Tomo Akikawabaya – The Invitation of The Dead 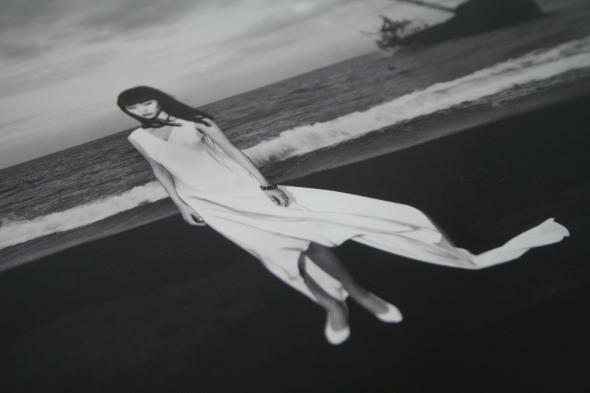 I can’t remember where I read that the 1980s was the decade Japan had been ready for, aesthetically at least, for centuries; a country regarded as so postmodern we might as well call it non-modern. Whether we think it’s true or not, it’s interesting an interesting angle from which to hear the country’s minimal synth; as a genre so grounded in coupling melancholia and ideas of the future, it works particularly well where that future appears clearer somehow, whatever that future might be. While certainly not a societal record – it’s really very intimate and existential – Tomo Akikawabaya’s The Invitation of the Dead provides a profusion of future melancholia, completely unphased and unseduced by the technology at its disposal. Synthesisers sound almost natural to him, the obvious expression of a private despair which could be in the 1980s and could be anytime that ever was. Minimal Wave’s choice of title, as ever, proves apt. 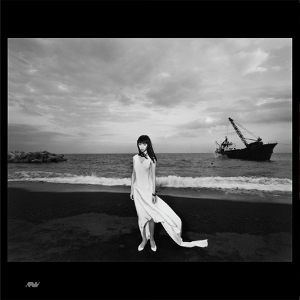 As it happens, it was 1984 when Akikawabaya released his double 12” The Castle on his own Castle Records, the entirety of which is pressed here and accompanied, on side D, by the three tracks originally featured on his 1985 single Anju. That title is of course a reference to the model, photographer and face of an era extraordinaire, Rena Anju, who graces all but one of Akikawabaya’s covers – as well as Yellow Magic Orchestra’s film Propaganda, in which she’s involved in neuro-neo-surrealist scenes involving a horse, a room filled with water and a stiletto.

The cultural landscape is reassuringly uncanny – but the music is generally much more discreet, reserved. Unlike YMO, or acts he is sometimes associated with such as Shinobu Narita, and also unlike Minimal Wave’s previous Japanese adventure Sympathy Nervous, there’s a lonely opaqueness to this record. It is music that lacks any kind of performed eccentricity. In fact the most engaging trait of this record might be the fact that we hear Akikawabaya’s grandeur as well as this unassuming, almost meek private character. The oscillation between the two is very attractive.

The record opens with “Rebirth”, 12 minutes of clangy soundscape and smooth chordy synths, a quasi goth ambient odyssey. So epic, windswept, mythical, painfully forlorn it is that the following dancey and delicious Mars comes as a complete surprise. The track is an absolute joy, and not only because of its placement: you’ll dance forever to its glossy trumpet-like synths, to its simplicity, to its square regular beat, and Akikawabaya gives a gorgeous performance as soulful heartbroken torch singer which burns a hole into your heart.

Side B contains a triptych, “Fire”, “Dark” and “Dizziness”, which sound like steps in the same ladder, moving down towards a kind of sonic and personal bewilderment. “Fire” and “Dark” are almost variations on the same melody, the same lyrical arrangement, and “Dizziness” seems to drag the simple, clean, cloudy synths of the first two anguished ballads – gentle, systematic drum machines, synthesised strings, candid, pastel-tinged tunes – into a kind of sonic tumble, a distortion of the palette.

There’s anguish here, and “The Invitation of the Dead” proves it; a steely, slow, cinematic piece, dark as anything, incredibly seductive. “Chair” and “Sleeping Sickness” meander on in the same vein: vast, held smooth synths, padded, muted key changes, a non-stop plaintiveness, distant violins, the odd screaming electric guitar. This is a dark but very polished record. It’s also very samey, but every moment of that sameness is spot on.

In fact the tracks taken from Anju, which close the record on a lighter note, are final movements that make us think of Akikawabaya as essentially an underground New Romantic artist, which is maybe the best way to look at him. No he didn’t tear up the canon of electronic music, but he used his modern pained soul to deliver a minimal, sincere album without frills and with great seriousness. This is an afternoon record, one of those records you might end up playing a lot, perhaps surprising yourself. More than a record it’s like finding a friend. You don’t know what he’s saying, but you know there’s a kinship. And an angular, creeping dance.