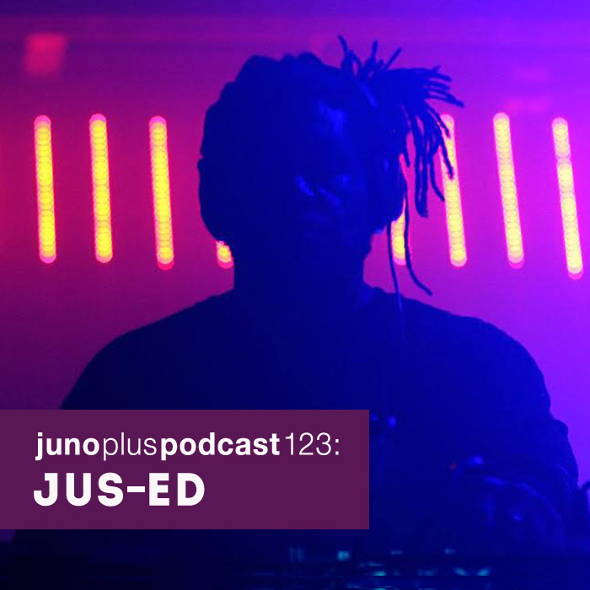 And now for something a bit special: a two-hour recording of the Underground Quality boss closing out the Sustain-Release main stage on Friday night.

Depending on when you catch him, Jus-Ed on the decks can be quite the unpredictable experience. Most who have come across him before expect a full dose of the gregarious New Jersey house staple’s personality by way of ample mic toasting in amongst refined selections of deep house aligned with his Underground Quality label. You can find Ed’s distinctive East coast tones scattered throughout his back catalogue, whether partnering up with Dubbyman, Nina Kraviz in her early days, or most recently Move D, and equally his intermittent Underground Quality radio show is always a hotbed of exuberant MCing in amongst heads-down grooves.

It’s fair to say that, around the likes of Fred P, Levon Vincent, DJ Qu and Joey Anderson that he keeps close company with, Ed’s cheery openness perhaps gets him pegged as an artist with a broader, accessible appeal. Even his wife Jenifa Mayanja is more reserved in the molding of her own artistic identity (and that of her Bu-Mako label), and yet just when you’re prepared for some rambunctious easy going house vibes and entertaining microphone frivolities from Jus Ed, he’ll do a switch on you and take you somewhere much more introspective.

So it came to be at the Sustain-Release festival, as our own Brendan Arnott discovered. The festival in New York’s Catskill Mountains hit its second year this year under the guidance of Aurora Halal and Zara Wladawsky, and aside from sets by Interplanetary Prophets, The Black Madonna, Kassem Mosse and the aforementioned Mayanja, Ed was tasked with closing out the main stage on the Friday night. As Arnott put it himself in his review of the event, Jus Ed’s “set was categorised by a somber, heady seriousness – providing swirling house numbers that bled into each other, only breaking a smile when a moth from the woods outside repeatedly found its way into his DJ spotlight.”

We’re privileged to be able to share that very performance with you now, and while the majority of the performance is indeed focused on the moodier aspects of Ed’s style, there’s still space for some smatterings of endearing patter where it counts. No tracklisting, no questions and answers, jus’ two hours of Jus-Ed.