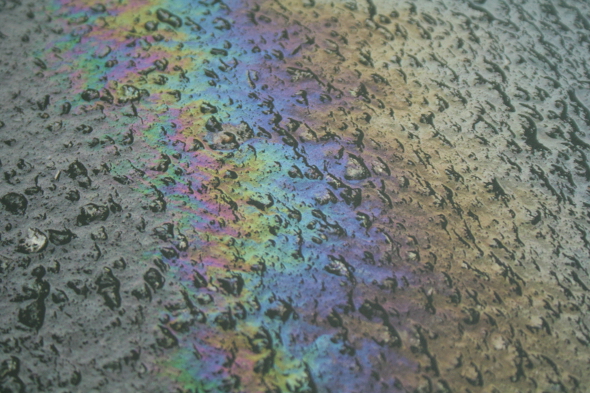 Big beats from Andrea and Randomer, to the more chilled out house variety from Pacific Rhythm and Public Possession. Further more Trevor Jackson has a new compilation, Dez Williams is back, and so is Laurel Halo, Jam City and more.

Following the seismic presence of the double-pronged Duckett release, UntilMyHeartStops continue to dig deeper than most in search of artists that speak just the right kind of alien language. Lubin is not too far removed from the label having previously stepped out on former UMHS-er Area’s Kimochi imprint, and certainly the otherworldly atmospheres that emanate from the four tracks on this 12” echo the sentiments of other releases by Joey Anderson, Matthew Wieck and more. There is a sense of percussive urgency about “Flooring Operations”, while “Meditation Garden” piles up a purposeful techno loop, but there is ample space for cosmic melodic incantations to bring a different kind of feeling into the mix. “Ambivalent Robot” and “Chloroform” on the flip have a softer approach, with the former especially charming in its springy, skipping construction.
Listen/buy vinyl

One of the most enjoyable things about a new Public Possession record landing is that you never quite now what to expect. The most recent transmissions from the Munich-based operation have seen Obalski dropping a surreal cocktail of loose-fit house and experimentalism, and Bell Towers creating a bubbling chant-along anthem in “Hyper-Realised Self”. As TMO, Leonid Lipelis has only released one prior single on 303 State, but he does have past form on L.I.E.S. amongst other labels, and such affiliations make sense when you hear the sensual acid throb of “Melodic Jam” sliding into earshot on the A side of this single. It’s a measured, adaptable take on hardware house music that focuses on clear, concise composition over trendy distortion, and even if the B side “Jam IV” gets a little grubbier in the mix it’s still delivered in with plenty of hooky craft at its core.
Listen/buy vinyl 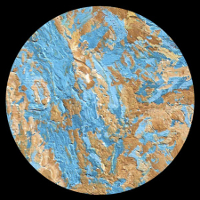 Italian producer Andrea has been edging into the limelight over the past couple of years thanks to a fruitful partnership with Ilian Tape. The Zenker Brothers’ label has increasingly built up its own aesthetic that draws on elements of UK hardcore tradition and marries them with European techno sensibilities in a genuinely captivating way, and so on his second solo release for the label Andrea once more explores this intriguing creative remit. “Outlines” lets the militant drums step out in front while emotive billows of pad drift across the panorama of the track, before “Rainbow” heads into a more electronica-concerned configuration powered by a broken beat and laced with swirling autumnal melodies. “Machine” sounds positively effervescent by comparison, its fist-pumping rhythm section reaching to the heavens in a bout of optimism, but then “Choral” is on hand to burrow back into introspection with a 2562-flavoured step to its clattering percussion.
Listen/buy vinyl 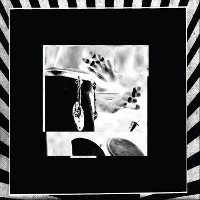 Rohan Walder has had quite a musical evolution over the seven years since he first started releasing music, drifting through labels such as Fat! And Tru Thoughts, Numbers and Hemlock to end up in the noise-friendly techno patch he calls home these days. After dropping the Residents single on L.I.E.S. last year he returns to the label with a five-track release packed full of compositional flair and a knack for processing outboard sounds. “Brutus” seeks to bring a new kind of percussive verve to the gritty techno table rather than relying on the same old chopped up breaks, while “Dem Thing” capitalises on warbling ring modulated melodies and a woody beat thump that is impossible to refute. “Kid’s Play” and “Bell Jam” meanwhile explore intricate beat constructions in a form unconcerned with dancefloor demands, while “Juju” flirts with this notion without dropping the internal pulse of a 4/4 beat.
Listen/buy vinyl

After delivering his second, and somewhat opinion-splitting, album back in March, Jam City returns to Night Slugs with a new 12″ that displays clear intention to revisit some of Dream A Garden’s stand-out moments and give them an alternative focus. “Walk Down Chapel” gets its component parts reduced down into a “Dub Mix” that lets the clanging industrial drums fall in a slow lurching house arrangement layered with grainy melodics. The “Special Mix” of “Crisis” takes things even slower, its boogie beat layered up with massive booms of bass and harmonious chunks of melody colliding together with that unmistakable Jam City panache. As an added bonus, Jam includes the previously unheard new cut “Dream ‘15’” which keeps the surreal mood up with its dynamic push and pull of different elements pursuing the same emotive end goal but being scuppered by wild production techniques along the way.
Listen/buy vinyl 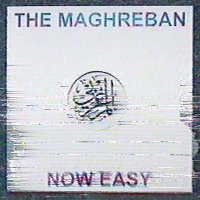 Sice debuting under the name last year, The Maghreban has been dominating with a total of eight releases, including two on Versatile, with the Wonder Woman EP in particular catching our ear at Juno Plus some weeks ago. He now presents his second 12” for his own Zoot and the A-side presents two versions of the same “Now Easy”. The first is a slow, dubby, and very grubby, slo-mo techno jam that hovers around the 100BPM mark with skittering hi-hats that almost seem too fast. Check out the walking bassline too. The A2 delivers a 142 dub, lifting the tracks pace to somewhere around the footwork tempo, and it’s an interesting experiment in BPM shuffling to say the least. The Mags retreats back to his commonly known housey vibe with some Detroit disco, house and techno stylings in “Not Good”, and “Hi Top” is a sultry as it is quirky with a slight Middle Eastern tip.
Listen/buy vinyl 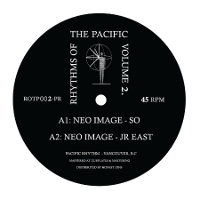 Vancouver’s Pacific Rhythm crew surface once more with their second release and opt to retain the focus on canvassing the wide range of local talent. Rhythms of the Pacific Volume 2 does however seek out some lesser known B.C. talent with cuts coming from Neo Image, D Tiffany and Florist. As is the way that comes with house music from that part of the world, all tracks are dipped in a warm coat of tape hiss, and you’ll find the new age motifs on the record come through most on Neo Image’s “So” and D Tiffany’s bubbling “Orange Crush” (Plush Managements mix)”. Florist’s drum programming delivers something a little more complex and check out those sequenced hats on “JR East”. God bles the 606.
Listen/buy vinyl 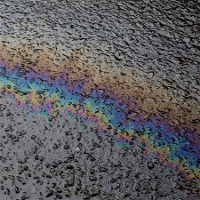 We’re still not really sure whether we call this an album or eight-track EP here at Juno Plus, but there’s no denying this a quality record. It’s Halo’s first official outing since the 2013 LP Chances of Rain, and as the clichés go; it’s been worth the wait. In Situ is a pretty drowsy affair all round, with tracks like “Situation” and “Leaves” switching between dubby and the atmospheric to complex and beat down. “Nebenwirkungen” is a track that could easily find its way on to a Editions Mego release, while “Nimrud” is reminiscent to some of the sounds heard on Raica’s Dose LP.  For challenging music that’s not pretentiously academic, while touching on the stranger strains of electronic music, this will fill the void just nicely.
Listen/buy vinyl 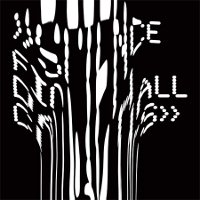 It’s around about now you need to sound off some kind of alarm because the always faithful Trevor Jackson delivers the compilation goods once again. This time around the walking musical encyclopaedia puts together a choice selection of material Adrian Sherwood originally released on his seminal On-U Sound label, and it’s the perfect excuse for a new audience who may have been introduced to the man via his collaboration with Pinch ealier this year. You’ll find quintessential label cuts by African Head Charge and Dub Syndicate to Sherwood side projects like Missing Brazilians, to Neneh Cherry and much more. So much to discover here.
Listen/buy vinyl 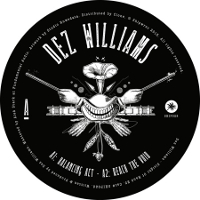 It’s always pleasing to see a legend of the scene start to receive the wider recognition they deserve, and a case in point here is Dez Williams. The devout electro producer’s records have been hitting the shelves for nearly 15 years now, and his own Elektronik Religion has put out the brunt of his own material. It comes as no complete surprise then that Williams surfaces on Shipwrec, a Dutch label that’s dominated the electro genre in recent times with releases from Ekman, The Exaltics (featuring some of our favourite artwork), Chris Moss Acid and Plant42. This five-track Sleight Of Hand EP sees Williams deliver some banging acid techno, and the deeper variety, in “Balancing Act” and “Slave Driver”, while the A2 delves into deeper, more electro laden 303 waters. And for a cool finish, check out the icy cold “”Dyre Strayt”.
Listen/buy vinyl