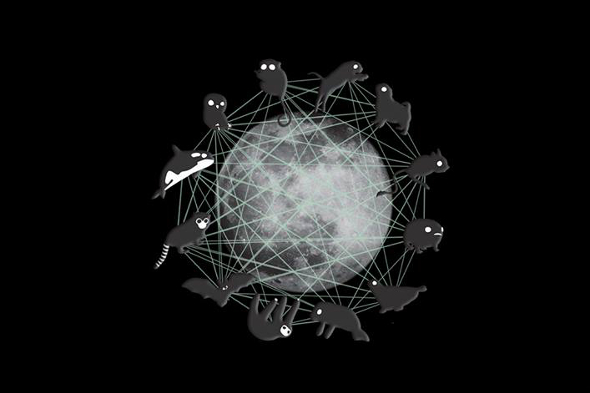 In the upsurge of cassette labels, there has been a rise in the number of truly intriguing artists who seem to exist only in the spool-based sphere, reserved for those listeners still committed to the idiosyncratic charm of the archaic medium. Equally there have been some labels that have risen to prominence through their keen instinct for the kind of artists that suit the format, and 1080p surely stands tall as one of the key protagonists in the field. Considering the dizzying heft of the Vancouver-based label’s release schedule, it’s sometimes hard to get a tangible grip on the best that they have to offer, but Ramzi shines through as one of the most immediately exciting enchanters to emerge from the reels. 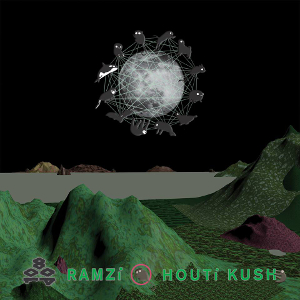 Equally operating out of the West Canadian metropolis (an area brimming with production talent these days it would seem), Phoebé Guillemot has already established her particular approach through two separate albums on Los Discos Enfantasmes and Pygmy Animals, laying down a sonic aesthetic that seems to run consistently though all her work while possessing boundless mileage for the fresh and invigorating. That’s not an easy tightrope to walk, running the risk of either kowtowing to monotony or getting lost in directionless eclecticism, but Guillemot has struck upon a genuinely vibrant approach that twists and turns without ever leaving a wonderfully exotic mindstate.

Listening to Houti Kush, it’s hard to fall foul of the modern malaise of idle track skimming and skipping, as once the music has you it feels so overwhelmingly unappealing to step out of it. The formula (if it’s not a disservice to call it that) rests on a tropical palette brimming with jungle noises, swirling effects and lopsided machine rhythms, glistening with melodies played out with a hypnagogic surreality that remains a joy to drift through from start to finish.

Fitting for the final cassette destination, the tracks on Houti Kush blend together like a mixtape for the astral plane, gently drifting from one fascinating scene to another. That said, this is far from ambient music, as every track blooms with detail that at times comes on cluttered, but never to its detriment. Much of the sound is synthetically crafted, but on a track such as “Houti Kindom” it’s hard to imagine anything other than a musical ecosystem growing far from any human interference. Whether through rippling delays, or the flirtatious interplay between a myriad of scrapes, titters and wobbles, the whole thing lives and breathes in a most addictive way.

Somewhere between a beautiful depiction of an alien language and a vision of how the future could look if we didn’t lose sight of our organic roots, Ramzi’s music is nothing short of stellar. To manage to be fun, cerebral, ludicrous and artful in the same beat and never slip into pastiche is a rare treat, and Ramzi nails the craft perfectly.