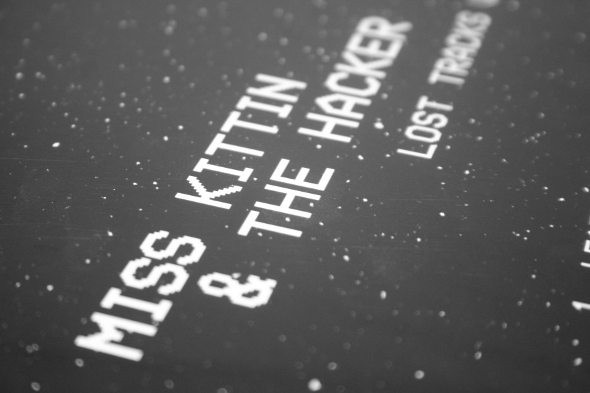 Flashback: I’m back at a Mediterranean pool party in a miniskirt made out of a binbag having an incoherent conversation about how awful it is to work in the fashion industry when none of us ever worked in the fashion industry. Bravo, Dark Entries, for putting out records that are interesting nevermind how brutal the memories they conjure might be. Odd decision, to dig through the studio offcuts of Miss Kittin and The Hacker, but an interesting one. Following Josh Cheon’s mantra “if I like it, I’ll put it out”, as he told Richard Brophy on Juno Plus, there’s a certain logic to the move as well. I remember buying a CD compilation by INCredible called This Is Not The ‘80s years ago in an Athens record store which featured a number of Kittin and co. tracks and thinking mmm, yes well, this is not the ‘80s but it undoubtedly descends from there. 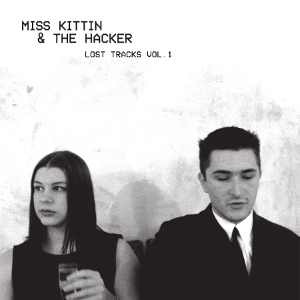 Miss Kittin and The Hacker themselves had cemented their affiliation to the more mainstream shores of new wave in their own “1982” a few years before then – it’s not the ‘80s, but it’s a cocaine-tinged, MTV-gorged, EU-disillusioned and much more cynical approopriation of the era, which might just retain some of its magnetism. The world of the Hervé-Amato duo was one of trashy, inky European paranoia which recited pointless mantras in auto pilot. A world which pushed buttons on a synthesizer not in search of interesting sounds but as the most authentic form of fakeness one could possibly hark back to.

This EP of ‘lost tracks recorded between 1997 and 1999’ reminds the listener of all of that, and it’s rather illuminating. For one thing, because that time is over, but also because the rawness of these demo tracks. They feel like demos too, as yet lacking that last coat of rubber-red varnish, and shows them to us in a certain innocence, gets us into the plastic without the mask.  “Leather Forever”, for example, belongs in a kind of dreamy electroclash rather dissimilar to anything they actually released at the time. There’s an intensely heard-before drum machine, starry whirling disco synths, but unlike any of the finished products, there’s something languidly idle about it. A strange mixture of two moods, the duo’s classic nocturama with a lazy diurnal pinkish feel which makes the whole thing much odder, and actually more fun-lovingly perverse (‘screaming I love you with a belt around my neck’).

“Nightlife” however proves to be more mysterious than the S&M anthem that precedes it, more unsettling and almost unnervingly subdued. Caroline Hervé displays her signature style for delivery, what might or might not be proto-political reflections (‘sexy nightlife in Berlin: East? Or West? Or in between? ) in a cheeky playground tone. As an added bonus, she sounds like she’s talking from underneath a car seat, a whole range of impressions which nobody’s quite been able to match.

On “Miss Crazy Bullshit” she’s so filtered she sounds gagged in a stream of ribbons of synth staircases and dirty, squelchy pulses reminiscent of I-f’s Space Invaders are Smoking Grass or of the slower shores of Dopplereffekt’s early, odder pieces. “Loving the Alien” closes the show, updating a sci-fi dream with great allure, marrying an alien to escape the horrors of human behaviour. Michel Amato gives into his most Italo-tinged, cosmic dreams, alternating obsessive rhythms with squeaking eerie modulations. It might be naive, but it’s a song about transgression and bewilderment, and hammers home how these two were up to some sumptuous stuff in a dance scene which, after all, they weren’t completely in line with.

They were maintaining strange balances of old and new, elegant and vulgar, vain and introspective and as much have they might have crashed into the mirror of their own consciously-performed superficiality (especially Miss Kittin, whose later stuff really didn’t rise to the challange), they were making music about difference, about fucked-upness, and that’s worth defending. Unlike some of their peers, the glistening Miss Kittin and The Hacker duo might just avoid aging badly, and end up brilliantly crystallised, frozen in time.