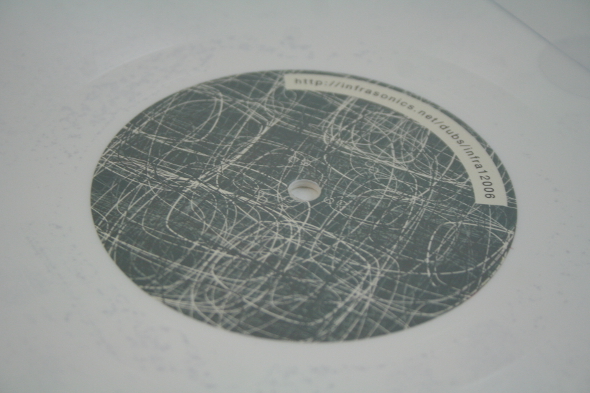 When Spatial first emerged in late 2008, dubstep was wholeheartedly entering its mutation phase, splicing cells with techno, electro and drum & bass to create the groundwork for what could only be described as a wonderfully amorphous electronic music scene as we know it today. The first of his own Infrasonics releases, with their crisp presentation and equally aerodynamic production rightly turned heads, seeming to tap into the funky possibilities of minimal techno and cheeky 2-step getting it on around the 140 bpm margin. The label branched out to include an early (and decidedly different) appearance from Ike Release, as well as the likes of xxxy and Jamie Grind, and it seemed as though a little of the needlepoint focus had perhaps been lost in a reflection of the dizzying new tributaries springing up away from that thrill of the new that dubstep brought about. 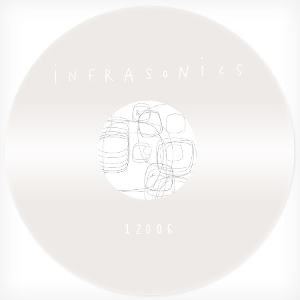 Spatial himself however seemed to fare just fine, moving on to beefier productions for Well Rounded, WNCL and, somewhat surprisingly, Ultramajic. For the past few years Infrasonics has lain dormant, and now as it re-emerges it feels like a return to the aesthetic that made it so appealing to start with. This isn’t to say that the tracks Spatial has delivered are simply retreading old ground, but they make sense in the context of those earlier, numerically titled cuts. The space is palpable, the top end percussion sharp and the synth touches carefully considered. In the simplest terms, it’s a return to that minimal, steppy sound that worked so well the first time.

It’s not all repetition though, and along the way Spatial has undoubtedly picked up some sonic heft that lends a certain presence to the tracks. “HeLa” has a kick that positively bursts gut-first out of the arrangement, and not at the expense of the dexterity of the track. The melodic flourishes too move with a certain confidence that was perhaps muted in the early tracks, as plush Detroit chords nip in and out with a teasing control that adds a great deal to the groove. Indeed at times the techno in Spatial’s sound is perhaps more evident, but it acts like an assured glue that lodges the track firmly in front of your face where the others dealt in more subtle ways.

There is still plenty of space for the sneaky, tricksy drum programming too, as “Referent” displays with its swerving, jagged arrangement in the lead in. The synth stabs too come on in more nervy tones, only to switch up with the fluorescent second phrase, leading to a devilish dervish of many component parts. In the past that aspect to Spatial’s work has teetered close to a cluttered end result, but here the requisite space is afforded, the correct elements given the necessary punch, and so the track comes off as an audacious oddball effort that truly works.

While sometimes backwards comparison can feel a little counterproductive towards evaluating the work of a musician, in this case it’s hard not to see the considered nod to Spatial’s first steps. It makes it all the more rewarding to see how he’s paid tribute to those exciting beginnings, drawn on his subsequent experiences, and genuinely built on them to make something ultimately stronger.