Drvg Cvltvre stabs The Right Knife In The Right Back 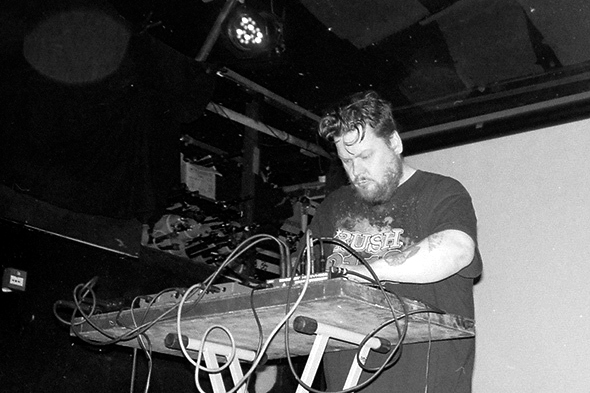 The new single from the Dutch producer kicks off the Poverty Is Violence label with a remix in tow from Specter.

You’re never left wanting for new material from Vincent Koreman. In 2015 alone he has released four standalone 12”s, a split cassette with Ekman, a split 10” with Umwelt, and appeared on a compilation on Tutamen. It’s a level of prolificacy that has kept up for much of his career, both in recent years as Drvg Cvltvre and reaching back into the 90s as Ra-X, with his own New York Haunted label now acting as a direct self-distributed conduit for his own works and those of close friends. Meanwhile Nick Dunton and Carlton Ravenberg, jointly responsible for starting up new label Poverty Is Violence, have both got sizable backstories in music themselves. Dunton is best known as one half of The 65D Mavericks, as well as being jointly responsible for esteemed British techno imprint Surface. Ravenberg has a variety of projects on the bubble, from work as Charlton that appears on Krill and M_Rec through to the Tapirus alias that has popped up on Emphasis and Midnight Shift.

Dunton and Ravenberg have started Poverty Is Violence as a loosely affiliated label to Surface, and deemed Koreman the right man for the job to kick off proceedings in true murky style. The sinister acid lines that mark out Drvg Cvltvre work are ever-present, laden with grimy outboard processing and a playful bent, and to ensure the record has the appropriate impact Detroit player Specter has been invited to deliver a remix of “Drone Strike” that simmers the original into a version full of restrained malicious intent. Ahead of the release of the record at the end of September you can feast below on a fine video crafted by the29nov films that might be best avoided if you have any kind of aversion to strobes.

Poverty Is Violence will release The Right Knife In The Right Back by Drvg Cvltvre on September 28. 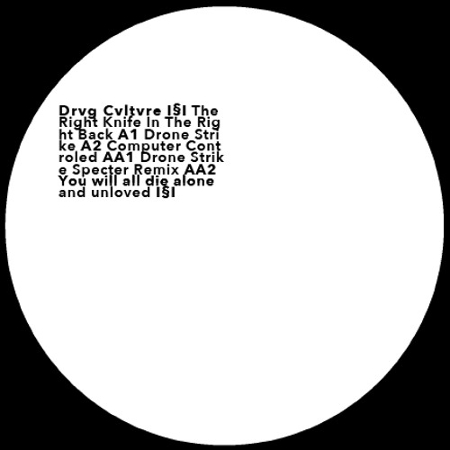