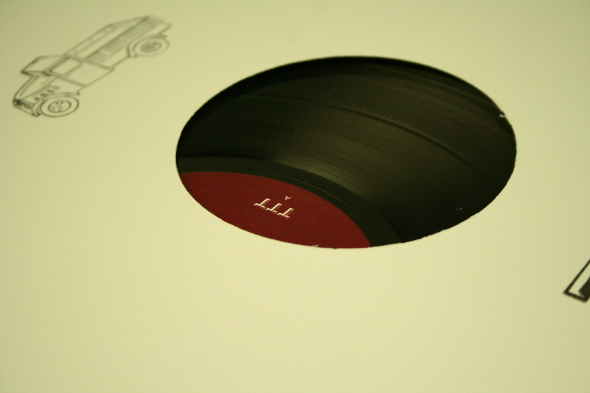 On paper, this TTT collaboration between two of Paris’s more interesting producers of recent times seems a little unlikely. On one hand, you have L.I.E.S regular and Editions Gravats co-owner Low Jack, a producer whose distinctive output has blurred the boundaries between industrial-influenced stripped back techno, experimental noise, dirt-encrusted ambience and opium-soaked. On the other, there’s D.K., whose recent releases for Antinote have been almost the opposite: breezy, picturesque, warm and melodious, with clear Balearic and new age house influences. While his releases under the alternative 45 ACP alias have been a little on the dustier, more distorted side – particularly the Change of Tone mini-album on L.I.E.S – unfettered beauty and positive mood enhancement remain the foundation of his output. 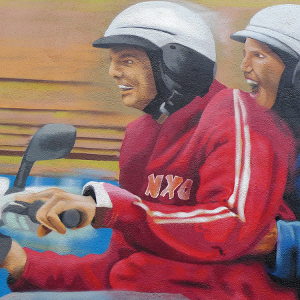 Bearing in mind the stark contrast between the two producers’ solo styles, you’d perhaps expect Glasshouse Mountains, their first collaborative release under the Slack DJs alias, to sit somewhere between the two, with flashes of intense beauty and smile inducing tunefulness encased in several feet of industrial strength aural rubble. In fact, it’s a lot more dystopian than that, despite occasional nods to the gentle bliss and vibrant aural colours associated with D.K.’s output. In truth, though, these moments are few and far between. Taken as a whole, Glasshouse Mountains makes for undeniably edgy and unsettling listening.

Opener “Hoops” sets the tone, coming on like a half-awake taxi ride through bleak Parisian suburbs while gripped by intense paranoia and the after-effects of psychoactive drugs. The rhythms are off-kilter and unusual, with beat patterns that change constantly. Add disembodied voices, sped-up and dubbed-out keyboard notes, and deconstructed rave influences – motifs that would, in other hands, be retro-futurist riffs, but here only serve to add to the confused mood – and you have something that’s as bizarre as it is strangely spellbinding. All of this, of course, comes drenched in distortion and audio muck.

This post apocalyptic, end-of-days feel extends to “77501”, whose audio soup does at least contain a prominent, repetitive synthesizer chord that sounds like it was forged from the sparks created during the steel-shaping process. “77501” features plenty of metallic noises amongst the sampled voices, interwoven textures and vinyl crackle that make up its’ distinctive ambient backing track. There are percussive elements, but these are merely additional noises to enhance to the unusual – if strangely attractive – mood.

The hand of D.K. is perhaps more evident on the flipside, where the title track is explored in two contrasting mixes. Built around manipulated, minor key chords and a discordant, almost broken techno rhythm, “Glasshouse Mountains (Mix 1)” is every bit as dystopian and unsettling as its predecessors. It stops, starts and shifts focus repeatedly, seemingly refusing to settle, but boasts a simple clarity lacking from the A-side experiments. Of course, there’s still plenty of noise to muddle matters, but this never overwhelms the central musical message.

It’s left to the second mix – the EP’s quietly triumphant conclusion – to redress the balance. Through a haze of distorted, fuzzy textures and busted synthesizers, a central melody slowly rises and falls, accompanied by occasional, similarly ear-pleasing marimba lines. There are disembodied percussive hits and twisted attempts at rhythm, but these only emphasize the yearning beauty of the duo’s far-out ambient broth. It feels like a fittingly balanced and becalmed end to an otherwise cacophonous and daring release.