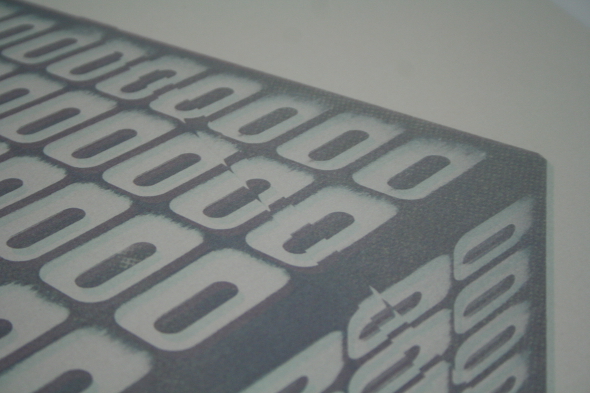 In these retro-fetishistic times, there are certain aesthetic signifiers and inspiration sources from yesteryear that will hold constant creative allure, whether it be sun bleached photographs, VHS interference or 20th century futurist architecture. Of course all new ideas have an element of something prior in their DNA, but in this savagely fast age in which we live, the feeling of nostalgia for mediums and motifs from past decades grows ever stronger. On his first album as The Host, Barry ‘Boxcutter’ Lynn was able to create such a sensation through affectionate digs at the early days of mass home computing, with such knowing titles as “Neo-Geocities” and “Tryptamine Sweep” stirring up misty-eyed reminiscence in any ‘90s child with access to a PC.

Now he returns with an album that touches on different thematic points that loosely hover around secret communities and social experiments, conjuring up thoughts of idealistic cults and sinister studies with a vivid imagery that manages to be both chilling and enchanting at the same time. Of course such imagery is purely subjective, and largely guided by the stated themes as much as the music itself, but it radiates out of Esalen Lectures with a similar potency to the Branch Davidian backdrop to Boards Of Canada’s In A Beautiful Place Out In the Country EP.

At sixteen songs and just 32 minutes running time, Easlen Lectures certainly needs to be consumed as a whole, but the depth and breadth the music takes you to in that time is quite remarkable. For a largely calm, ambient experience, the grinding clamour of opening sequence “Begin” is quite misleading, felling towering slabs of sonic concrete before the folky guitar arpeggios of “Praxis I” clear the air. It’s in the haunting lilt of synthesiser tones that the overall typical shape of the album unfolds, reflecting the expressive, organic production qualities Lynn has always displayed as Boxcutter as much as in his more ambient mode. The cascading notes of “Sunset Induction” and the haunting warbles of “Minerva Dreamstate” speak the kind of alien language synthesis was built for.

It’s the stark imagery that makes the album such a vivid ride though. There is a whisper of sterile laboratory calm about the subtle bass guitar harmonics of “Submersion”, while the gentle drift of “Peri-Natal Imprinting” teases out an image of a 60s infomercial for a religious retreat, all blue skies, green grass and billowing white robes. At times the mood is almost exuberantly joyous, as on the skyward reaching reverse tones of “Primate Change”, but there lingers a background creepiness that creates this wonderful duality in the listening experience.

When he spoke to Juno Plus about the album, Lynn was keen to point out that the stated reference points were only a part of the picture, and that the listener should work out the rest. That said, they provide a perfect angle of approach to the music, giving the imagination something to work with. Perhaps one day technology will have reached a point where every listener can exchange their own mental imagery from listening to an album and see how it compares (a Black Mirror premise if ever I heard one), but until then the experience will remain a private one. Whatever the case Esalen Lectures remains an engrossing, beautifully crafted listen from end to end, albeit over in a flash.

A1. Begin
A2. Praxis I
A3. World Citizen
A4. Submersion
A5. Peri-Natal Imprinting
A6. Praxis II
A7. Primate Change
A8. Suggestogen
A9. Sunset Induction
B1. Minerva Dreamstate
B2. Subproject 58
B3. Belief Formation
B4. Neo-Primitive
B5. DARPA Spectrum
B6. Praxis III