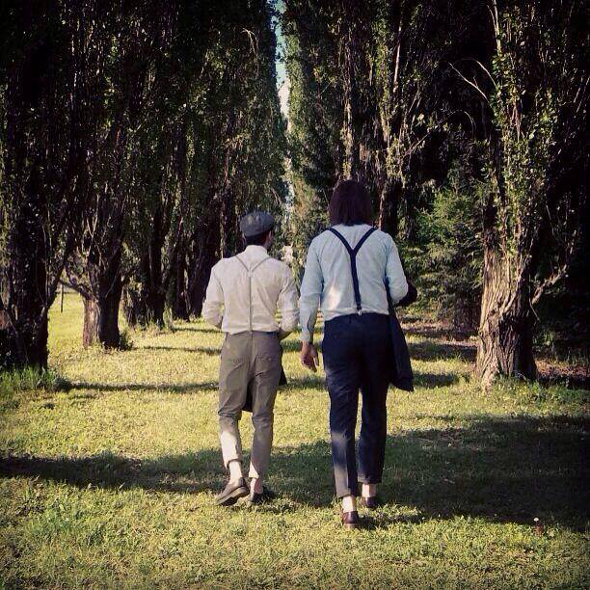 The illusive project returns to Rush Hour’s No ‘Label’ with a five-track doublepack going out to DJ Peppe.

Last year Stump Valley materialised on Off Minor with the five-track Hollywood EP, and since then the project, described by founder Jordan Czamanski as “pretty mysterious”, have gone on to issue records on Rush Hour’s No ‘Label’ and most recently the Recorded At Summer Forest Camp four-track for Uzuri. Stump Valley are set to return to Rush Hour’s No ‘Label’ in late August with the Magica Movida EP that provides three fully fledged productions alongside a drum tool of lead cut “Oceans Refuse No River” and two Mtrpls mixes of the John Carpenter referencing “Escape from L.A.”

It’s been a stand out year for No ‘Label’ in 2015, and highlights include Willie Burns’ Black Deer project (“Pray For Us” a contender for track of the year), Olmo Devin & Morgan Buckley’s spun out mini-album Shplittin’ The Shtones and the Lushlyfe EP made by the aforementioned Czamanski ‎under his solo moniker Jordan GCZ. Stump Valley’s return for No ‘Label’ duty is said to be a tribute to “DJ Peppe and his inspirational Magica Movida mixtapes,” and for an idea of what that means check out “Sunshine Hotel” streaming in full below, and for other clips visit the Rush Hour website.

Rush Hour’s No Label will release Magica Movida by Stump Valley in August.

Rush Hour No ‘Label’ on Juno