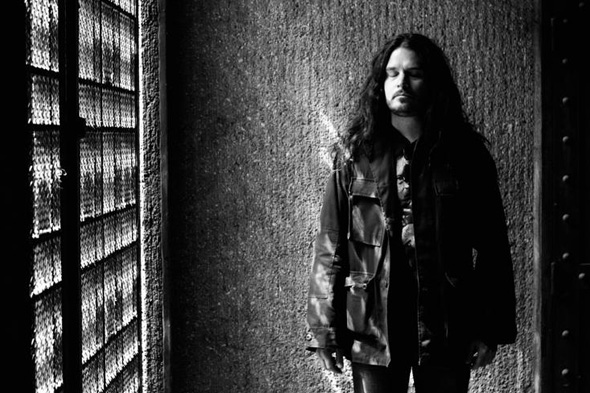 As a band leader in his own right, Stephen O’Malley has accomplished much in the field of drone and doom. Sunn O))) have a staggering reputation that has made the notion of sustained notes and swelling feedback a popular concept outside of the niche circles such practices can often be confined to. Aside from that and many many more group efforts, as a solo artist O’Malley has delivered albums and EPs to labels such as Editions Mego, ideal Recordings, Touch and more besides, consistently pushing his music in new directions without edging towards compromise. Most recently he could be heard alongside Oren Ambarchi and Randall Dunn on the Shade Themes From Kairos album for Drag City, but now he has turned his hand to a new venture for Demdike Stare’s DDS label.

Recent releases from Miles Whittaker and Sean Canty’s imprint have included a controversial Shackleton/Demdike Stare dubplate, and the Micachu Feeling Romantic Feeling Tropical Feeling Ill mixtape, and this release might top them all for sheer ambition. Guidés is the result of O’Malley being approached to try his hand at orchestral composition at the behest of noted pianist Frédéric Blondy on behalf of the 35-piece improv orchestra ONCEIM. O’Malley proceeded to develop a piece based on long sustained notes that merge into a 35 minute piece, somewhat sadistically requiring string and woodwind players to hold notes for minutes at a time. Recorded at Saint Merry church in Paris, the piece is packaged in artwork conceived by O’Malley himself alongside Jean-Luc Verna.

DDS will release Gruidés by Stephen O’Malley on July 24.