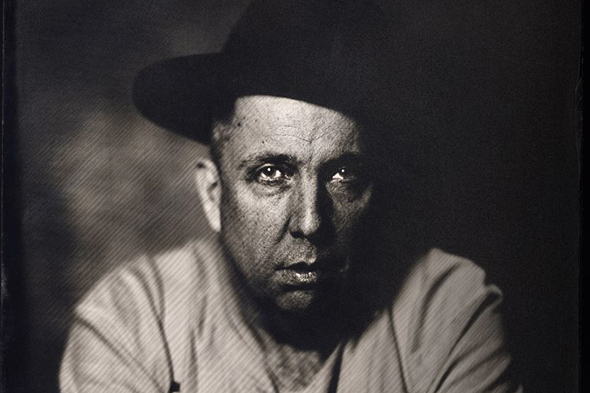 The new label will be a subscription-only affair with a focus on emerging folk and pop artists.

With nearly three decades worth of output, experience and stories in the music industry, it is no exaggeration to say Andrew Weatherall has been involved in a fair share of record labels in this period. The most recent of these, the vinyl-only Bird Scarer, appears to have slowed down after an initial burst of releases from Timothy J. Fairplay and Scott Fraser, with the recent Duncan Grey 12″, The No Safe Word EP, the label’s first since 2013. Whilst it has not been made clear, perhaps the scale back in Bird Scarer output is down to Weatherall focusing attentions on a new label called Moine Dubh which launches in September.

Alluded to in Weatherall’s contribution to the RA podcast series earlier this year, Moine Dubh (pronounced moyn doo) is a subscription-based vinyl only label focusing on emergent folk and pop acts and takes it’s name from the Gaelic expression for “deep black peat peculiar to Irish bogs”. A fanciful press release for the label has Weatherall suggesting the music on Moine Dubh was discovered quite by accident and can be read in full below.

“Somewhere within an area bounded by Zola’s residence in exile, Pissarro’s paint pots, Marconi’s mistakenly Martian message receiver and the site of a Spurgeon sermon lies a tract of boggy ground of which not even ardent foragers are aware. It was whilst digging for peat on this land that my spade struck the metal box. A box buried in the rich dark layer. A box buried in the moine dubh. On retrieving and opening what looked like an ammo tin I found it to be full of quarter inch magnetic tape. Tapes full of invocation, evocation and magick. Tapes full of music now committed to vinyl. Spells etched into totemic objects available from Moine Dubh Records.”

Moine Dubh will launch with a series of five 7″ singles that are available to collectively pre-order now from the label’s online store and will be released on a monthly basis from September 1 onwards. No official word on which acts feature on the label have been revealed so far so it’s quite the leap of faith on the part of loyal Weatherallists to get on board Moine Dubh. However a recent label launch at The House of St Barnabas featured performances from Barry Woolnough, Fireflies, Joe Duggan, Alan Maclean, Dani Cali, Lowroad, and Echowood which suggests these bands, all local to Crystal Palace, will be involved in Moine Dubh’s output. You can hear that launch in full below.

Moine Dubh will launch on September 1.