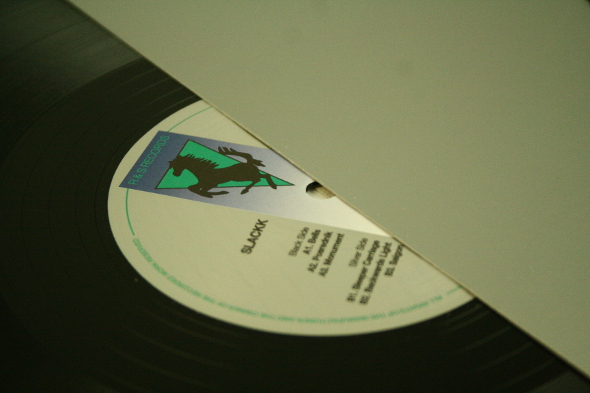 The growth of instrumental grime can be measured by the ongoing interest from genre-crossing labels. Late last year saw Mr. Mitch issue his debut album through Planet Mu and now is the time for one of his fellow Boxed residents Slackk, who debuts on R&S with new EP Backwards Light. The label had a huge impact on dance and especially rave music in the 1990s and developed an additional softer side after its revival in 2006. From that point on the label also had a heart for bass and breaks while keeping its fingers on the pulse of techno music. 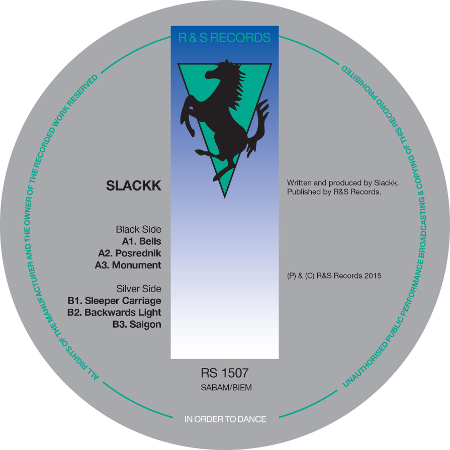 Slackk seems to be a perfectly fitting candidate for a step into the grime realm from R&S. Since his first release in 2010 the producer has continuously explored the possibilities of instrumental grime. He established himself with playful and warm sounding melodies woven around beats rooted in Grime and overlapping with other genres. Last year’s Palm Tree Fire LP for Local Action saw Slackk deliver instrumental grime that wasn’t necessarily focused on the dancefloor but still paid heed to its mighty subwoofers. With his knowledge of the genre’s history Slackk’s music is always closely connected to it; however, he does not make blueprint productions and always open to incorporate other types of music like ambient, UK funky or house.

With Backwards Light, Slackk keeps on focussing on melodies within diverse rhythm patterns. Recurrent elements for creating these warm and melancholic vibes are various types of string or flute instruments. The driving force in “Bells” is, as you might suspect a melody of bells, accompanied by strings and a squeaking synthesizer. The beat is driven by lightly stepping bass drums and a lively bassline. Claps and other percussive elements bring additional dynamics into the track that’s constantly moving forward. In “Posrednik” the beat is insistently stumbling forward; somehow threatening synthetic strings are supporting the eruptive character of the track and lay the ground for acid-synths. Unfortunately this actually hyperactive track gradually loses a bit of its drive.

After the melodic intro of “Monument”, a corny synthesizer, vocal samples and fierce claps combine as the track gains sonic heaviness and pressure. It’s the soundtrack to a melancholically raging dancefloor. “Sleeper Carriage” ties to that feeling too with a broad and heavy synth wall and light but sweeping drums. In the title track the sound of a flute meets Eski-sounds and clapping, echoing percussion. From time to time a subcutaneous bass drum comes in and shoves the net of melodies to keep it moving. Synthetic zithers return in full effect in “Saigon”, a reminder of video game soundtracks with whirling melodies and a glimpse at Slackk doing straight house music arrangements.

Like previous Slackk releases, Backwards Light does not focus on delivering dancefloor tools. Slackk’s tracks are rich of melodies and ideas showing a producer still eager to explore the wide possibilities of crossing grime with other styles and to conquer new fields. And hopefully a wider audience thanks to R&S.

A1. Bells
A2. Posrednik
A3. Monument
B1. Sleeper Carriage
B2. Backwards Light
B3. Saigon