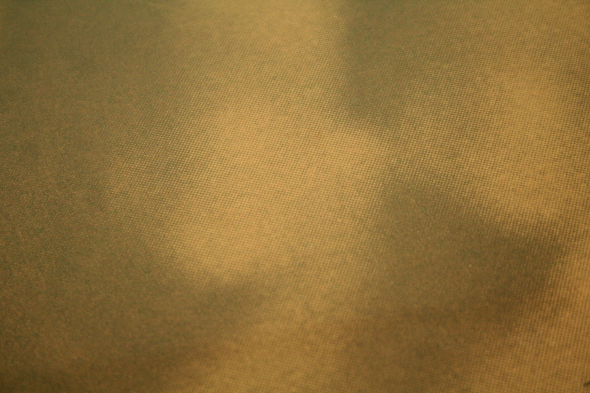 Even in the throes of the 21st Century’s so-called power ambient and it’s contemporary landscapes of really very interesting electronic despair, it’s quite rare to find an album that sounds inescapably present yet firmly engaged in a relationship with the past. Also rare is the album that comes shrouded in a crisp, glossy, HD electronica which still remembers sincerely the feeling of the epic. It’s uncommon to find a true sense of occasion these days, a certain formality, or people who know how to indulge things without self-indulging. After 2013’s Retrieval, a discreet, even shy glimpse into what were clearly going to be much bigger things, Barnett + Coloccia return to Blackest Ever Black for their second LP which delivers all of the above. 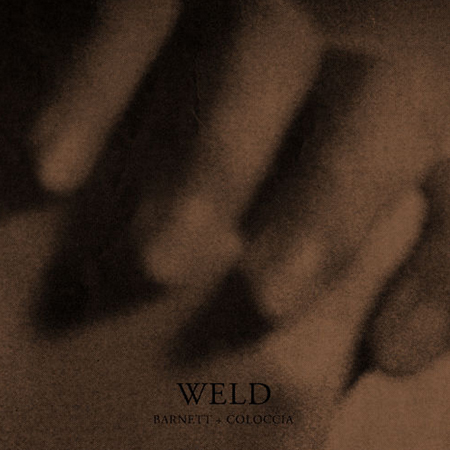 Washinton-based Faith Coloccia (Everlovely Lightningheart, Mammifer, co-founder of Sige Records) and Chicago resident Alex Barnett (Oakeater, Runawei, and a very active tape experimenter as a solo artist) seem to have conceived Weld as a kind of deep research. It’s evidently a philosophical beast too – press materials describe Weld as ‘searching for the sacred in the forgotten, listening for the pulse of the ancient, using technology to dream a folklore for a future age’. If this sounds a little academic, rest assured that the album is firm, unyielding, and dare I say, very entertaining.

It employs an extremely varied palette of sounds and tones, and a whole series of suggestions and influences, which feel inherited and never cited, nestled organically into the work. There’s something solid about this album, a knowingness, perhaps the result of some sort of cold sense of drama, a propension for theatricality which manages to not fall for itself, to not fall into vanity. It is also a patient record; as you listen you get a sense that you’re hearing the tip of an iceberg, the end of a road travelled, and not a rehearsal.

Weld opens on the menacing “Truth Teller”, definitely the ‘power’ in Barnett + Coloccia’s special breed of power ambient, and progresses into the intricate bangs and buzzes of “Dreamsnake”. This is the kind of industrial techno track that progresses through different ambiences impossible to keep control over as a listener; you have to trust, follow it through brutal beats and airy quiet moments, and stay with its complexity. And if you do, you reach yet another sonic world, the crashing waves of white noise and glassy pulses of “Healer” and then you’re in Weld, you inhabit the record, and the record inhabits you. “Blight” is something like a strobe in a rainforest; there’s something military about the alarm-like synthesizer, throbbing alone and monotonous in a soundscape of insectoid, lacy sounds that shiver through the severe pulse.

Paradoxically it’s these heavy switches in atmosphere over the course of the work that determine this record’s allure on the listener. Things stay interesting and sensorially encompassing, disparate sonic materials are treated coherently, leading you into a strangely rich state of trance. The Prophet 5 on “AM Horizon” sounds like Kraftwerk’s “Showroom Dummies” at 33rpm, like a kind of forlorn version of the legendary German act for the modern age, iconic and deeply felt. The track evolves into a suspended watchfulness, interrupted by a stark, thick beat.

Cold war feelings moving into the breezy, cold wind of the now, which blows also, and fascinatingly, into the final and equally mezmerising tracks on the LP. In “Rose Eye” a frightening iciness, given by Barnett’s piercing thin tones and Coloccia’s otherworldly broken howl, delivers something like an electroacoustic nightmare. “Agate Cross” is a harpsichordy, poised thing, and the stabs on “Ash Grove” show more concrète flair for horror and concentration, perfectly positioned as a closing piece.

Barnett + Coloccia have made a great record for today, a reason to keep searching for what matters. Weld is masterful, luscious and extremely generous, but it also has a tone that remains held; the sense of something ‘higher’, delivered sharply, seriously, without fads nor fluster.