Marco Bernardi is one contemporary electronic music’s unsung heroes. Although he has been releasing for over a decade, he maintains a low profile, despite releasing on labels like Clone, Crème Organization and the electro imprint par excellence, Frustrated Funk. Despite having a work ethic that would put a presbyterian widow to shame – he released six EPs last years and this record is his fourth to date in 2015 – part of the reason why Bernardi isn’t better known is because he has a rare ability to turn his hand to a range of sounds. 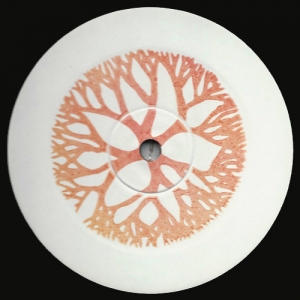 To illustrate this point, prior to debuting on Paul Du Lac’s Bio Rhythm label with The Miracle Sign 12”, he had turned in a deep techno remix of Costelloe and had put out two raw Chicago jack records on the Barba label. The spectre of Chicago is audible here too. “60606” is short, but its distorted kicks and corrosive acid exude a bleakness that only Jamal Moss or DJ Skull are capable of. The 303 insinuates its way onto “We Only Have”, but here it plays a supporting rather than a dominant role. Once the waves of acid subside, Bernardi introduces an ominous bass that booms and belches furiously and hi-hats so sharp they could penetrate flesh.

The mood changes dramatically on the flip side; the title track starts with an evocative synth line that teems with all of the wide-eyed wonder of early ’90s techno. Intertwined with a warm 303, it builds and dips. teasing and cajoling its way into a break down, after which he drops a kick drum that literally screams the phrase ‘hands in the air’. It remains to be seen whether or not The Miracle Sign will succeed in getting Bernardi more attention, but it does reinforce the fact he is a highly talented producer who can flit effortlessly between styles.