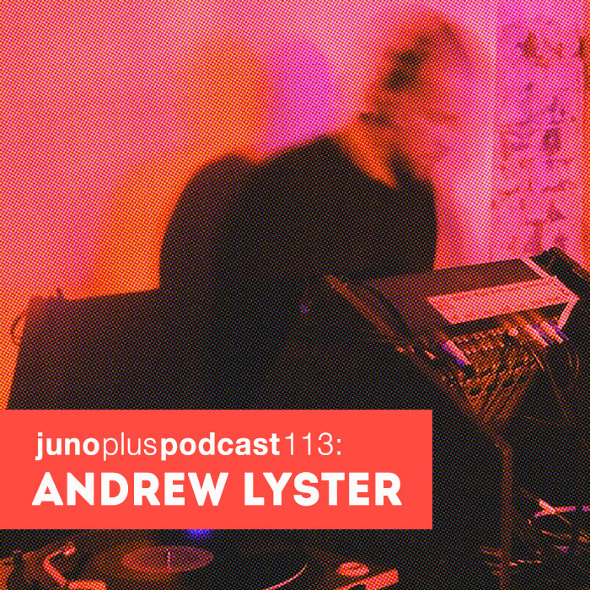 The meandyou. resident reaffirms his status as one of the UK’s most interesting selectors with an hour’s worth of bubbling electronics.

For the past seven years, meandyou. have brought a storied cast of electronic music’s finest to the various nightclub spaces of Manchester; showcases with Smallville and Workshop, evenings with Frak and Ben UFO, rare UK appearances by Newworldaquarium and SUED man SVN. You get the picture. In this time, the capital letter-eschewing collective have held meandyou. events throughout Manchester before finally finding a more permanent home at the well regarded venue Soup Kitchen. A party is nothing without a strong cast of residents however and that’s probably why meandyou. works thanks to the collective selecting skills of current encumbents Herron, Juniper, Joy Orbison, and Andrew Lyster.

The reputation meandyou have developed over this time has seen the collective take their party further afield with irregular events in Berlin, requests to play at fabric and Hamburg’s Golden Pudel. A natural development for the collective was the expansion into running an eponymously-titled record label in late 2013; to date the label’s put out a pair of split 12″s featuring the production talents of residents Juniper and Herron as well as Kassem Mosse, Spectrum Spools duo Fabric, and Sequencias artist Metropolis. More recently, meandyou. added a low-key cassette release to their discography which saw Herron and Manchester dub-techno icon JS Zeiter each fill a side with spools of unreleased material.

The past four years or thereabouts have seen meandyou. host a regular Wednesday evening show on Dalston online radio station NTS Live, with Lyster and Herron broadcasting from the Soup Kitchen. It’s been a midweek highlight of the editorial team at Juno Plus for some time, and part of the reason why we sought out meandyou. resident and in-house designer Andrew Lyster for a mix. Laid down over the bank holiday weekend, Lyster’s selection plays out like an individual who really knows his record collection and also features some “unreleased bits from different places”. He was also kind enough to answer some questions on the growth of meandyou. since the collective emerged in 2008, some of his fondest memories and their plans for the future.

Hello Andrew, how are things going in Manchester?

Pretty good, thanks. Manchester is good at the moment, I moved back here from London around a year ago now and have no regrets.

We gave you a pretty open brief for this mix, so can you tell us about how you approached it?

I suppose I just picked out my favourite records of the moment (mostly new) and tried to find a way to put them together. I’ve been a fan of Arne Weinberg for a long time and this collaboration with The Exaltics has been a favourite for the last year, very atmospheric and heavy. The Heidi Lord record on WéMè is also excellent so that had to be in. Then I have a lot of unreleased bits from different places, but there was only so much I could shoehorn in.

meandyou. started back in 2008 correct? What was the motivation behind starting the night back then?

I think we wanted to try something to move away from what else was happening in the city. We were buying and listening to a lot of music that wasn’t really being represented that well in the city or even in the UK much at that time. Over the years we’ve just curated lineups that we really wanted to see ourselves based on our tastes, and it’s always exciting seeing someone for the first time. Over the years booking people like Frak, Rezzett, Kassem Mosse, Peter Van Hoesen, Madteo was really exciting, to have them perform in the UK for the first time with us in Manchester.

Were you all DJing elsewhere beforehand?

I wasn’t, but most of the others were. For the first few years we had three really strong residents in Juniper, Arnaldo and Joseph. Arnaldo and Joseph have since moved on for various reasons so Herron, Juniper, Joy and me play at the parties these days. I think I only really started DJing at the nights sometime after the radio show began, I never really wanted to before that.

How has Manchester’s night life changed in this time?

A lot more options definitely, some really great things happening down at Islington Mill and always at Soup Kitchen. Then of course warehouse events every weekend, some of them recently have been really good.

How did Joy Orbison get involved as a resident?

We met through mutual friends in London and I introduced him to the crew back in Manchester… He was keen to get involved and we’re all on the same page so it was quite an easy decision really. It’s good for him to play early on and create something different to what he might do on another weekend.

What are some of your favourite memories from the nights you have put on in this time?

In 2008/2009 we used to use a place called Bookbinders, it’s on a backstreet of the Gay Village, a famous area in Central Manchester. It had a long-standing reputation as somewhere to go and cheat on your husband/wife etc, the regulars crowd primarily 50/60+… The owner at the time once told us about a porn film shot in the club the afternoon before one of our events, you get the idea. The parties we did there were really special, the Workshop takeover of 2009 an obvious highlight but also many others, 2562 & Norman Nodge, Baby Ford & Peter Van Hoesen, Function & Regis, Move D & MLZ, they were really fun. We still have the recording of the Kassem Mosse live set somewhere, we should do something with that.

It’s hard to say, but I think the staff play a huge part in creating this welcoming, special environment, which without them would feel like a very different place, I think. The regulars, who come Friday, Saturday and Sunday, (I know because I did that last time!) also add to this. 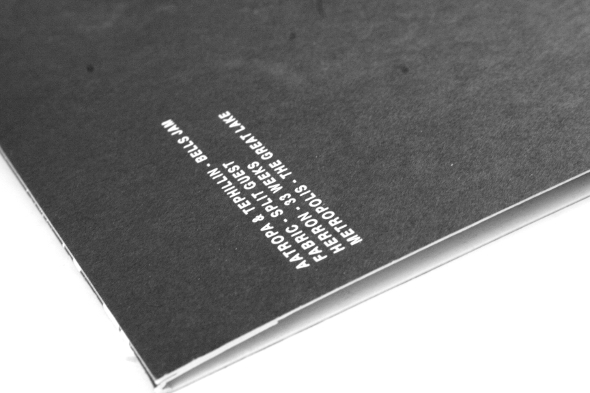 Moving on to the label, it felt like quite a logical progression from the events you have been putting on. When did the idea of starting meandyou the label take shape?

This was always the plan since we began, we just waited until we had stuff worth putting out. Herron and Juniper have been making music for years, since before I met them, it was just a case of them being ready and happy with what they were making. We’re getting a lot of music these days and approaching certain people we really like, but not rushing anything.

How has it been so far?

I was quite intrigued by the fact JS Zeiter contributed to the recent cassette you put out – what made you decided to enlist his talents?

He’s a local legend and we’re all fans of his music. I’ve bought most of his records in the past from the basement of Vinyl Exchange, and around the time of the cassette idea we approached him about doing a side. Luckily he was really up for it and contributed a great piece, hopefully he’ll come forward with some music for a future 12”.

You are responsible for the overall design of meandyou. correct? Are there any specific influences for how you approach it?

No specific influences, I work as a designer by day, also producing moving image so it’s great to experiment with video/graphics via the label. Minimalism / Black / White have been strong features of the design throughout the last seven years, experimenting within those parameters is a fun challenge.

We’ve been fans of the meandyou NTS show for some time, how did you first hook up with the station?

A good friend introduced me to the NTS crew and our show will have been running four years in August. I used to broadcast live from the hut in Dalston, but now me and Sam (Herron) stream live from Soup Kitchen basement every four weeks 10pm -12 on Wednesday.

What do you have planned in terms of future Meandyou releases and parties for the rest of 2015?

I played “Venture” in the mix, it’s a track from our next release, a solo EP from Herron. We’re sat on quite a bit of music but just figuring out a release schedule for it all. We enjoyed releasing the cassette so a few more of them in the future too. All being well, we’ll be back at Stattbad, Berlin in November for a collaboration event with Hessle Audio. Before that in July Herron and me will be debuting a Live/AV show at the Barbican in support of Demdike Stare on July 9th.