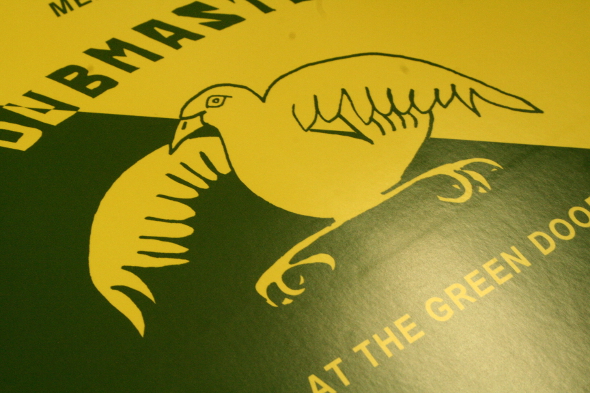 Here’s a poser for you. Who would you get to remix Golden Teacher? The Glasgow six-piece are notoriously difficult to pin down musically; their wild, often spaced-out singles incorporate post-punk disco, strobe-lit techno, weird ambient, off-kilter electronica, dub and tribal African rhythms. You get the impression that they’re not the sort of act that would not respond well to the idea of straight-up club revisions, or even quirky versions from producers whose reputation stems from servicing the needs of lazy, uninspired DJs. 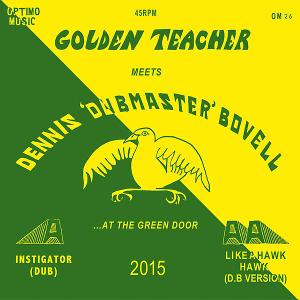 Helpfully, they’re part of JD Twitch’s growing Optimo Music family, and the veteran Glaswegian is not one to pursue remixes for the sake of it. Even so, he couldn’t resist asking one of his idols, British dub legend Dennis Bovell, to swing by Glasgow’s notorious Green Door Studio and stamp his mark on a couple of Golden Teacher’s tracks. It’s a move that makes perfect sense. Bovell’s near 40-year career has seen him perform production and remix duties for a dizzying array of acts, not only within the dub and reggae scene – he was, after all, one of the driving forces behind the development of the uniquely British lovers rock sound – but also during the punk and post-punk era.

Thus, his production discography includes work for early Factory outfit X-O-Dus, punk/reggae fusionists The Slits, Orange Juice, exotic disco-punk maverick Sada Bonaire, and, arguably most bizarrely of all, Banarama. Throughout his career, he’s been adept at adapting his dub-wise production style to almost any kind of music, often turning previously mundane synth-pop and rock tracks into left-of-centre dancefloor gold. Throughout, he’s kept true to the principles of dub, putting riddims, bass and tape delay at the heart of his sound. When it came to manning the desk at the Green Door studio, Bovell chose two Golden Teacher tracks to rework: “Like A Hawk”, from the Do Not Go Gentle Into That Good Night EP, and the as yet unreleased “Instigator”.

The former track is, in some ways, an obvious choice; the original version is like some kind of sparse, dubbed-out dancefloor voodoo, with pitched-down vocals, delay-laden electronics and rolling, African-influenced drums combining to create a particularly hallucinatory mood. Given the obvious dub influence present throughout the original, Bovell had plenty to play with. As a result, his version is even wilder and dubbier, with merely one or two new elements added – most specifically some classic reggae organs, naturally drenched in reverb, delay and distortion. Bovell’s masterful use of dub effects, and live mix-downs – a dub reggae tradition – ensures that his version sounds like the classic, otherworldly, post-punk dancefloor dub the original always had the potential to be.

It’s hard to judge Bovell’s work on “Instigator”, given that we’ve not heard the original. His version, though, is ludicrously weighty – a sub-propelled romp full of pitched-down vocals, ricocheting percussion hits, disembodied organs, and the kind of sparse-but-heavy groove that marks out the greatest dubs. Occasionally, it almost suffocates under the weight of delay, but every time Bovell pulls it back from the brink with the skill of a seasoned master. As a result, “Instigator” is a truly arresting proposition, and a superb example of a true dub master at work. If you’re going to crank it up loud, make sure your soundsystem can handle the pressure.