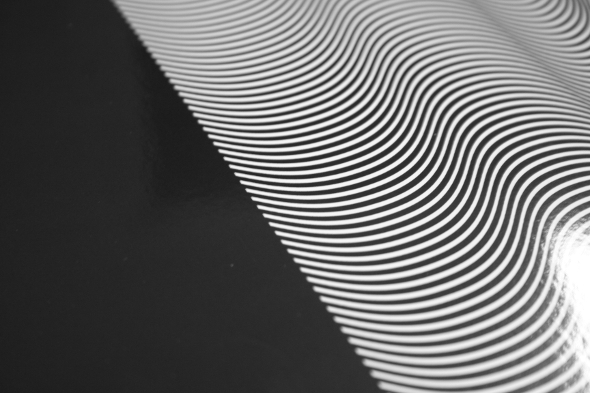 The press release for Paki-Visnadi’s Imaginary Choreography, out on the eclectically elegant Antinote, alerts us to the mythical discovery of these recordings that seems to hail from the years when markets still yielded jewels. Filmmaker Johanna Heather Anselmo, partner to Antinote’s Iueke and a cultured hand at rummaging through boxes of old tapes, found a BASF tape in a Parisian flea market, but instead of it containing some yé-yé rehearsal of upper class teenagers it was something really quite exceptional. 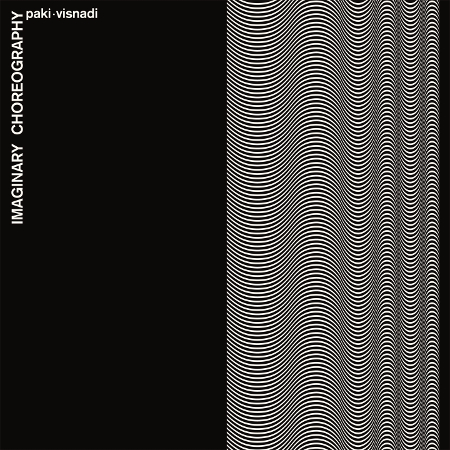 The tape Anselmo found was an extremely compelling yet utterly bizarre one-off by Paki Zennaro and Gianni Visnadi. Compelling, because this is sophisticated, refined, virtuoso stuff and bizarre because it marks a special moment in two musicians’ very mixed and protean careers. By illuminating that special moment, Imaginary Choreography sheds light onto an aspect of Italian music in the 1980s. A complex panorama that managed to shift naturally and artfully between cultivated music and music for entertainment, between rigour and sense of melody, between the art of making art and the art of making money.

Composed as a tape to be used in dance schools, Imaginary Choreography conjugates a serious, knowledgeable musical craft with a self-assuredly playful minimalism. Paki Zennaro, who still composes for contemporary dance companies, had played – as Zennato – on René Aubry’s compositions for American maestra Carolyn Carson, who was at the apex of her career as resident choreographer between Venice’s prestigious La Fenice theatre and Théâtre de la Ville in Paris. Gianni Visnadi, who has released both a wealth of warm, luscious ambient works as well as a lot of deep house since, was working on developing his vocabulary alongside Italo productions and collaborations as John Vysnady and other such Italo aliases.

Together, the duo crafted the crystalline, rarefied perfection of Imaginary Choreography around the same time as writing melancholy Italo anthem De-De-Mo’s “Cause I Need You ‘Cause I Love You” (reissued recently on Bordello a Parigi) and working on the sensual downtempo disco of Ottomix’s “Sahara Sands”. We’re in the presence of people who know what they’re doing, and you can hear that. As a record made for contemporary dance, it conjugates the minimalist canon à la Reich or à la Glass not only with an Aubry-indebted Mediterranean warmth, but also with dashes of futurism, cosmic suggestions, atmospheric disco sunsets.

Imaginary Choreography opens on “Migration”, a piece that would be equally at home in geometrical new dance or on old educational TV. Neutral, hushed, it alternates between childish melodies and complex rhythms, with sequencers ping-ponging between each other like a particularly elegant videogame before opening onto “Parallel Waves”, an opulent, guitar-led piece, with a heady but controlled in-the-round structure which goes in and out of phase with itself. The track obliges you to think choreographically: you find yourself repeating gestures as you listen, rewinding and fast-forwarding the same movements over and over again. The belly of the record is a score of delicate, complex, measured pulses. “In a Dark Run” treats us to glassy beats and ever-shifting drum patterns, and in the bare and tense “Mollusk Dance” a deep, wooden-sounding beat opens up onto sweeps of starry synthesisers which get dirtier and rougher as the track goes on – it’s an ode to texture.

“Waterlight”, perhaps the most typically choreographic number on the record, proceeds through glistening soundscapes – something like a summery and very glamorous take on Reich’s Music for 18 Musicians. On “eMigration”, at the end of the record, the classic crispiness of the TR808 takes centre-stage amongst watery drones, like a languid Balearic sunrise but in 1980s Venice. Don’t be fooled by the record’s story, nor by the Italo-connection: whatever dance school Paki & Visnadi had in mind, it wasn’t any old school – we’re talking high-end aesthetics here, not kids in leotards.

Imaginary Choreography is a timeless and very physical listening experience, immaculately clean yet insistently sensual. It’s also a special record for the archive because of the multiplicity of talents to which it attests. But especially it is, indeed, an album to make imaginary choreographies to, and therein lies perhaps its deepest pleasure: in the movements, the images, the colours it makes you imagine – which are unusual, smart, surprising. Now that Antinote have gifted us such a diamond, I’m looking forward to seeing who will make those imaginary choreographies real.