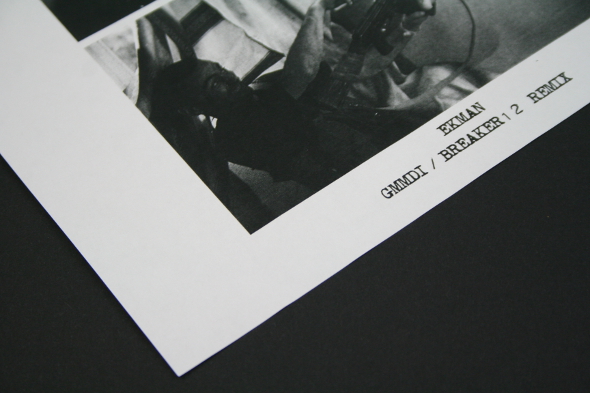 While the grimy acid and electro of Ekman’s Panzerkreuz release was one of 2014’s best records, last year also saw the Dutch producer strengthen his ties with Berceuse Heroique, the UK label that he had provided the debut release for. It seems that after years of working and preparing, it has all paid off for Roel Dijks, and he now finds himself in the enviable situation of being able to pick and choose whom he releases for. 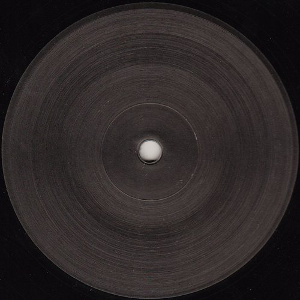 Indeed, as he told this writer in an interview last year, “GMMDI” only came about after Berceuse Heroique petitioned him for new material – and the acronym stands for ‘Gizmo made me do it’. The title track marks a departure for Ekman; the grainy 808s that provide the basis for his work on Panzerkreuz and even the electro swing of his tongue in cheek “Fuck Your Rock And Jack Your Funk” are absent. Replaced by a straight, driving rhythm delivered with layers of distorted bass, “GMMDI” centres on a horror synth stab that sounds far closer in spirit to Frankfurt’s Planet Core Productions than something that would crawl out of a Hague sewer.

The remix comes from Breaker 1 2, a side project for Greg Beato. The last time he appeared on Berceuse Heroique under this alias, Beato was sharing a release with Ekman with his “Ratz In The Back (Sewage Mixx)” and his take on “GMMDI” is just as gloomy. The tempo is slower than the original, bur that doesn’t stop Beato from using swathes of growling, viscous bass and tumbling drums.

These provide the backing for Ekman’s horror stab and a synth line that conjures up a nightmarish mood somewhere between John Carpenter soundtracks and Suburban Knight’s urban paranoia. As Ekman and Berceuse Heroique are keenly aware, when you’re this good at what you do, you can do whatever you like.