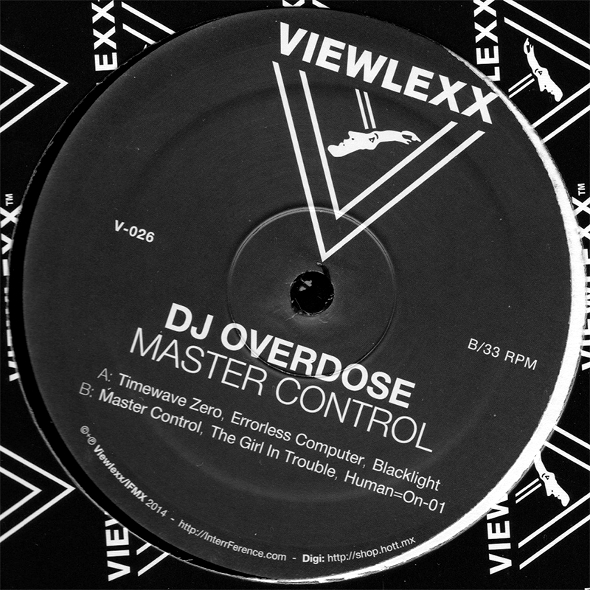 Murder Capital was in the spotlight last year thanks to the release of Gesloten Cirkel’s debut album, but it looks like 2015 is the turn of I-F’s other, more prolific label to get the attention. Apart from reissues of Cliff Lothar’s White Savage debut and I-F’s own evergreen Space Invaders, the label is also due to release a second installation of the Test Pilot series and also has this EP from seasoned producer DJ Overdose aka Jeroen Warmenhoven. 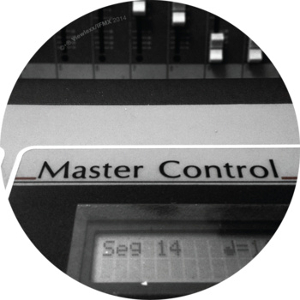 He has appeared on the label before as part of the Novamen and put out an EP on Murder Capital, but Master Control is his first solo release for Viewlexx. Maybe he should have called it Masterful Control, such is the command of his chosen sound. This has a lot to do with the fact that Overdose belongs to that sadly rare cadre of electronic music artists who releases infrequently and whose work sounds all the better for it. This EP is the latest installment in a relatively productive period for Overdose and follows an EP for both Lunar Disko in 2013 and Pinkman in 2014 respectively as well as his criminally overlooked 2013 artist album, Bizarro World. Indeed, Master Control inhabits similar terrain as Bizarro World.

If that album was, as this writer posited at the time, the soundtrack to a new version of Bladerunner with the Hague as Ridley Scott’s dystopia, then in places, Master Control represents the sound of its mutant cast getting some light relief at the local disco. “Timewave Zero” and “Errorless Computer” are seductive, low-slung grooves, the latter’s pulses basking in a fluorescent synth haze and the former shot through with cinematic swirls and peaks, while the title track’s angular electro features warbling melodies.

That said, the grim reality that Bizarro World so articulately documented raises its gritty head a number of times. “Girl In Trouble” fuses a narrative from a post-war US propaganda movie about a young girl who ‘couldn’t resist the lure of the big city’ and became embroiled in scandal and corruption in an unnamed metropolis with the steely clank of Kraftwerk-inspired beats, while “Blacklight” is darker and distorted, led buy chain mail percussive lashes and a bass that growls like a bleary unshaven worker down at Rotterdam’s docks. We only hear from him sporadically, but it’s always a pleasure to hear his master’s voice.

A1. Timewave Zero
A2. Errorless Computer
A3. Blacklight
B1. Master Control
B2. Girl In Trouble
B3. Human On