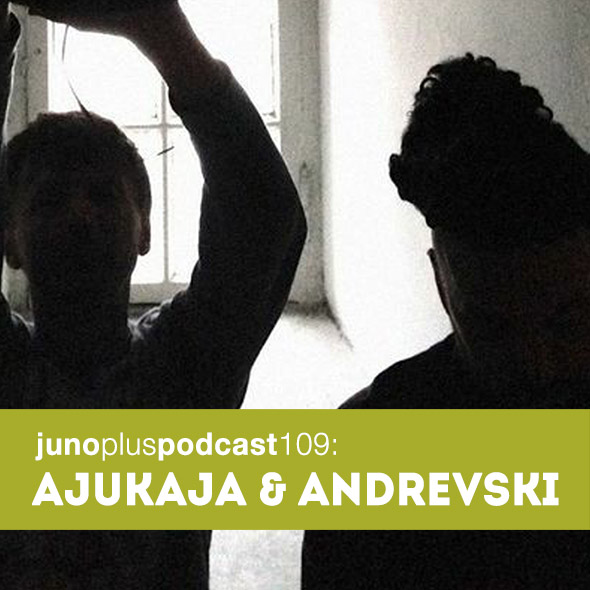 To many out there the names Ajukaja & Andrevski will be most closely associated with “Rare Birds”, last year’s superlative house glider for Jon Rust’s emergent Levels label. Dig a bit deeper and you’ll discover the pair command a special place in the promotion of underground electronic music in their homeland of Estonia, with the man behind the Ajukaja moniker something of a legendary figure. Tap Raul Saaremets into your search engine of choice and you’ll be introduced to a man whose musical endeavours stretch back to the late-’80s.

Stints in a punk rock band, a long term stewardship of local independent radio, active involvement in a long running Tallinn club night and the Porridge Bullet label are all notable achievements for Saaramets. Instead of merely repeating what you might read elsewhere, we’ve left the forum open for the pair to fill in the blanks through the below interview, which reveals a friendship between the pair dating back two decades. This accompanies a fine 80-minute mix from the pair ushered in to celebrate a forthcoming second release for the Levels label that’s already been given the Pearson Sound seal of approval.

Hi guys what have you been up to recently?

We had to move our studio, so building it up again has taken time, so unfortunately we haven’t done any music lately. So on that side – not too much!

Our thanks to you for doing this mix, where was it put together and what was your thinking behind it?

This mix represents what we usually play out – gems from our dusty shelves at home, plus a few new pieces we’ve been into lately.

How did the two of you first meet?

We met at a record fair and turned out we had an almost identical taste in music. It became a kind of competition of who had better records. That was like 20 years ago. Back then, Andrevski was known as Mr. Fix It Man. He could fix anything. If you mixer or your headphones or whatever got broken you just needed to call him. Then at one point we started to compete on hardware. Especially drum machines. Andrevski won that battle as he buys broken ones for cheap and fixes them.

Then a few years ago we decided we’d had enough of showing off to each other and that we’d get all our machines in one room and went about seeing what they could actually do. And things clicked straight away. Actually “Jam1” on LEVELS-002 is from that same first session.

How does the division of labour work when you are in the studio together?

Andrevski is in charge of the technical side. He has built quite a lot of gear as well – sequencers, synths and drum machines. Ajukaja does most of the music; Andrevski is programming, sequencing and mixing. It’s a healthy marriage, we don’t argue too much.

What would you say were each others strengths in terms of production?

Ajukaja has great sense for melody. Andrevski is good at quality control, which is handy as Ajukaja gets excited too easily.

You are about to release a new record on Levels, your second for the label, how did you come to work with Jon Rust?

Our friend Ats Luik, a DJ and promoter of the Haigla Pidu party, invited Jon to play in Tallinn. Raul/Ajukaja was warming up for Jon. Jon heard some Ajukaja tracks and it went from there. 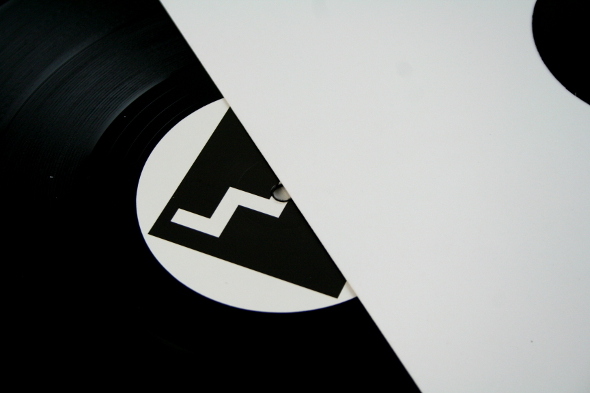 How did you feel about the reception to Rare Birds?

It got loads of radio play by all the big boys. Hats off to Jon Rust, he did a great job getting it out. So yeah, it felt good!

It’s clear you are quite an integral figure in promoting electronic music in Tallinn, Raul – could you tell our readers about Mutant Disco?

It’s a longest running club night in Tallinn, it’s been going on for 17 years. Raul started it with Rhythm Doctor, a DJ from Birmingham with a long history in the UK underground, who quickly fell in love with Estonia. Siim Nestor joined the crew later on. With Siim we also run the Porridge Bullet label. It’s a monthly event, we bring people to Tallinn that we really like, from Joe Clausell to Moodymann, Actress, Zomby. Recently we had Rezzett, and it was fantastic. Last week Idjut Boys were here for the third or fourth time – they are always amazing.

Raul, we are big fans of Porridge Bullet, ever since we heard that Hieroglyphic Being remix of your Hypnosaurus project – how did you hook that up?

Hypnosaurus were pioneers of the underground electronic scene in Estonia. Aivar Tõnso was the core member and for the second incarnation of the Hypnosaurus experience I joined as well. As for the remix, we needed someone on the same level of edginess of Hypnosaurus, so Hieroglyphic Being was the first choice. We just asked him, and he liked that idea. We took him to play at Mutant Disco as well – a great human, Jamal Moss.

It’s quite a unique name too, Porridge Bullet, was there a specific thinking behind it?

Kids in mid–Estonia actually throw “porridge bullets” at each other in school at lunch time. The guy whose face is on our logo told us about that. It made us laugh and we ran with that.

What do you have planned for the label this year?

We are releasing an album of the Hypnosaurus early period: 1991-92. After that, there is another Hypnosaurus collection of the period when the group was more akin to deep house and techno, through 1993–1995. There’s also a Hypnosaurus 12” coming out on Wicked Bass label. We have a follow up to the Benga Benga record called Ahiwo Ahiwo featuring another edit by Ajukaja which is at the pressing plant and it looks like people are picking up on it nicely as well. Then we have a pure dancefloor oriented 12″ Bullets Vol. 2 coming, showcasing some fresh Estonian and British talent. Plus a Crow44 EP, which we will be exclusive to our website. Shout out to James Pants who pointed us to this amazing maverick.

Levels 004 by Ajukaja & Andrevski is out in mid-April