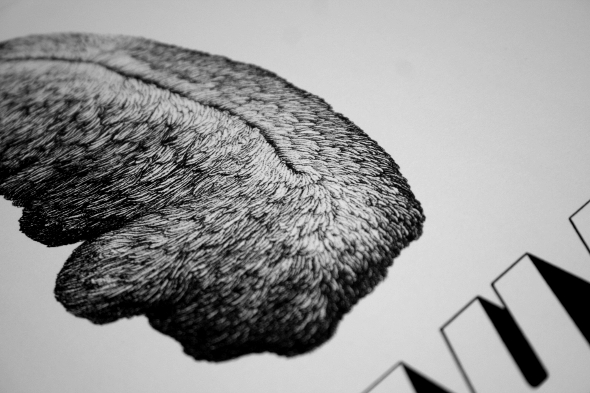 The Trilogy Tapes, Delsin, Dark Entries and Night Slugs to Wiley, Sven Weisemann and Metsaplice getting us through this week.

We should be thankful for The Trilogy Tapes when it comes to the re-emergence of Mix Mup. After some years of silence Lorenz Lindner’s collaborative release with Kassem Mosse brought the producer back into the fold, leading to a healthy presence on the live circuit as well as a deadly 12” on Hinge Finger. Now, after another brief hiatus, Lindner is back on Will Bankhead’s label with an equally essential salvo of dusty electro with that live jam flavour the artist has made his own. Misleadingly titled as “Skip (Intro)”, the opening track makes all the right moves for a cool and deadly broken beat affair, while “IE” heads into cavernous dub. Even shorter tracks “Sequoflec” and “Curtain Scene” are head-turning constructions, making this a highly recommended 12” on every level.
Listen/buy vinyl

With the recent reanimation of Lowtec’s excellent Out To Lunch label (via the single from The Hangout Project), this reissue of a forgotten gem from the early years of the imprint comes at an interesting time, even if the release is not specifically attributed to any particular outfit. “Call”, in its original form, is a sublime cut that draws upon the regal electro tones of Convextion even as it shapes out its own mournful identity, sounding utterly contemporary despite being 19 years old. On the flip a previously unreleased track called “High Rise” makes an appearance which follows a similar trajectory to “Call” but with a more scattered, stripped down thrust to the drums. Kassem Mosse is called upon for an edit of this unearthed gem which respectfully nudges a deeper groove into the track without interfering with the elegance of the bubbling synth tones.
Listen/buy vinyl

You can always count on Bok Bok to marry his ear for pop sensibilities with the most upfront club dynamics, and his ear-pleasing alchemy comes to the fore on this new single on his own Night Slugs. Collaborating with debutant artist Sweyn Jupiter, the Club Mix of “Papaya Lipgloss” comes on clean and crisp with its cascading keys and stripped back beat. Balancing romanticism with a modern bite, Bok is in his element dealing with these kinds of expressive tones that head straight to the heart. For those craving a little more rough and tumble in their Night Slugs experience, the “Sour Mix” strips the track right back and dirties up the bass to make for a half-stepper that pirouettes between flashes of melody and dutty low end pressure.
Listen/buy vinyl

Wiley – From The Outside (Actress Remix) (Big Dada)

With the original Eski Boy’s new album Snakes & Ladders dropping on Big Dada just last month, this rather surprising crossing of swords comes as a pleasant addendum to the grime godfather’s return. Of course, when the likes of Actress takes to a remix, it’s more appropriate to consider it as an original piece and there’s no doubt Darren Cunningham has made the track his own. Coming on slow and dreaded, his version of “From The Outside” oozes out on a slowly undulating bed of synth malaise with haunting strings adding a necessary horror slant to the track. All that’s needed from there is some choice scatterings of static, the odd dash of percussion and some cheeky slithers of Wiley vocal. A daring classic is born. There are few that would be as daring on a single-sided 12”, but Cunningham is the kind of artist who never looks back while charging into sounds unknown.
Listen/buy vinyl

Having made their name on their debut LP for Morphine Records, Philadelphia sonic adventurers Metasplice return for their second album proper and push their wayward sound into the far flung reaches of challenging machine noise. Both Kenneth_lay and V. Hold have roots in the noise scene to begin with, but while their last album featured some whispers of techno in amongst the wild frequencies, this double vinyl set for _bruxist dodges rhythmic focus at many turns and instead amps up the tonal side of their work. There are some brief beat-driven moments such as the ominous “Track 4”, but really this is an excursion into limit-testing squalls of interference, feedback and effects processing that thrills as it beguiles. It may not be for the feint-hearted, but in the depths of the chaos something truly original is being crafted.
Listen/buy vinyl

When Sven Weisemann’s Jouem alias first surfaced with its run of Episodes 12”s they were met with a similar reception of lust to what Prince Of Denmark’s initial Staub EPs received. Since then Weisemann went on to release his second album, Inner Motions, and although very accomplished, it felt like a slightly tired version of what we’ve come to expect from the talented German. Jouem’s latest Episodes 4/8 12” however sees Weisemann back on the same form which has earned him a reputation of deep house maestro, and across these three tracks expect a fusion of tones as submarine as Patrice Scott can deliver mixed with dubby tropes of drums, Chicago basslines and Weisemann’s trademark and pleasantly haunting atmospheres.
Listen/buy vinyl

If Marco Shuttle was trying to find someone to match the marching clamour of his track “Beyond The Mass” from his Visione album then he’s found it in fellow Italian producer Domenico Crisci. As Nic Tuohey points out in his review of Ceremony, the Italian’s heavy handed production brings to mind early tracks by Surgeon and Regis. They’re banging and distorted without bubbling over into a techno mess of criss-crossing noise, and DJs with balls will be all over the title-track. Bona fide Berghain beats. “Lash” adds some Jeff Mills flavour to the EP, while Marco’s Shuttle’s trippy remix is suitably disorientating, and listen to those drums on “Strong Experience”. This is techno people.
Listen/buy vinyl

Dark Entries out-do themselves again by brandishing a new audience with some mid-‘80s Greek wave. As the label explains, Lena Platonos, who is still actively making music today, is one of Greek electronic music’s pioneers, and Platonos’s 1985 album Gallop is said to have been “composed in the wake of a painful separation.” Heartache can be heard on “Summer In Love” and “Rumanian Immigrants” – if only we spoke Greek – while the album as a whole, explained by Platonos, is “a study in the mythology of urban population of the contemporary metropolis and also a gaze into the future life of it.” Gaining access to the original master tapes Dark Entries have rebuffed the album and replicated the cover art, and for that extra 2015 touch have included in each copy a two-sided lavender 11”x11” insert with lyrics, photos and liner notes by Platonos, filmmaker Antonis Boskoitis and fellow Greek musician Vassilikos.
Listen/buy vinyl 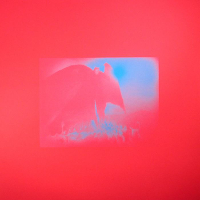 Live At Robert Johnson are a tight unit with a reputation for putting out reliable compilations, and with them come dependable ‘vinyl extractions’, aka 12” samplers. Last week the Frankfurt label released Lifesaver Compilation 2: Live At Robert Johnson featuring kooky and florid examples the house music we all hope to hear one night at their club of the same. Rather than release a wonted sampler of that compilation, Live At Robert Johnson have decided to put on the shelves a two-track 10” featuring ravey productions from Gerd Janson’s prolific Tuff City Kids collaboration and Phillip Lauer’s (who’s also part of Tuff City Kids) Hotel Lauer project. It’s a sweet little record to own with two fresh takes on rave that isn’t too hard, serious or cheesy.
Listen/buy vinyl 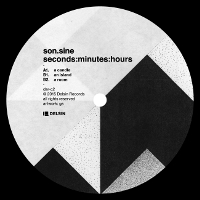 It’s hard to think of anyone more enigmatic than Son.sine at the moment, a recondite figure of New Zealand dub techno; yes, there is such a thing. Take a look at Son.sine’s Discogs page and you will see the two releases, that marvellous Upekah EP from 2000, duly reissued by Delsin last year, and now – 15 years in the making – Delsin’s release of Son.sine’s serene seconds:minutes:hours. Listening to the follow up and it’s like no time has passed since the producer’s preserved debut, so expect more of the same blissful and airy techno perfect for summer and all things nice. We can only hope more is on the way.
Listen/buy vinyl