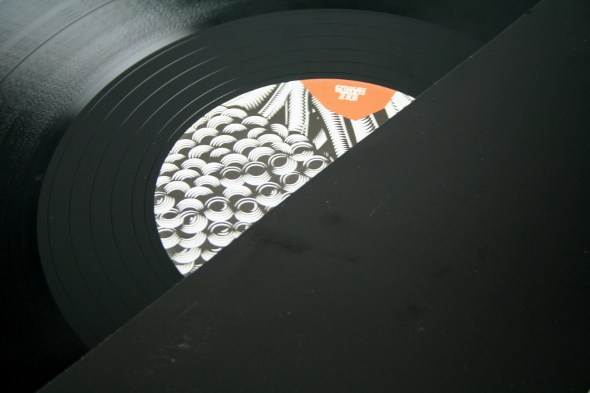 The name IA Bericochea won’t mean a great deal to anyone who wasn’t actively embracing minimal techno around the time that M_nus records was at its creative peak in the mid noughties. The Spanish producer certainly didn’t garner the attention of those in Hawtin’s inner circle, and after self-releasing an album on his own Rojo.IT imprint there has been very little to hear from the man. However those early releases, most notably the A single with its two ultra-reduced mournful reflections, struck a chord with some who could see the timeless qualities in the music far beyond the hype-baiting trends that were going on all around the minimal techno scene at the time. 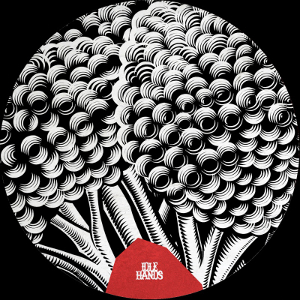 Chris Farrell at Idle Hands is clearly one who held a torch for this forgotten curio, and it’s fair to say not many would have predicted the Bristolian label would be where Bericochea resurfaced some ten years later. On listening to Wake Up, it’s clear that things have moved on in the music making process for the artist, with a much fuller sound spectrum taking in touches of live instrumentation, found sound, and… well, anything more than three sounds at a time is a ramp up from his previous explorations. Despite that, the great feel for space remains and the same haunting atmosphere seeps from the alien synth tones. It’s just markedly more tangible now than it was all that time ago.

“W1” actually in many ways makes a sly nod to the mnml heyday with the inclusion of dripping water at the start of the track. It was always an easy dig at more monotonous corners of the scene to say that it all sounded like a dripping tap, and yet here Bericochea fully embraces the sound and lets it patter down over a sliding live bass lick and a drifting chord. There’s little else needed to make for an utterly charming track as serene as it is mysterious with the most simple of drum beats to nudge everything along. Live bass has clearly become a key part of Bericochea’s studio as it kicks off “W2”. It’s fair to say the approach is a similar one, although there is a busier spread of found sounds populating the mix with a greater amount of dub-wise effects processing filling out the space normally left so noticeably open in his music. There are also more dramatic shifts of gear, with the cut down into an elongated pad refrain coming as a very welcome and emotive surprise.

“W3” meanwhile sports a little more dancefloor bite in its constitution, with a stronger sense of funk elicited from the drums and bass even as another distinct array of dubbed out details rattle around the stereo range. Interestingly, once the lead bass hook kicks off, there’s an undeniably New York no wave mood in the air that calls to mind ESG or Sal P jamming with a minimal house head. Let it be known that such a combination could only ever be a good thing (and the latter has certainly dabbled in work with BMG amongst others). Providing something of a more esoteric diversion to round the EP off, “W4” lets go of the patient restraint and feeds in all kinds of instrumentation (most notably live guitar) to explore a headspace not too far from John Roberts and other such classically concerned producers. It’s a different side to the producer, equally tapping into a little more of that post punk influence that seems to have reared up in the interim years, and he tackles it with aplomb even if it feels a little outside his comfort zone.

In many ways a ten-year break can be the most fascinating insight for a listener, getting a very literal demonstration of how someone can evolve artistically in such a time and maybe side stepping some of the growing pains that accompany such transitions. It’s good to hear that the spirit of Bericochea’s style is still very much intact, and equally pleasing that he’s found new avenues to explore within it. Between his re-emergence and Shinichi Atobe, its proof that beyond reissue culture there’s also a lot of worth in hunting down those forgotten producers and seeing what they’ve been up to in the mean time.