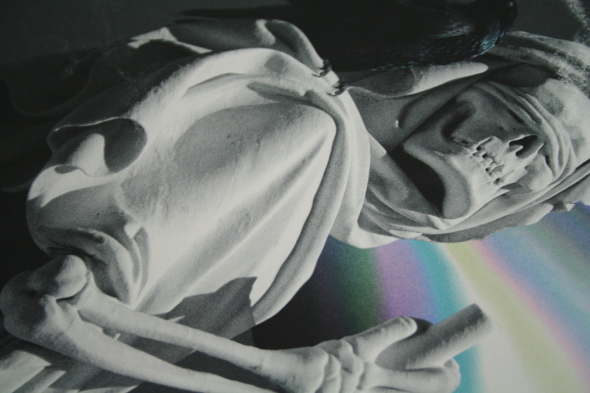 It may have started life around the same time as industrial techno raised its doomy, droning head above the parapet, but Earwiggle has little to do with that most pompous sound. There’s no doubt that Sunil Sharpe’s label is a champion of intense, frenetic techno, as the contributions from AnD and Martyn Hare to this compilation demonstrate, but it is derived by the early hardware machinations of Woody McBride and Neil Landstrumm – who also features on Eight Wigglin’ Ways To Die – as well as the free party wonkiness of Jerome Hill and electro’s fast pace funk. 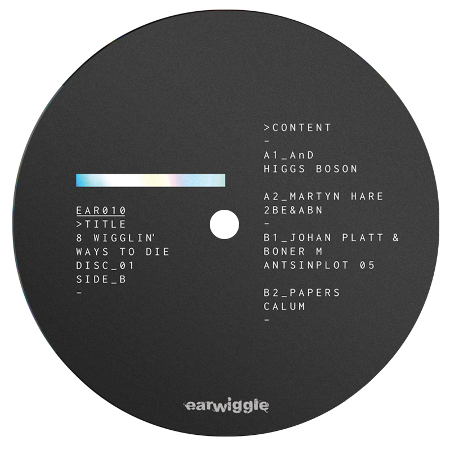 Most of all, Earwiggle is inspired by Sharpe’s own DJing, a wonderful, headlong kaleidoscope rush that touches on rave and Djax classics as well as the latest distorted banger. If’s about a million miles from dull and dreary linear conformity, the kind of blandness that last enjoyed currency during the creative abyss of late ‘90s loop techno. It’s no surprise then that this double-pack compilation embraces many of these attributes. AnD and Hare kick start the release in frenetic form – their tracks feature granite-heavy, banging beats, scuzzy, distorted filters and screeching analogue noise, the tortured howl of machines audible at every bar.

Johan Platt and Boner M’ s”Antsinplot” starts in the same manner, a mixture of distorted kicks and jarring filters, but then it veers into a swinging, stepping arrangement that’s heavy on the reverb. Papers track “Calum” isn’t a typically straightforward peak time affair either and revolves around a grinding bass shot through with a series of tweaked tones.

The second disc sees Earwiggle venture farther. Power Vacuum man Bintus appears with “Indigo Waste”, a pulsing, acid-soaked groove that is reminiscent of Dez Williams’ excellent release for the label, while Sharpe’s collaborator in the Tinfoil project, Matt Flanagan, drops the spiky, metallic rhythm and grinding builds of “6  x 6” under his DeFeKT guise. The wobbly acid of Ordinate’s “OR 06” is almost mellow in comparison to the rest of the release, while Neil Landstrumm’s “The Rise of Slime” is a rough and distorted workout. Its rhythm moves from linear to stepping and back again with the kind of good-natured unpredictability that sums up Earwiggle’s approach.