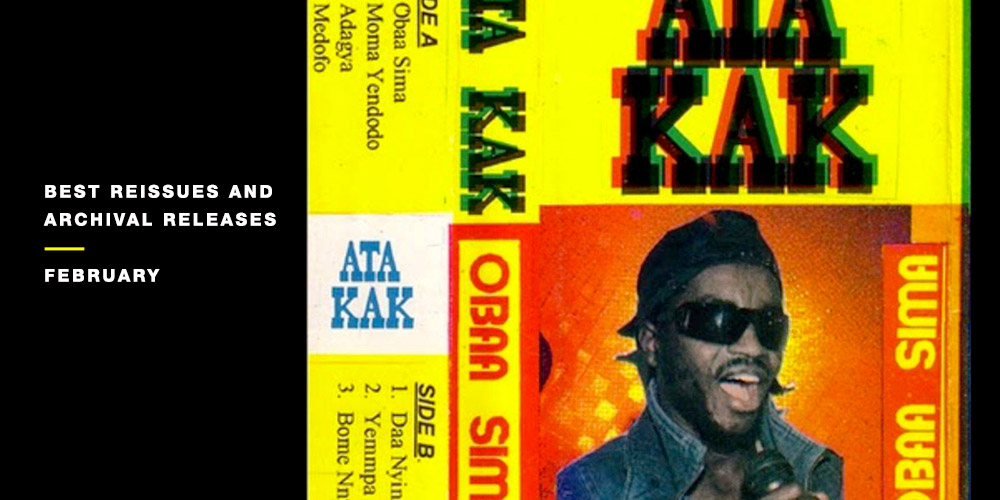 “Candyman, Candyman, Candyman, Candyman, Candyman.” One word said fives times that was so hair-raising in 1992 it spooked this writer to the point of never seeing the movie. As the urban legend (of the film) goes, repeating Candyman like this in front of a mirror summons a hook-handed spirit to appear from nowhere and kill you. Sounds like something worth trying tonight. The soundtrack (and its ‘95 sequel Candyman: Farewell to the Flesh) was scored by apotheosised New York composer Philip Glass and among harmonised, vibrato chorals of unsettling hymn-like chants, tastefully cheesy synths and minimal piano sections, are eerie and childlike chimes that sound as if they’ve come from a toy xylophone possessed. All that’s really missing from this release is the rumbling purr of the trailer’s narrator: “In cities everywhere, they whisper his name…”

So what to expect? Well, it’s far from the evocative scores Glass did for the epic, time-lapsing Koyaanisqatsi, nor is it as cutesy as his work on The Truman Show, but a thick, moreish serving of ‘90s horror movie soundtrack gold. Should the ‘70s Italian brand of the genre be your thing, there’s trimmings of Claudio Simonetti (Dawn Of The Dead) in “Face To Razor”, while the “Helen’s Theme” and “Music Box” are just two examples of Glass’s finer movements in minimal composition. A record for the collectors most definitely, and a movie to watch next weekend for sure, but remember, “Candyman: you don’t have to believe – just beware.”
Listen/buy vinyl

William S Burroughs – Nothing Here Now But The Recordings (Dais) 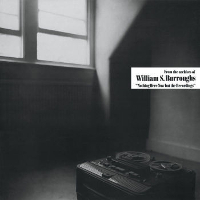 This collection of craggily spoken word material by Beat Generation icon William S. Burroughs was put together by Throbbing Gristle’s Genesis P-Orridge and Peter “Sleazy” Christopherson. Originally released on the aforementioned’s Industrial records in 1981, P-Orridge and Christopherson sourced these tape experiments, dating back to the late 1950s, from Burroughs’s home archives and now they resurface on American label Dias. Burroughs’s famous cut-up technique – where pre-written prose is cut up and rearranged to create a new text – features heavily across this album, and sonically, can perhaps best be heard of the track “Summer Will”.

The words ‘how random is random’ ring true in “The Total Waste Is Here (News Cut-Up)” where Burroughs’s explains the technique in demonstrative form, disfiguring sentences just before they make logical sense, while samples of radio transmission are spliced and diced to overlap each other in the “Outside The Pier Prowled Like Electric Turtles”. Expect flutters of white noise, classical music played at AM-fidelity, and a xenophobic news report that reads: “an elderly white man was knocked down by a looting Negro tonight then struck and hit by a car, the car did not stop, the man was dead on arrival at a hospital.” Provocative, uncensored and raw to downright absurd, Nothing Here Now But The Recordings is a sonic time-capsule of visceral Burroughs behaviour.
Listen/buy vinyl 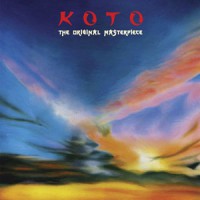 Scour over the names featuring throughout the back catalogue of MiruMir Music and you’ll find reissues, official and unofficial, from bands like Joy Division and Jeff Beck and Jimmy Page’s Lord Sutch And Heavy Friends, to jazz great John Coltrane and krautrockers Klaus Schulze and Amon Düül. Now the label looks to Italo icons Koto, a four-piece group of oriental-inspired Italian synthsters best known for their involvement with Memory Records, a label also home to the music of Baby’s Gang and Ken Laszlo. When Memory Records went bust in the late ‘80s, the label was sold to German company Bernhard Mikulski, now called ZXY Music, who have given MiruMir Music permission to bring together a host of original Koto material never before found on the one release.

All of the music on Koto’s The Original Masterpiece could be considered the group’s remastered album that never was. It features the bands biggest songs, not least “Chinese Revenge”, “Japanese War Game” and “Visitors”. Those three came from Koto’s ‘80s tenure, while ‘90s material includes “Champion’s Cue” – think a watered down version of Derrick May’s Rhythim Is Rhythim mixed with the oddball sampling techniques of Cabaret Voltaire – to 1995’s lovable and extended version of “Jabdah”, and the Nintendo television commercial pop of “Dragon’s Legend”. Legendary
Listen/buy vinyl 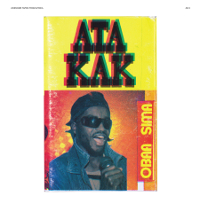 As the story goes, Awesome Tapes From Africa founder Brian Shimkovitz picked up a cassette of Obaa Sima by Ghanaian artist Ata Kat from a roadside stall on the Cape Coast, and as RA reported it was the subject of the first post on his Awesome Tapes From Africa blog. The Los Angeles-based label started putting out records in 2011 and over the past four years ATFA have released a steady stream of EPs and albums almost certainly impossible to find in the west. As it turns out, Ata Kat (real name Yaw Atta-Owusu) recorded Obaa Sima in Toronto – the same city where an ATFA event was cancelled because of its all white line up – before moving back to Ghana in 2006.

Shimkovitz was forced to use his own second hand cassette of Obaa Sima as the master copy for the reissue as the original DAT tape it was recorded on had decayed beyond repair. As for the music itself, it’s up beat and feel good, quasi-house music, taking in rap and hip hop, albeit a singular style African hip house, to electrified lo-fi funk and folky pop. Album highlights top and tail the album, with the LP’s final track “Bome Nnwom” straying briefly into soft industrial techno territory thanks to its metallic percussion while the title-track is as catchy as they come, even if your native tongue isn’t Ghanaian.
Listen/buy vinyl

If there’s a house production worth hearing this weekend it’s Soichi Terada’s “Saturday Love Sunday”, the very first cut from Rush Hour’s reissue of classic Terada material, selected by none other than South Korean funkadelic Hunee. Taken from the ‘90s catalogue of Far East Recordings, it’s safe to assume Hunee left no record unturned when compiling what can be considered the best collection of Terada material in the one place. There’s a certain professionalism that runs through each production that doesn’t detract from the soul and artistry of the music, providing an alternative from the rough and ready reissues of Still Music’s The House That Jackmaster Hater Built and Jovonn’s Goldtones released by Clone Classic Cuts.

This release sees Rush Hour back in house mode after last month’s reissue of Tryin To Survive, a collection of boogie, disco and P-funk by Surinese artist Sumy. Music on Soichi Terada Presents Sounds From The Far East is not only bright and vibrant – but fat! The melody on “Do It Again” is as cute as the voice asking ‘if you would like to do it again’, while oriental tones go from shining on “Sun Showered” to bursting on “Rising Sun Up”. There’s plodding, upbeat, deep house of “Hohai Beats” and the triangle percussion on “Low Tension” cuts through the mix like the hi-hats of Robert Hood, and listening to this has given Juno Plus grins almost as big as the one on the beaming Terada that adorns the album cover.
Listen/buy vinyl