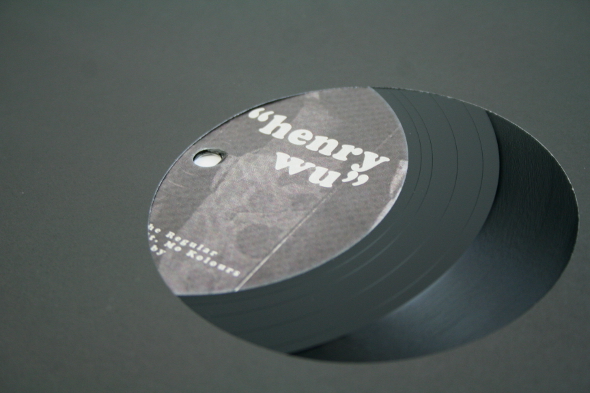 South London based producer Henry Wu has yet to break through in the same way as Mo Kolours and Al Dobson Jnr, but he seems to be making all the right moves. His vinyl debut, a split release with Jeen Bassa for 22a – the loose South London collective that also includes fellow Peckham royalty Reginald Omas Mamode IV and Thelonious – sold out in a matter of days, and has been nearly impossible to find since. Like his previous self-released EPs (still available on his personal Bandcamp store), it effortlessly blended J Dilla style dusty, soul-flecked instrumental hip-hop with elements of jazz, broken beat, synth boogie and Moodymann style deep house. To date, Wu’s productions have portrayed him as a slightly blazed, MPC-wielding beatmaker more concerned with wringing maximum warmth and soul from each beat, chord and melody, than fitting into any particular genre or dancefloor niche. 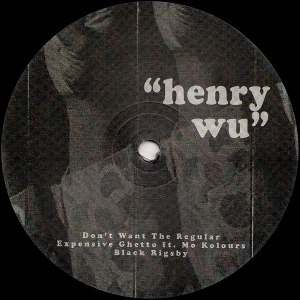 The same impression is made by the Negotiate EP, which could be considered his “proper” solo vinyl debut (it’s his first full EP on wax, after all). Dropping on Eglo offshoot Ho Tep – an imprint that seems dedicated to the art of beat making, regardless of style – it’s packed with Wu’s usual woozy chords, rich production and effortlessly soulful grooves. As with previous outings, it’s also deliciously difficult to pin down, mixing the aesthetics of Detroit deep house against dusty, sample-heavy hip-hop culture in a typically South London fashion.

“Don’t Take The Regular” features hazy, blunted vocals, tumbling electronic pianos, jazz guitars and dusty, off-kilter deep house rhythms that recall Seven Davis Jr or Theo Parrish’s smoother moments. “Black Rigsby” inhabits similar territory, though it’s stabbing chords and tipsy, D-Train-goes-tropical electronics are somewhat bolder. This track, too, is toastier than a night in front of the fire with a particularly heavy glass of rum, but is as rhythmically loose and dynamic as you’d expect. While Wu doffs a cap to his hip-hop instincts on a couple of occasions – most notably on “”Expensive Ghetto”, a tropically-minded, head-nodding hook-up with Mo Kolours – for the most part Negotiate seems primarily concerned with soul.

“Just Negotiate”, arguably the highlight of a very strong EP, could well have been made by an esteemed modern soul producer, and the heartfelt, plea-bargain vocals are simply dripping with raw emotion. The effect is heightened by the wonky swing of the slo-mo 4/4 beats, sumptuous chords and immersive bassline. Closer “Joint Seventeen” emphasizes the point further, sounding not unlike a horizontal take on vintage jazz-funk with a knowing, 21st Century bent. By the time its fluid live bassline, drawn-out Rhodes chords and jazz-flecked beats fade away, you’ll not only be feeling all fuzzy inside, but also ready for another dose of Wu’s smoky, eyes-closed goodness.