DJ Spider is Upon the Gates of the Great Depth 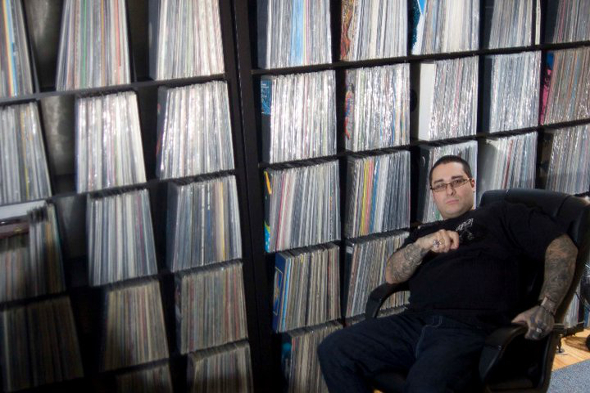 The Bronx resident will release his third studio album in March through his Plan B Recordings.

One of the more provocative activists in dance music is DJ Spider, a New York native known for his politically motivated brand of muddied house and techno that comes laced with science fiction influences. The greater part of DJ Spider’s music comes through his own Plan B Recordings, a label he founded and co-runs with Lola Rephann, aka Dakini9. Since 2013 the American’s music has escaped New York finding place on London’s The Trilogy Tapes, Berlin’s Killekill (through his collaborations with Franklin Da Costa), and Danish label Nord Records who last year afforded Spider a remix 12″ of his Northern Abyss EP that took in reworks from Steven Tang, Anton Zap, Charlton’s Tapirus alias and Token artist Ctrls.

News now surfaces Spider’s first solo release of 2015 will be his third studio album called Upon the Gates of the Great Depth to be released on Plan B Recordings in March. Taking form as 2×12″, the new album follows 2013’s vinyl reissue of Spider’s debut and originally digital-only album Nemesis Rising from 2009. It provides Plan B Recordings with a second release of 2015 following the third edition of the Underground Sounds series issued earlier this month, and to be expected the 11-track album is full of thought provoking narrative. Dramatic track titles and artwork are complmented by quotes by Abraham Lincoln, David Rockefeller and author Aldous Huxley that adorn the reverse sleeve. Read more about the visceral nature of DJ Spider’s music in our 2013 interview.

Plan B Recordings will release Upon the Gates of the Great Depth by DJ Spider in March.