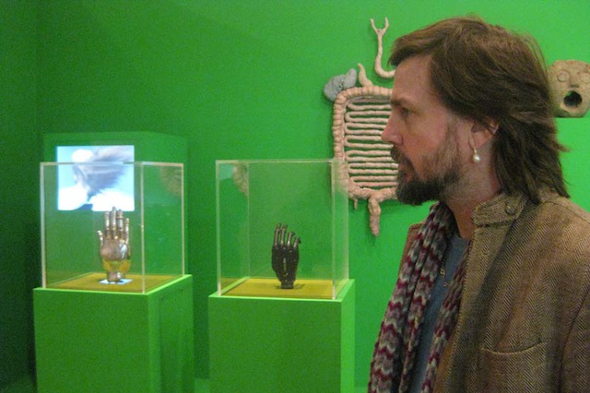 Noted German artist Florian Hecker was last seen on PAN back in 2010 when the label granted his 2003 album Sun Pandämonium, a vividly green vinyl issue. Several LPs for Editions Mego and Lorenzo Senni’s Presto!? later and Hecker’s return to PAN has been revealed on a collaborative album with Mark Leckey, the Turner Prize winning artist known best in music terms for the Fiorucci Made Me Hardcore soundtrack which inaugurated The Death Of Rave label. Hecker Leckey Sound Voice Chimera dates back to a two day performance the pair undertook at London’s Tate Modern called Push and Pull in March 2011.

Described by PAN as “a mutant configuration of two genetically discrete solo works”, the performance saw the German break down, splice and dice elements of a vocal track from a Leckey installation with one of his own. It’s important to discuss what these installations were exactly; Hecker’s ”3 Channel Chronics” was based around distinct sounds from three speakers that reacted to physical movement, whilst Leckey’s “GreenScreenRefrigerator-Action” featured the inner monologue of a black Samsung fridge. PAN describe the resultant performance as “a multivalent, tri-part hybrid in which heavily distorted fragments of Leckey’s narrative intersperse Hecker’s synthetic textures and fidgety tonal patterns”. 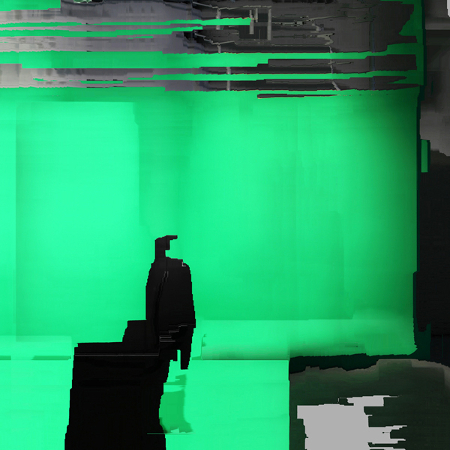