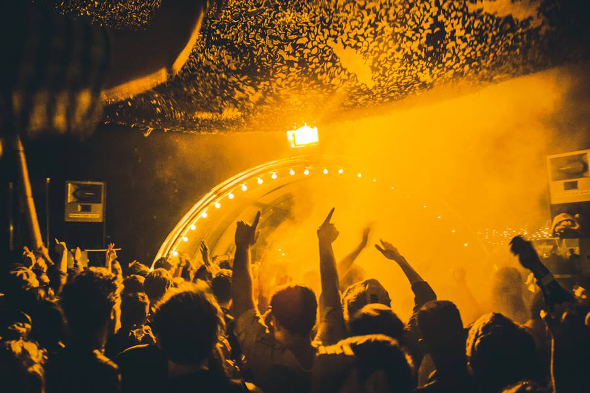 Moodymann, Lena Willikens, The Black Madonna, and Levon Vincent are amongst the names confirmed for this year’s edition of the one day festival from Dekmantel.

Commencing back in 2012, the annual Lente Kabinet has in essence laid the foundations for it’s larger sister Dekmantel festival, allowing the Amsterdam collective to feel out the logistical parameters of running large scale events. Last year’s edition at Amsterdam nature reserve Het Twiske was their biggest so far in terms of both stature and number of artists performing and the newly announced lineup for the 2015 event continues in this fashion.

Set to take place again at Het Twiske on Saturday, May 30, the festival finds headline sets from Moodymann, Levon Vincent, and Nico Jaar complemented by a couple of intriguing back-to-back bookings like Ben UFO and Joy Orbison, and Young Marco and Versatile boss Gilb’r. Recent Dekmantel addition Palms Trax is scheduled to play live, whilst the presence of Orpheu The Wizzard, Pender Street Steppers, The Black Madonna, and Lena Willikens has the Juno Plus editorial checking flight availability to Amsterdam that weekend. The festival’s strong focus on arts continues this year with a program supported by a broad spectrum of partners including EYE Film Institute Netherlands and Foam (Amsterdam Photo Museum).