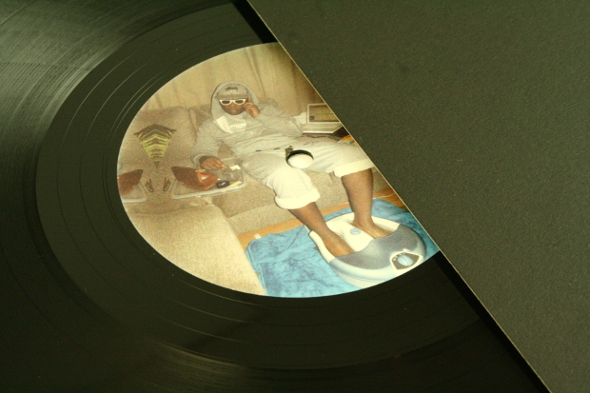 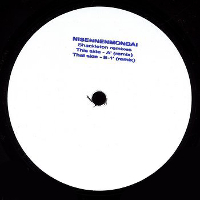 Sam Shackleton doesn’t do that many remixes but he has been responsible for a fair few in his time, think his take on Moderat’s “Rusty Nails” or Villalobos’s “Minimoonstar”. Typically for something Shackleton related, his latest remix endeavours arrive on his own Woe to the Septic Heart! label with little prior fanfare and are most intriguing. Japanese trio Nisennenmondai are the subject of Shackleton’s attentions with two tracks from the band’s fourth album N reworked into compelling new forms. Two sides of Shackleton are presented here, with the remix of “A” snaking between dizzying synth arpeggios and snatches of the post punk grooves Nisennenmondai are associated with, whilst the flip finds him attaining a degree more serenity.
Listen/buy vinyl 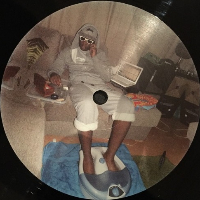 The unheralded Brassfoot was amongst those who shone on Apron last year, sharing sides with the inimitable Lord Tusk for one of the label’s best releases and he’s back now with a full 12” release. The record art may suggest Brassfoot to be well versed in the craft of the cotch, but he ain’t half-stepping in production terms on these four cuts. Three of them are exactly the sort of primal, straight to tape House exercises we come to expect from an Apron release and then there is “Senza Nome”. Here Brassfoot swerves into crazed Giallo soundtrack territory which sounds as if it was recorded on a battered Nokia phone down a well.
Listen/buy vinyl 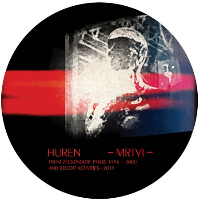 At the time the Ontario Hospital release on Opal Tapes was announced, Rich Oddie reaffirmed how important a role his production partner David Foster had played in shaping techno through his Huren project, stating: “His records on Zhark from the late ‘90s/early ‘00s predate the whole industrial techno trend by about 15 years, and have had a big influence.” Some 11 years on from Foster’s last Huren release for Zhark we are now presented with this four-track 12” from the label which links the project’s past and future. Two of the tracks here originate from over 100 recovered Huren productions found on lost DAT tapes and cassettes, paired up with brand new Huren burners fresh from the Canadian bunker. Collectively they demonstrate Foster has lost none of his capacity for bracing mind warping industrial electronics.
Listen/buy vinyl 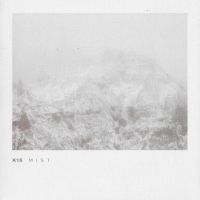 No Room For Air is the newly launched sister label to Kyle Hall’s Wild Oats and it’s little surprise to see it has a strong a stylistic aesthetic as its elder, more established sibling. Where Wild Oats trades in gritty, dynamic house and techno that looks to push Detroit’s heritage into new directions, No Room For Air offers “a fresh take on the soulful side” of their interests with releases issued solely on the 7” format. The man responsible for the debut release is K15, a London producer brought to wider attention last year on an excellent Insecurities double pack from Wild Oats. The three tracks here find K15 fully embracing No Room For Air’s MO, delivering some sumptuous, seductive modern soul music that suggests the Londoner to be a diverse talent indeed.
Listen/buy vinyl 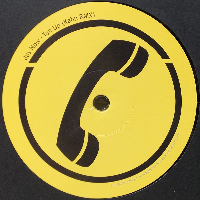 Hotline’s unassailable run of releases continues here as they coax Young Echo man Kahn and the Jus Now pairing to engage in some dubplate back scratching with suitably riotous results. Kahn & Neek’s “Backchat” will forever be synonymous with Hotline; it was the record that launched the label and their very canny guerilla marketing approach. Let’s not forget what an outright smasher the track is too, and the Jus Now production unit do well not to stray too far, adding their own percussive bump whilst retaining the sweat licked spirit of Kahn & Neek’s original. The wheel up potential in this one is very strong indeed, as is Kahn’s complementary refix of Jus Now’s dancehall anthem “Tun Up” which deviates into West Country ghettotech territory.
Listen/buy vinyl 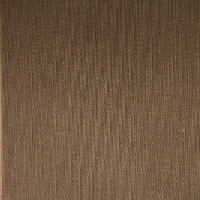 In this week’s interview with Surgeon, Anthony Child told James Manning, “it was basically the last British Murder Boys gig and we did this really indulgent, elaborate, basically performance art piece to people who thought they were going to a techno gig.” This final BMB show – filmed and recorded in 2013 – thanks to Karl O’Conner’s Downwards label, has been committed to CD and DVD for the viewing and listening pleasure of those many who wished they could have been there. Inside the humble coffer packaging comes a booklet containing pictures from the gig, and prose from Blackest Ever Black founder Kiran Sande, adding to its appeal as not only a time capsule, but a soon to be relic of electronic music.
Listen/buy vinyl 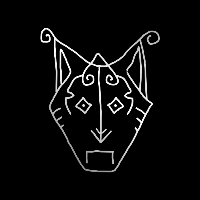 Gang Of Ducks have become a label hard to define, which is just the type of thing we love here at Juno Plus. For their first release this year the Turin-based operation arrange another debut following the 2014 introductions of Dyd and Haf Haf, and this six-track Spirits EP by Sabla is the best debut record our editorial team has heard in sometime. The label has garnered a reputation for releasing anything from abstract variations of noise, industrial, grime and house music, to whatever else you can fit under the experimental banner. Sabla, however, although still on the experimental tip, provides Gang Of Ducks with an abstruse hunk of ‘techno’ providing just the right amount of dancefloor juncture to match its beatless sound designs.
Listen/buy vinyl 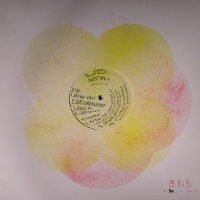 Acronyms and original, abstract house music seem to be an intriguing combination at the moment if you take into account artists and labels like SVN, SUED and SW. The latest cipher of capital letters portraying such a disposition is UD, an entity that now releases its second record on Area’s Chicago-based label Kimochi. Like UD’s debut, it calls upon the SUED crew to supply remixes, with this week’s Juno Plus podcaster SW. supplying a spaced-out mix of analogue, environmentally-influnced atmospheres. The alluring Skookum also features, a name seemingly related to both Kimochi and SUED operations, while Area also gets in on remix the action. To call the esoteric sounds of the aforementioned loungey may come across as an insult, but music like this is perfect for home-listening chill zones.
Listen/buy vinyl 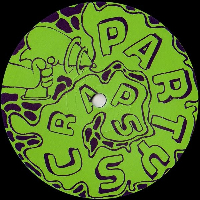 When they’re not competing against each other for Australia’s best city gong, inhabitants of Sydney and Melbourne are capable of collaborating to create something great. That’s exactly what’s happened here with Tuff Sherm, a Sydney-sider, hooking up with Sleep D, a Melbourne combo, for a release on the latter’s fledging Butter Session. With it comes the introduction of Patch Free (or is this yet again another Eugene Ward alias?) and it provides the Sherminator with his return to the label after appearing on their second record, a various artist EP. This 12”, though, comes with quite the coup thanks to a Frak remix of the EP’s jangly session of tropical heat, “Pusillanimous”, while “Party Scraps” oozes playful Detroit techno funk.
Listen/buy vinyl 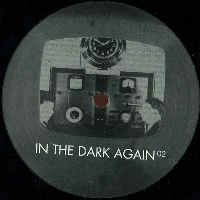 Halfway through last year In The Dark Again made public the launch of their label with a various artist 12” consisting of three names even the most encyclopaedic of electronic music documenters would be hard-pressed knowing off the top of their head. For In The Dark’s second record, however, it’s In Aeternam Vale and Ekoplekz filling the label’s grooves; two artists many of us would reel off first when asked to indentify those associated with Minimal Wave and Planet Mu. Again there’s three tracks to listen to here, with Laurent Prot providing a trademark session of vamping techno, and a great post punk session of synthwave called “I Can’t Stand It Anymore”. These productions could make a fine two-track 12” alone, so Nick Edwards’s “Jazz The 403” almost finds its way to the label as a bonus cut of smoked-out synthtronics – yes please.
Listen/buy vinyl