The soundtrack in the Juno Plus office this week came through albums by Sherwood & Pinch, Mumdance & Logos, Zenker Brothers and Egyptrixx, alongside 12″s from Felix K, Seven Davis Jr, Oren Ambarchi and more. 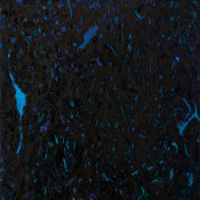 One of the most talked about labels in recent times has been Ilian Tape, with the DIY operation really hitting its stride in 2013. That year the label took a chance of new, Italian artists Stenny – the Solstice Deity EP is a must – and Andrea (the two would later go on to collaborate), while in 2014 the label introduced Rupcy, Schiari and Skee Mask who all contributed to the attention Ilian Tape has received. Dario and Marco Zenker have also afforded the label records during this new and enlightened epoch too, either collaboratively or on their own (Marco Zenker’s Twenty-Three EP another label highlight) and now they deliver a fulfilling 10-track LP as Zenker Brothers. Bookend by beatless intros and outros, expect straight up four-the-floor energy, obscure sound design, synth heavy arpeggios and block rockin’ beats in between. A great techno album.
Listen/buy vinyl

Felix K – Tragedy Of The Commons (Blackest Ever Black) 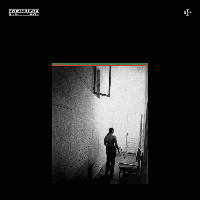 On a cold, dark London night at London’s Corsica Studios, Felix K made a rare trip to London to play room two as part of a Blackest Ever Black event. Coming on around 4am after an annihilating Source Direct set of hardcore, true-school drum and bass, Felix K, unabashed, took to the decks delivering an equally impressive few hours of high BPM sounds. It was there Juno Plus first developed a suspicion that BEB label founder Kiran Sande may have the German artist’s music in his sights. And now, almost two years on from that event, Felix K delivers an immense three-track 12” – with a huge 17-minute “Tragedy Of the Commons” a highlight – that dips between techno, cinematic narratives and Felix K’s indefinable drum and bass sound that well and truly matches up with the Blackest Ever Black aesthetic.
Listen/buy vinyl 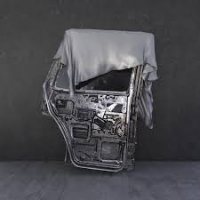 Every now and then an album comes around that melts genres down and recasts them into something new. With the resurgence of instrumental grime and the proliferation of Berlin crew Janus, it’s getting harder for producers to really make us feel as though were listening to something…‘new’. So what is Egyptrixx doing that makes us think this way about his album Transfer Of Energy [Feelings Of Power]. For starters, the album, paired with its artwork, is visceral enough to place your imagination in the factory space used in the final scenes of Terminator 2 (with a screaming Edward Furlong noticeably absent). Secondly, by and large it’s an industrial techno LP that’s inherently original, and totally different to something you’d expect from, say, AnD. Inside, you’ll find tracks burly enough for an Adam X DJ set (“Conduit (Repo))” placed next to hissing, tonal, DeepChord-like ambience in “Mirror Etched On Shards Of Amethyst”, to wonderful clamours of sound in “Disciplin//1982”. Hasta la vista baby.
Listen/buy vinyl 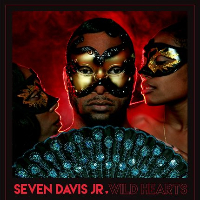 What’s to like more here; the artwork of Seven Davis Jr’s Ninja Tune debut – or the music? The wonderful title-track, “Wild Hearts”, has the gritty crunch of an old school Theo Parrish 12”, the Detroit soul of a lyrical Moodymann record, and a Stevie Wonder-fun piano section with polka-walking bassline that’s kooky enough to turn a dancefloor into a giant conga line. Jr goes grungier on the B-side with “Let Somebody Love You”, and had it not been for the distortion and grimy attitude, its pop sensibilities are something French fashion house and indie-pop label Kitsune would be desperate to call its own.
Listen/buy vinyl 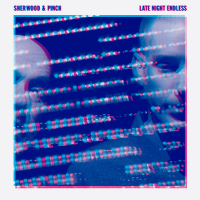 The pairing of Adrian Sherwood and Rob ‘Pinch’ Ellis has already borne the fruits of a firebrand live show that has toured all over the globe, spanning the generational gap of dubwise research and bringing out qualities of both artists to great effect. It’s a rootsier venture for Pinch, more commonly found in bleeding edge dubstep realms, while Sherwood’s own storied journey through dub experimentation receives an injection of modernity, and the middle ground is explored magnificently on this debut LP on On-U Sound. There’s still plenty of that Tackhead-esque sample trickery flitting about in the mix, while the drums fall brittle and live, but there’s an extra bite of synthesised flair at play and some undeniable bassweight that makes this a wholly worthwhile meeting of dub-centric minds.
Listen/buy vinyl 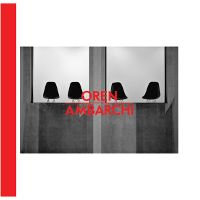 Long-serving Australian guitarist Oren Ambarchi has always been something of a touchstone for boundary-testing guitar compositions that veer from the delicate to the devastating, but it’s undoubtedly recent years where his stock has risen to the point of becoming a regularly name-checked reference point in the avant-garde milieu. His is an insurmountable discography, but 2012’s Audience Of One LP on Touch has stood out thanks in no small part to the 33-minute epic “Knots”. This new release on PAN brings together two different performances of the track – one from Superdeluxe in Tokyo, one from Unsound Festival in Krakow – both embellished with additional musicians and yielding different results. The Sinfonietta Cracovia boosted version from Poland has a particularly satisfying symphonious thrill that renders the original recording in a whole new light.
Listen/buy vinyl 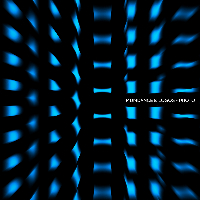 There’s been no shortage of quality hybrid UK tackle with Mumdance’s name attached to it in recent times, perhaps most notably in conjunction with Logos. The feisty pairing now present a long player for Pinch’s Tectonic stable which expands on their grimey, rave infected sound. There’s plenty of space for the production to breathe, not least on the spectral pressure of “Chaos Engine”, but this is definitely a collection fuelled by the teeth-grinding thrill of hardcore culture in all its permutations. Just look to “Dance Energy (89 Mix)” with its iconic sample or tribute to classic London nightspot “Bagleys” if you need more proof, but rest assured that in distilling the key ingredients of contemporary bass-led club wreckers, this is far from a throwback record.
Listen/buy vinyl 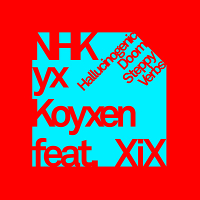 After the trio of Dance Classics LPs on PAN that announced this particular alias of his to the world, Japanese producer Kouhei Matsunaga has been on a mini hiatus (peppered with live performances), and so it’s good news to find him re-surfacing on Diagonal, a label with just the right kind of wayfaring spirit to comfortably house his equally varied approach. On the snappily titled Hallucinogenic Doom Steppy Verbs, all the facets of Matsunaga’s sound are out in full force, from the scratchy percussive rutting of “218” through swampy electro wrecker “845” and on to wild-eyed acid jam “Whispering Gallery”. It’s a playful sound-world he inhabits, melding fun and familiar tropes with malevolent experimentation, making for a very successful return to the fray.
Listen/buy vinyl 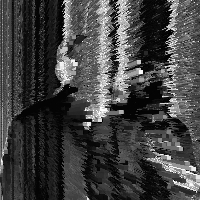 After a salvo of lauded shows of the same name, Carter Tutti have finally unveiled this expansive collection of revisions and reinterpretations of their classic Chris & Cosey material. For devotees of the original Throbbing Gristle members, it’s an exciting prospect to be able to capture these new versions in one plush package. It’s no mean feat to sound this vital more than 30 years after some of these tracks were originally written, but Tutti sounds as seductive and steely as ever, while the arpeggios bubble and the drum machines snap on classics such as “Sin” and “Heartbeat” like no time has passed. The remixes, previously released as a standalone EP last year also shed a new light on old favourites, amping up the atmospherics and spacing out the rhythms to a devastating effect.
Listen/buy vinyl 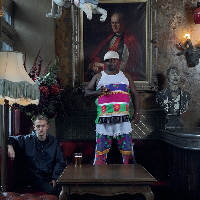 It was undoubtedly the Honest Jons Shangaan Shake series that awoke many ears to the South African phenomenon that is Shangaan electro, which largely emanates from Richard Hlungwani’s studio. Hlunwani has enjoyed a healthy spate of recognition for his Nozinja project, from remix commissions to live bookings, a single on Warp, and now this intriguing pairing on Bleep. His track will be instantly familiar to anyone already versed in the Shangaan ways, as a speedy tempo plays out playful melodies alongside Hlungwani’s sweet-natured vocals, but for the accompanying remix Bleep turned to Tessela to deliver a very different take on the source material. It’s a dark and dynamic exercise in his signature crafty beat building, featuring plenty of ‘ardcore intensity that plays beautifully off of the delicate melodic flourishes and soulful singing inherent in the original.
Listen/buy vinyl