The long serving Bristol artist will return to Planet Mu in March.

Less than a month into their 20th anniversary celebrations and Planet Mu is already shaping up to have a most interesting year of releases, with the recently issued debut of Claude Speeed complemented by potentially excellent long players from John T. Gast and footwork artist Jlin. We can now add to this list a new Planet Mu record from Ekoplekz, which follows two fine albums for the label last year from the veteran West Country tape meddler.

Due for release in March, Entropik is a two-track 12” which finds Nick Edwards applying his distinct approach to ten minutes-plus productions that pay their dues to Joey Beltram and “a certain late-eighties psychedelic drone-rock group” respectively. A press release from Planet Mu described Entropik as “slowly evolving yet with a sustained intensity, strength of purpose and emotional impact”. Edwards usually works within the long player format as Ekoplekz, though the Westerleigh Works 12” and Rock La Bibliotek EP for Perc Trax and WNCL respectively remain highlights of his discography at Juno Plus. 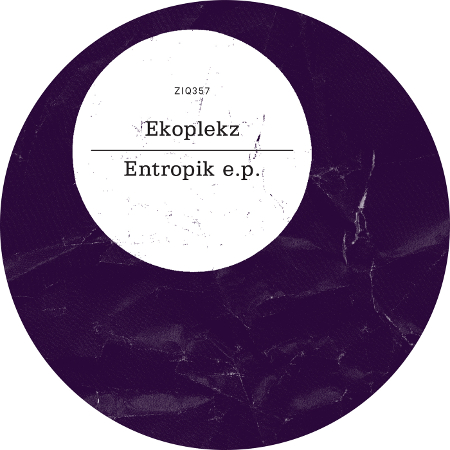