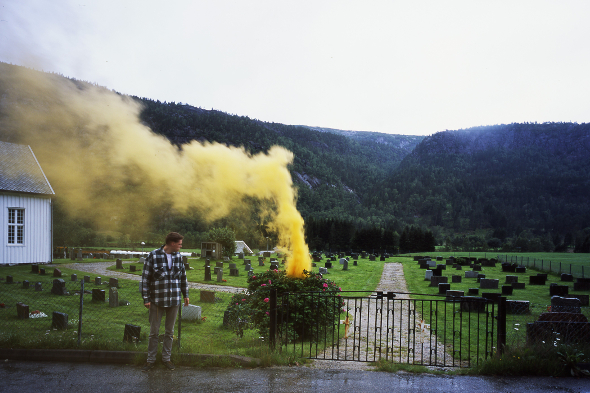 The Norwegian artist has created an interactive platform allowing communication with an online embodiment of the producer.

Norwegian visual artist and producer Lars Holdhus came to wider attention last year with releases on both YYAA and Liberation Technologies. An expert in constructing complex digital compositions, Holdhus’ music fits into a similarly emotive and hi-tech space as Arca, DYNOOO and M.E.S.H., while also engaging with his interests in code, cryptography and internet privacy. As well as making music and creating visual art, Holdhus has interests in how music can intersect with the world of technology, presenting a talk on his ideas for a decentralized music distribution network based on the Bitcoin model at last year’s Unsound festival.

Now he’s back with a new project, which sees him develop these interests into an interactive online platform called TCFX, which a press release describes as a “command centre consisting of thoughts available for those with patience”. It allows users to interact with “an online embodiment” of Holdhus through a command line interface at a dedicated website, responding to questions with both text-based answers and music. It seems to be a reasonably accurate representation of his personality – asking the noted tea enthusiast questions about the hot beverage for example, will get you an appropriate response.

TCFX was developed by Holdhus together Tljtieue Bovitobenn and digital art and design studio Remote, which has made it as visually entrancing as it is fun to use, and the platform will supposedly be expanded and upgraded in forthcoming releases. A video below demonstrates the platform, but we recommend going to the TCFX site itself and spending some time with the virtual TCF.