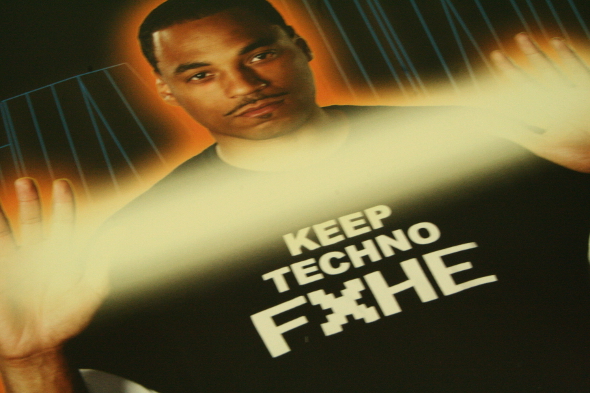 An early contender for artwork of the year from Omar S features alongside records from Phil Moffa, Untold, Paranoid London and more. 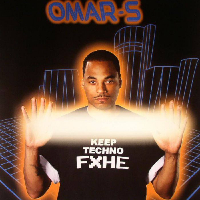 We all know how Omar S feels about artwork, but he’s pushed the boat out on the sleeve for this new release on FXHE. Riffing on the cover from André Cymone’s 1982 album Livin’ in the New Wave, the producer delivers “I Wanna Know”, a similarly ‘80s indebted piece of classic Chicago-influenced vocal house featuring the talents of James Garcia. The flip features the “Extramental” mix, which removes the vocal and extends it to a bathroom break-friendly 10 minutes. We don’t need to say much more – it’s Omar S.
Listen/buy vinyl 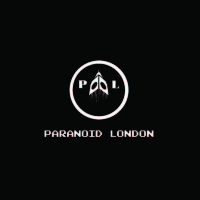 For the past few years the anonymous Paranoid London outfit have been dropping highly sought-after 12”s of stripped-back acid hardware jams with a classicist bent. Even if you don’t know the name, there’s a good chance you’ll have heard the Paris Brightledge-featuring “Paris Dub 1” in a club at some point. Now the duo’s debut album has arrived spread over two slabs of vinyl, offering those that missed out first time around a chance to own some of their early tracks alongside a handful of unheard cuts, including a collaboration with Detroit legend DJ Genesis. If you’re into the sound of a 303 and a drum machine (and who isn’t?) this is highly recommended.
Listen/buy vinyl 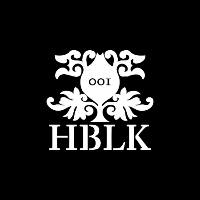 Recent years have seen Hemlock Recordings boss Untold move slowly away from the head-turning rhythms that characterised his early material into something a little more 4/4 inclined. The first release on his new Hemlock Black imprint – which focus on “futuristic physical club music” – reverse that trend, delivering two of the most twisted tracks he’s made since his R&S days. “Doff” combines blackened bass drones with ratatat rhythms, while “Phive” pairs pranged-out strings with pneumatic drums and disorientating sub-bass. Easily the best tracks he’s made for years.
Listen/buy vinyl 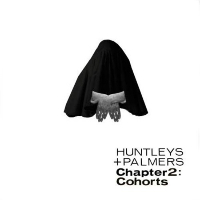 Glasgow label Huntleys + Palmers released the first volume in its series of Chapter EPs last March, featuring contributions from Carisma, Prophets Of The South, rRoxymore and Cruffy. This second volume sees the label look outside its immediate pool of talent, inviting Salon des Amateurs resident Wolf Müller, Discos Capablanca associate Oklo Gabon, Cómeme artist Sano, and Studio Barnhus producer Usio to contribute. Most exciting for us however is the inclusion of a new track from Optimo Music act Golden Teacher, the eight-minute acid throbber “What Time Is It?”.
Listen/buy vinyl

A new record from Mike Kivits is always a cause for celebration, and this fresh pair of tracks on Tom Trago’s Voyage Direct label is no exception. Perhaps the best thing about the producer’s work under the Aardvarck moniker is the way he manages to retain a characteristic signature but stay faithful to the aesthetic of the label he’s releasing on – “Thanxxx Joch” is suitably weighty but comes complete with all the colour you’d expect from a Voyage Direct record, as is the tropical percussion of “Hump”. Aardvarck’s records over the past few years have all been must-grip affairs, and this is no exception.
Listen/buy vinyl 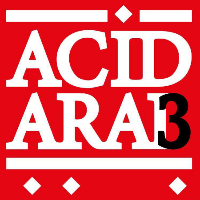 Since Hervé Carvalho and Guido Minisky started the Acid Arab project back in 2013 we’ve been treated to several entries in a series of irregular EPs, with the likes of Legowelt, Jorge Velez, Crackboy and I:Cube all contributing tracks inspired by acid and the music of the Middle East alongside the duo. The third Collections EP sees the duo return alongside contributions from Versatile boss Gilb’r and Society Of Silence, but it’s the twisted synth lines of Doug “An-i” Lee and Hugo Capablancas’ collaboration we’re enjoying the most.
Listen/buy vinyl 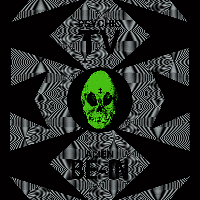 The tireless efforts of Josh Cheon ensured Dark Entries bagged a spot in our top labels of 2014, and if its first release of the year is anything to go by 2015 will be just as impressive for the label. This release sees a track from Genesis P-Orridge and Peter Christopherson’s Psychic TV project given its own 12” alongside some very tasty remixes. “Alien Be-In” was originally from 1990 when Christopherson had left and P-Orridge was entering an acid house phase, and the track still sounds surprisingly fresh, even in original co-producer Fred Giannelli’s mono mix form, which could be mistaken for a Container cut. Of course it’s the remixes from Silent Servant solo and with John Tejada that will have most heads fiending for a copy, and these hypnotic revisions don’t disappoint.
Listen/buy vinyl 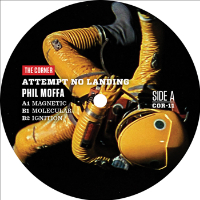 Phil Moffa has long been one of the New York’s most underrated techno talents, providing mastering duties for countless producers working in the city. In recent years he’s become known for his own productions too, teaming up with Anthony Parasole on The Corner’s second release in 2012 and popping up on DJ Spider’s Plan B label. This solo EP for The Corner shows the breadth of his style, from the bracing Mills-esque minimal of “Magnetic” and “Molecular” to the funkier sound at play in “Ignition” and comes highly recommended to fans of steely, robust techno.
Listen/buy vinyl 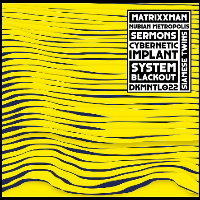 San Francisco-based artist Matrixxman had something of a breakthrough year in 2014, adding Spectral Sound to his growing discography. He kicks off 2015 with the Nubian Metropolis EP on the equally esteemed Dekmantel, delivering four tracks of jacking house that distil elements of the past into sleek, contemporary shapes for the dance floor. The wobbling “Sermons” for example sounds like a Fingers Inc track with its skeleton removed, while “System Blackout” is like a 2015 take on bleep. Arguably his best material to date and another canny signing from Dekmantel.
Listen/buy vinyl 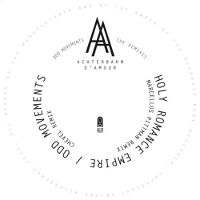