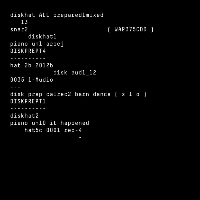 When Richard D. James returned with Syro last year, he mentioned in interviews how he had been experimenting with making music with robots. While there’s no sign of Part 1, Computer Controlled Acoustic Instruments Pt 2 would seem to be a collection of some of these tracks, and it’s arguably the most unique thing James has released as Aphex Twin. Going through the kind of delicate piano compositions that characterised Drukqs and rhythm pieces that sound almost jazz-inspired, it recommended to not just his fans, but those left a little cold by the throwback sounds of Syro.
Listen/buy vinyl

Detroit-based DJ Bone has long been a favourite techno producer for those in the know, and this release for Don’t Be Afraid should see him getting some deserved new fans. Featuring two tracks, the Differ-ent 12” presents a classic piece of minimalistic sci-fi acid techno on the A-side, and a deeper slice of brooding late hours techno on the flip, featuring one of the heaviest kick drums we’ve heard in quite some time. Don’t Be Afraid always comes through with the goods, but this is undoubtedly one of its best releases.
Listen/buy vinyl 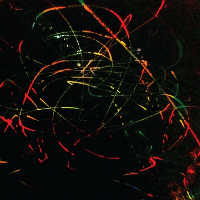 Beat Spacek is the current recording name of Steve White, the man behind the Spacek band that emerged in the 90s. Last year he debuted on Ninja Tune with an under-the-radar white label, followed up here by a killer album for the UK institution, supposedly created largely using iPhone and iPad apps. Don’t let that put you off however – Modern Streets is a richly textured album influenced by everything from drum & bass and digital dancehall through to sci-fi funk, whilst maintaining a sharp musical focus throughout.
Listen/buy vinyl 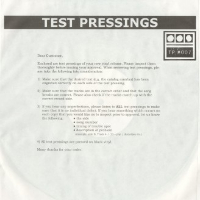 For the past two years, Demdike Stare have been issuing us with irregular 12”s of innovative club gear and bursts of industrial noise in the form of their Testpressing series. Unfortunately, all good things must come to an end, and it it seems like the pair have called time on the series with this seventh record. If it is the last, then it’s a fitting send-off, with “Rathe” a deadly piece of blasted halfstep jungle and the Wookie-sampling “Patchwork” a more lively tune with a surprising UKG influence. Seven records in and still as essential as the first.
Listen/buy vinyl 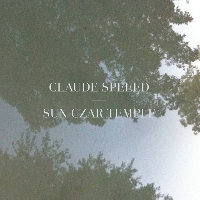 Last year proved something of a breakthrough for Scottish producer Claude Speeed, his debut album My Skeleton for LuckyMe proving a rich mix of Reich-inspired acoustic tones and digital synthscapes. Sun Czar Temple sees him make a swift return with a six-track EP on Planet Mu, and it’s a pleasing change of pace from the Luckyme album, concentrating solely on vivid soundscapes both delicate and explosive, like Oneohtrix Point Never if he were making classic ‘90s post rock.
Listen/buy vinyl

The ever-surprising Antinote label has cast its net wider than ever before with its latest release, which comes from Japanese artist Inoue Shirabe. The label’s decision to expand its interests outside of France makes perfect sense on this record, with Shirabe’s brand of techno imbued with the kind of vintage psychedelia common to most Antinote releases. The brilliantly named “You Don’t Know My Lightcycle” provides a motorik slice of melodic analogue techno while the radiophonic swirl of B-side “YSYEYXY” sounds like Cluster making music for the club.
Listen/buy vinyl 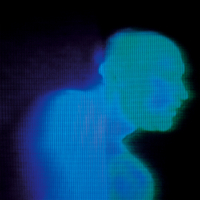 Last year Death In Vegas’s Richard Fearless rebooted his Drone label, turning it into a place for “dancefloor distortion and other musical explorations”. The first two records from Fearless himself established it as a worthy outlet for deep, psychedelic and chugging analogue music, and this third record sees the label bring an outside name into the fold. Ann Arbor-based D’Marc Cantu should need no introduction, and his Jakbeat style fits very comfortably on the Drone label indeed. If you want something deep and spacey reach for “Decay”, if you want something with a bit more grit, then “Rival” is the track for you.
Listen/buy vinyl

With his record for Creme Organization barely off the turntable, Unknown To The Unknown boss DJ Haus returns with another record. This time it’s another Dutch institution in the form of Clone that have tapped him up, for a four-tracker on its Jack For Daze series. His love of cheap electronics, acid sounds and jacking house with a ravey twist seem perfectly attuned to the Jack For Daze aesthetic, so this record is very welcome indeed – the wavey house of “Helta Skelta” remind us of the classic JFD records from Geeeman, which should tell you all you need to know.
Listen/buy vinyl 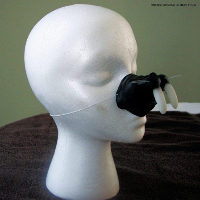 While Opal Tapes is known primarily as a cassette label, it sometimes dips its toes into the world of vinyl. Ontario Hospital’s Future Ready is one such release, and it’s something pretty special – a collaboration between Canadian duo Rich Oddie and David Foster, best know for their roles in respected techno projects Orphx and Teste respectively. Inspirations for the project include both the Ontario asylum from where the project gets his name and early Swans material, and as you could expect, the results are a dark and sometimes challenging listen. Fans of crepuscular techno are fully advised to check this out.
Listen/buy vinyl 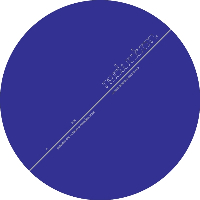 Appearing here on his Reduction label under the Population One guise, Dixon gives us three abstract techno jams whose moods range from the curious to the panic-stricken, created in a way that’s still light years ahead of everyone else. Dixon might have announced his “retirement” from making music almost a year ago, but as long as he keeps releasing records as good as this, we’re not going to question it.
Listen/buy vinyl