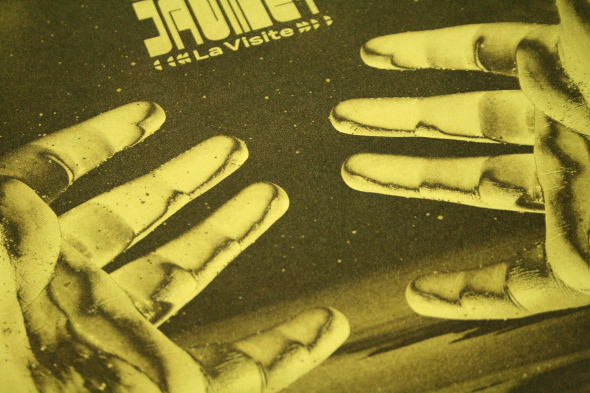 Take a trawl through Etienne Jaumet’s slowly expanding back catalogue, and you’ll start to spot recurring themes. While he’s touched on many styles over the years – either through his admirable solo work or as one half of Zombie Zombie – Jaumet’s influences and distinct musical ticks remain constant. So, while his work encompasses everything from krautrock, creepy synth-pop and tech-jazz, to dub disco, punk funk and Detroit techno – his references rarely change. 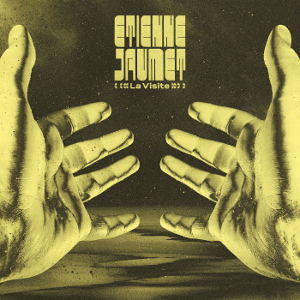 Contrast, for example, the 20-minute opening track from 2009 debut solo album Night Music – the electronic jazz masterpiece “For Falling Asleep” – and last year’s dense ambient excursion, Vents Solaires (produced alongside French synth-rock legend Richard Pinhas). While very different propositions, both feature vintage synthesizers and an unearthly, occasionally ghostly atmosphere. The latter trait is undoubtedly a by-product of his love of 1970s horror soundtracks (and, in particular, those by John Carpenter). Combine these fixations with a keen interest in jazz (his own saxophone playing is a regular feature of his productions), and you have a producer capable of remaining true to his roots regardless of the style of music he’s making.

It’s a handy calling card to have, and breeds a certain degree of familiarity. Take La Visite, his long-awaited follow-up to Night Music; while distinctly a Jaumet production, it is a very different beast to its predecessor. Most notably, it seems less concerned with the potential of tech-jazz. It’s packed with variations on his familiar themes, but for the most part he’s found imaginative new ways to draw on the same influences. Throughout, there’s an overriding sense of atmosphere – a touch dark and introspective, perhaps, but also spacious and a little intergalactic – that binds Jaumet’s stylistic experiments together. This combination of studied eclecticism and atmospheric consistency is the key to the success of La Visite; without this consistency, it would perhaps feel too piecemeal.

The fact Jaumet is an incredibly talented composer and producer helps La Visite stand out; lesser artists might not convince by beginning with the foreboding computer voices, druggy arpeggios, sharp synthesizer melodies and metronomic pulse of “Metallik Cages”, then follow it up with the lazy electronic grooves, poetic spoken word vocals and hazy saxophones of “La Visite”. It also allows him to switch between the jaunty, eyeliner-clad, synth-wave influenced Italo of “Stuck In The Shadow Of Your Love”, and the low-slung leftfield jazz of “Moderne Jungle”, where densely layered saxophones spar gently with tumbling synthesizers, bubbling electronics and a surprisingly sparse groove.

While the album’s spine is taken up by a trio of impressive synthesizer workouts – the Carpenter style creepiness of “The Dirty Part of the Dust”, the atonal, Debussy-does-ambient of “Module Mou” and the melodious, dub-tinged chugger “Anatomy of a Synthesizer” – it’s what comes before and after that’s of more interest. For this writer, he leaves the best until last, finishing with the mesmerizing “Midnight Man”. It sees Jaumet wrapping drifting chords, bittersweet synthesizer motifs and double-tracked melodies (seemingly a combination of guitar and his beloved saxophone) around a tactile, slo-mo groove. The track bubbles away attractively for eight minutes, before breaking down into a series of stretched out, slightly psychedelic chords, thus leaving a long-lasting after-taste. It’s easily the album’s most evocative moments, and may well be Jaumet’s most impressive composition yet. Given his strong track record, that’s saying something.

1. Metallik Cages
2. La Visite
3. The Dirty Part Of The Dust
4. Module Mou
5. Anatomy Of A Synthesizer
6. Stuck In The Shadow Of Your Love
7. Moderne Jungle
8. Midnight Man