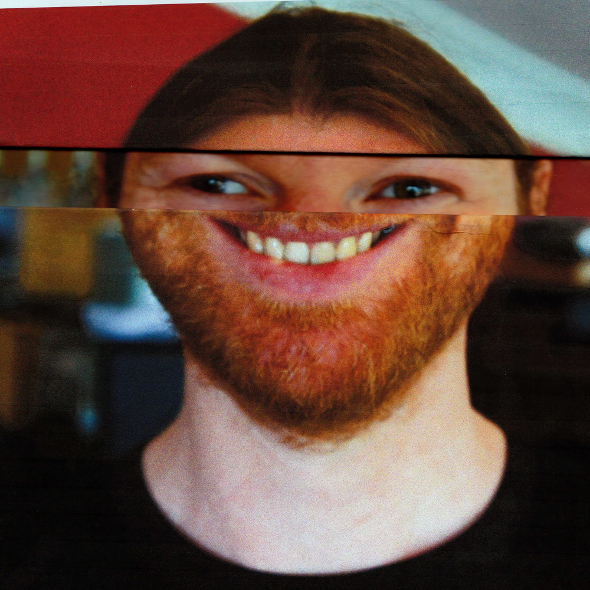 The enigmatic Richard D. James will follow up last year’s Syro album with a new EP later this month.

Speaking to Pitchfork last year, Richard D. James explained that the release of the long-awaited Syro album was something like the” end of a chapter”, allowing him to release some of a backlog of music that had accumulated since 2001’s Druqks.  “It’s like, “OK, fuck that lot off.” Now I can now concentrate on some new stuff,” he explained. It now seems as if we’ll be seeing these fresh fruits of his creativity earlier than anyone probably expected.

Announced today via a typically oblique press release from his label Warp, the Computer Controlled Acoustic Instruments Pt 2 EP will arrive on January 23. While there’s no information on what the record contains or where Part 1 is, Druqks did feature the use of a computer-controlled Disklavier piano, and his Pitchfork interview saw him reveal he’s been working with computer-controlled percussion.

Due to the confusing nature of the press release we’re not even sure how many tracks the EP has or what they’re titled, but what we’ve included what we assume is the tracklisting below along with the artwork. Or it could just be a list of robots, we’re not sure. 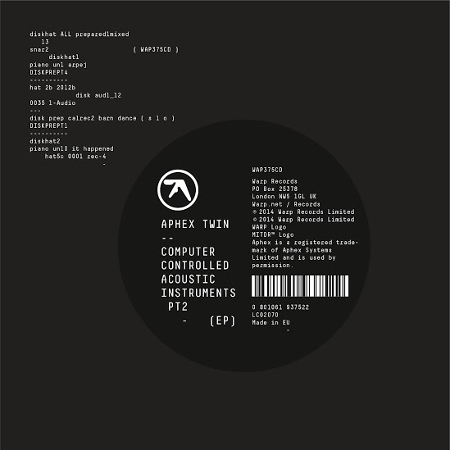 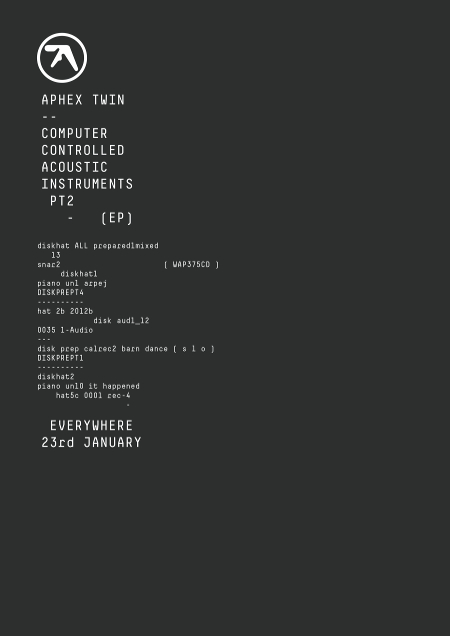