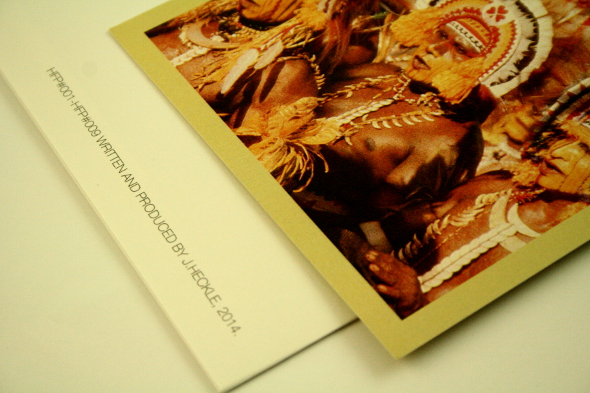 As the Head Front Panel series winds its way towards a conclusion, there is of course plenty of speculation about who could be involved in the series (editors note: the project has been revealed as the work of John Heckle subsequent to the submission of this review). It’s been a diverse proposition, leaning towards tough overdriven techno with firebrand energy, a truckload of ideas and a fearless desire to get confrontational. It’s the kind of anonymous project that matches up to the hype such ventures attract. Against their better judgement many a record-buying beat freak will find themselves swept away in the romanticism of mystery white labels. After all, it’s not a new phenomenon, and in the case of Tabernacle’s offshoot sublabel, the music is good enough to set the mind racing regardless of its presentation. 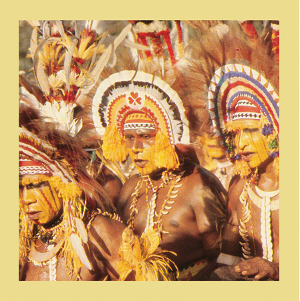 Interestingly, this ninth instalment in the series finds a few housier elements coming in to play, and it sheds a different light on what has come before. It feels on the whole like Head Front Panel has been a fierce celebration of slamming, in-yer-face principles in techno, albeit deftly side-stepping lumpen monotony to keep ravers on their toes at all times. The more temperate qualities to be found on HFP#009 however remind you that all the way through there has been a surprising amount of musicality at work. Everything has been bright and melodic, even on tracks nudging past the 140 bpm mark.

“A2” on here is definitely the more techno-orientated track, particularly thanks to the loopy arpeggio that comes on like a bloated Robert Hood motif, but curious chimes and coos of a distinctly 80s nature offset the more rigid machinations. “A1” is a positively charming offering, draped in synth finery the likes of which few producers can elicit from their machines. There’s plenty of punch in the track, with a steadfast box beat punching out the rhythmic instruction and some warming bass splats playing along, but the wobbly pads and optimistic high end notes keep things delightfully floaty at the same time. It’s still imbued with a techno spirit, largely the doe-eyed, Detroitian, yearning and hopeful kind, but the groove lends itself to the immediacy and friendliness of house.

It’s a similar duality at work on “B1”, although here the musicality comes through bubbling organ notes, dubby chords and a finely-chiselled acid line. The intricacy of the overlapping melodies has a techno complexity about it, but then the gentle insistence of the beat buffets you into the track without any kind of a shove. After the gutsy attitude of most of the Head Front Panel series, it’s a surprisingly easy ride. It’s also one that edges closer to revealing the source for these treasured jacking gems, for within the tracks exists a strong identity that few contemporary hardware hammerers possess. If the curtain is to be raised at the end of the 12” series as has been suggested, many an avid digger will be kicking themselves for not spotting it sooner, or perhaps nodding with smug satisfaction at having deduced the mystery.

As always, that’s not what’s important though, and the cessation of the Head Front Panel series will certainly be a loss for it has yielded some truly vital techno cuts. Here’s hoping that the fevered interest it has garnered will see more of the material getting issued in the future. A debut live set at Tresor last month suggests that may not be too far-fetched a dream.