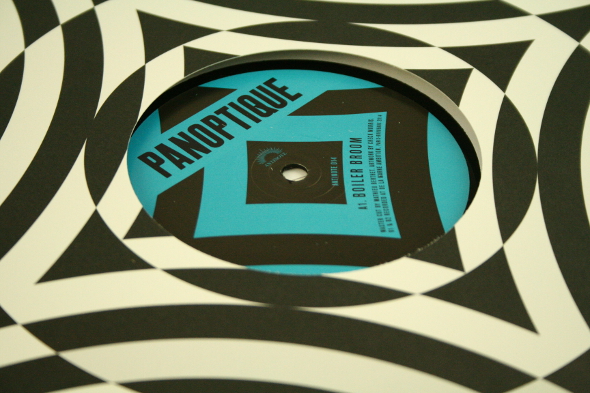 The Antinote train keeps on rolling as a one-stop shop for some of the most essential unearthed gems from the fertile underground of French techno and electro curiosities, and once again an unfamiliar name is presented to us in the shape of Panoptique. With but a couple of obscure compilation releases behind him, Bordeaux-based Panoptique makes a debut release here that more than steps up to the other shamanistic machine mantras that the label has dealt in thus far. 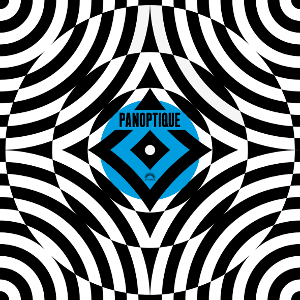 At twelve minutes “Boiler Broom” is a sizable statement of a track, not least one that stays in the place for the first ten (before a curious footnote of found sound and spun back records), but it’s not a piece that feels static. The sequencing of the drum machine rhythms is all more than adequate to keep the energy levels up throughout, but that’s not what makes the track truly special. Instead it’s the simple trick of the synth that lingers over the whole tune, made up of a spooky chord with a few choice variants every bar.

It’s that kind of all-permeating, jazz-inflected sound that injects a wonderful sense of mystery and seduction into the track, and around it the acidic arpeggios and boxy beats can do no wrong. That’s not to belittle the arrangement though, as there are some wonderful moments of percussive calm, shifts in gear and occasional diversions that prove this isn’t a track relying on one repeated trick but rather a bounding, limber techno incantation of the highest order.

As if by way of contrast, “Interlude 1” takes a more overtly esoteric route led by a tape-warbled synth line gradually infected with atonal wraiths of pad and shuddering industrialisms, seeming to ever build towards a climax that doesn’t sound promising for the subject matter of the soundtrack. Within this somewhat disturbing environment the odd refrain of expressive keys injects a potent amount of soul, as the tape–warble synth too strains into a more harmonious state, and so teasing swells of soundtrack balladry form together for just a moment before melting back into the uneasy undertow of the track.

“Interlude 2” operates a lot more like a typical interlude, finding a short and sweet idea and exercising it for a couple of minutes. It’s a warm sketch of a synthesiser incidental that packs plenty of layers of sound into its time frame, and you’re left wondering as it fades out whether “Interlude 1” began that simply before blooming into the multifarious beast it is now.

If there is one distinct quality about Panoptique that comes through, it is the use of melody to create its magic and mysticism. From the techno strains of the A side to the fuzzy diversions of the B side, there are some obvious and some subtle tricks deployed in the making of the music, and it does indeed make the music. Teasing that line between harmony and discord with flair, Panoptique has tapped into the wayfaring spirit of Antinote to a marvelous effect.