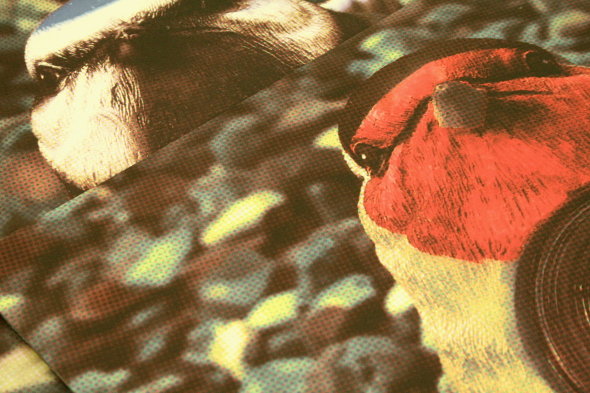 Though Marco Sartorelli has always stated that he perceives techno “as more of a musical expression rather than a tool to make people dance,” the majority of his output until now has killed two birds with one stone. When the drums on 2011’s “The Vox Attitude” double up on themselves, it makes even the smallest dancefloor feel like it’s plummeting down an abyss, and 2012’s “Don’t U Want” repackaged a First Choice vocal sample into a cavernously addictive record. And while recent work such as this year’s Fanfara EP saw him gravitating towards the dronier, abstract side of the techno spectrum, Visione continues that trajectory, moving him entirely away from four to the floor rhythms entirely. 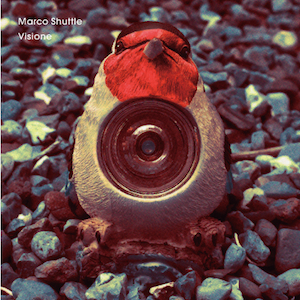 Perhaps the presence of and collaboration with fellow Italian noisemaker Donato Dozzy helped re-assure Sartorelli of the new direction present on his first full length album, which is guaranteed to redefine perceptions of how many permutations techno can traverse before we have to call it something else entirely. The collaboration in question, the aptly named opener “The Chaos”, comes creaking and groaning to life like an abandoned automotive plant that a gale force wind begins to blow through, slowly rising in clanking moans and a persistent, droning stomp of a bassline. Eight minutes in, everything subsumes, static crackles ominously in the background like a coming storm.

But “And Then…” follows with brazen anti-climatic sentiment, and Sartorelli spend the next five minutes repeating a single, oscillating tone, drawing it out to near-painful lengths before it fades into darkness, nothing but a dulled kick-drum wheezing in the ensuing empty spaces between notes. As a combination, the two tracks set out a clear moratorium on any vibrancy or joy: Abandon hope all ye who enter here.

However, if one of Sartorelli’s skills has remained intact from his more dancefloor-inspired work, it’s the fluidity which sounds smudge and haze into each other. While “Buona Visione” begins with the calming, organic noise of a gurgling brook and a looped crow caw, it transforms in tone and shape so slowly and incrementally that it’s not until the end of the track that you realize you’re listening to the sound of a bomber pilot in a nosedive, careening towards Earth. These drone experiments may rub raw the nerves of those interested in Sartorelli’s more floor-focused work, but “Masay Lama” finds the album hitting an invigorating stride, marked by a snowstorm flurry of percussive beats tapped out over each other, the closest harkening to older tracks like “I Wanna Dance… in Outer Space” that he’ll allow.

And while “Elephante” keeps some of the jittery, skittering beats of “Volts”, it’s stomping trumpets and ominous brass instruments form the colossal core of the track. There’s something decidedly unsettling about the feeling of “Elephante”, conjuring century-old feelings of colonial dread; one’s mind harkens back to images of grisly big game hunting expeditions in Kenya, moustachioed men with rifles posing for photographs over the bodies of giant fallen animals. Fortunately, when reflectively cosmic synth jam “The Way Out” comes on, it’s a welcome respite. For those of us (this writer included) who’ve come to respect Sartorelli for the precision and succinctness of ideas executed in his dancefloor 12″s, Visione is an admittedly hard pill to swallow at times if you’re looking for something straightforward. But as an entire body of work, it traverses through a huge volume of ideas and moods in its 45 minute runtime, representing several entirely new sides of an already complex, multi-talented producer.

Whether or not the closing track’s title is a sign that Sartorelli has finally found his ‘way out’ from conventional four to the floor techno is up for debate (somehow, given the volume of his output to date, it’s hard to imagine that he won’t continue to dabble in dancefloor fare), but if Visione sets the oft-chaotic, oft-cinematic direction that his future material will follow, it’s a doomy path that fans of abstract dancefloor expressionism will gladly tread.