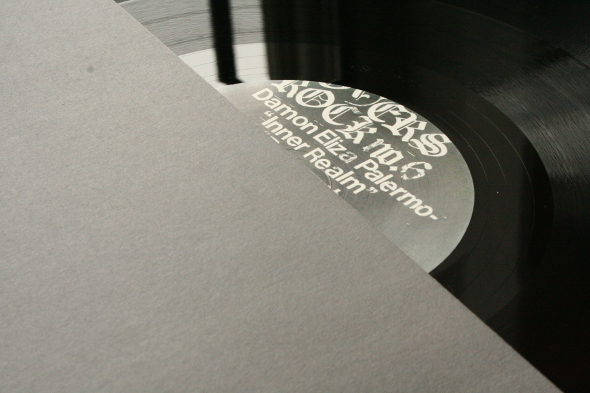 There’s an identity shaping out of Ital’s Lovers Rock imprint, and it’s making for one of the finest outposts for dreamy techno you could wish for. It’s not all mellow and wistful (although some of it definitely is), but even in its tougher moments a spirituality seems to emanate from the tracks that has resulted in every release thus far being utterly essential. After a string of more artist-focused releases, this sixth installment makes the wise move to invite a few more characters along and thus further establish the characteristics of the label. 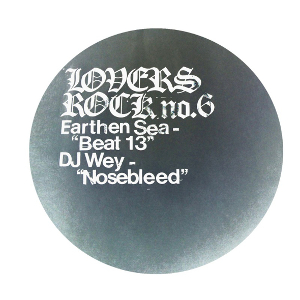 Former Ital collaborator Jacob Long made his presence felt on Lovers Rock with the Earthen Sea 12” Mirage earlier in 2014, some six years after he had helped inaugurate the label as part of Mi Ami. For fans of that last single, “Beat 13” will have much of what you crave. The crisp and finely delayed drums fall in a satisfying stereo image that sucks you straight into the heart of the track, which in this case is a gently distorting chord bath infused with an extra splash of resonance to yield that gravely overloaded tone. It’s a welcome texture in the context of such languorous surroundings, but the drums equally ensure you won’t be left snoozing in the midst of this thoroughly immersive dubby house concoction.

For those of you getting heavy-lidded at the back, DJ Wey is on hand to throw the proverbial chalk rubber in your face with a rowdy offering that stands at odds with Earthen Sea’s placid postulations. There’s a bit of ghetto swagger about those drums, while the lead synth line has the kind of face-contorting potential that Woolford must have known he had found when making “Erotic Discourse”. It’s a simple premise that revels in ugliness, but as explained above this isn’t a one-dimensional track. From the heavy flanging drums to the sneaky bass fill, there are other elements at work to make this track unique, and more to the point the relentless mid-range hit of that lead synth reaches a meditative plain after a certain amount of time. Punishing it may be, but it sure ain’t mindless.

Damon Palermo is still listed as a member of Mi Ami, the band he shares with Ital and once did with EarthenSea, and it gives another family twist to a release such as this. His approach on “Inner Realm” is closer to EarthenSea’s brand of emotive melancholia, although he reaches for strafing arpeggios over looming pads, and he shrugs off drums in favour of pure machine sequenced pulsation. This is zero gravity electronica of the highest order, giving any lover of analogue synthesis a hefty portion of beautifully realised nourishment as it bounces and echoes anchorless into the sky.

That leaves it to Ital to round the EP off with his own “Resonant Chamber” and from the title alone you can tell that he’s heading down the rabbit hole into dubby realms. The level of delay and reverb even in the first hushed strains of the track corroborate this suggestion, and so a murky yet ultimately cosy track takes shape with all the hallmarks of Echocord-style dub techno. It’s always been a strong thread in Ital’s music, and likewise with the music he has released on Lovers Rock thus far, yet over the course of a track he edges his own identity through thanks to the right kind of melodic swells and shaped chords. There’s nowhere to hide in the mammoth feedbacks of the approach, and he makes it work.

Indeed you could look at the whole of Lovers Rock and quite cynically write it off as treading previously broken ground, and there’s nothing especially groundbreaking about any one tune on this release. However, what makes Ital and his label a worthy addition is that the music is so enjoyable, so warmly produced and well presented, that such concerns never even crop up during listening like they would with a lesser (or more derivative) contribution. More than anything, it’s a stamp of high quality that hasn’t yet been disproven.