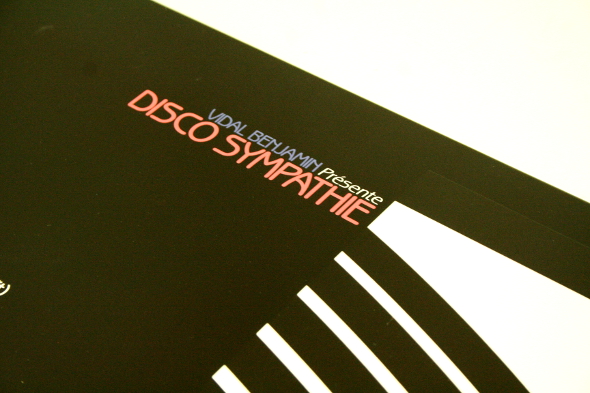 The explosion in archival disco and boogie releases in recent times poses a problem for those thinking on entering an already crowded compilation market. Where once you could get away with simply gathering together a mixture of classics, rarities and in-demand cuts, an increasingly informed public now demand more. In order to stand out, labels have to dig deeper, have a solid concept – something not seen before, ideally – and a track list that focuses on the sort of dusty, little heard tracks that will intrigue record collectors and casual selectors alike. If you can work with a renowned crate digger, that’s even better. 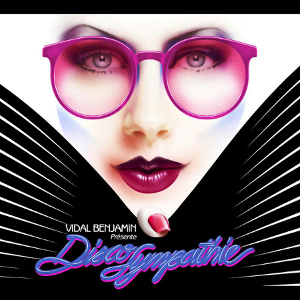 All this is achieved on Disco Sympathie, a first foray into the field of disco and boogie compilations for acclaimed Parisian label Versatile Records. It was compiled by Parisian record collector Vidal Benjamin, a man who is held in high regard by crate diggers on either side of the English Channel. Interestingly, he’s chosen to focus on the French scene of the early 1980s, and Disco Sympathie reveals it to be a fertile but largely overlooked period for Gallic pop and dance music. The pop part of it is key, as much of the material on Disco Sympathie comes not from those making disco and boogie records for a living, but rather pop acts – both established and aspiring – trying their hand at US variants of boogie and disco, whilst there’s also discernible influence from British and German synth wave and synth pop evident.

Interestingly, many of these records aren’t expensive rarities – you can find copies of Sonia’s Italo-influenced synth-pop oddity “Sur Ma Musique” online for a couple of quid, for example – but rather tracks are simply overlooked or not that well known. These are records you might browsing Parisian flea markets, rather than ones you’ll need to take out a second mortgage to afford to buy. Taken as a whole, Disco Sympathie successfully portrays what was an undoubtedly quirky and eccentric period for French music, with many of the tracks featured coming across as deliciously tongue in cheek without sinking into the realm of novelty. Both the disco-pop futurism of “I Love Video” from ever-changing studio band New Paradise and the Fairlight-heavy silliness of Nicholas Skorsky’s “Harlem (Noir Albinos)” are fine examples of this eccentric side to the era.

Those seeking some dancefloor immediacy will gravitate towards the impeccable disco-soul of Laurie Destal’s “Frivole De Nuit”, a little-known 1982 jam that could easily have emerged from New York City in the same period. Other highlights include a thrilling slice of synth funk brilliance lifted from Club Prive’s self-titled 1984 debut (think rubbery bass, Prince style solos and sleazy saxophones) and the bouncing boogie of Stephane’s “Stars Sur La Platine”, which seems like a belated attempt to cash-in on the disco-rap trend (it features a Debbie Harry style female rap amongst its’ many tasty elements).

Some of the inclusions show just how over the top some acts could be – Marc Chanterau’s disco-rock chugger “Gibraltar” and the similarly camp Pilooski edit of Patrice Mondon’s guitar-and-violin-laden “Gratte-Ciel” are notable for this – but such a decision only serves to add weight to Benjamin’s central theme. As a result Disco Sympathie is one of the more idiosyncratic disco compilations you are likely to hear for some time,