The Golden Pudel resident DJ returns to Darkroom for a second time this year and we have a double pass to the event and a test pressing of her new 12″ for Lux Rec to give away.

News finally surfaced last week that Helena Hauff and F#X will release their second record together as Black Sites, confirmed as the final PAN release of another busy and interesting calendar year. Since debuting on Werk Discs last year, 2014 has seen Hauff’s wave-influenced acid techno turn up on Panzerkreuz and Solar One Music, with a fourth EP, Shatter Cone, scheduled for imminent release on Austrian label Lux Rec. As Hauff’s discography builds, so do her bookings, with Dance Tunnel promoters Darkroom inviting the skilled DJ back to the Dalston venue for a second time in 12 months. In their short existence Darkroom have brought names like DJ Richard, Florian Kupfer and Giegling members Vril and Konstantin to the English capital, with suggestion artists like Call Super and Kassem Mosse are due to play the event next year.

As we’re fans of Hauff’s music and the music policy Darkroom display we’ve happily jumped on board for this last Darkroom of 2014 by offering a double pass to see Hauff play as well as a test pressing of her latest record for Lux Rec. For your chance to win both answer the question below. A winner will be notified by email on Wednesday, December 17. 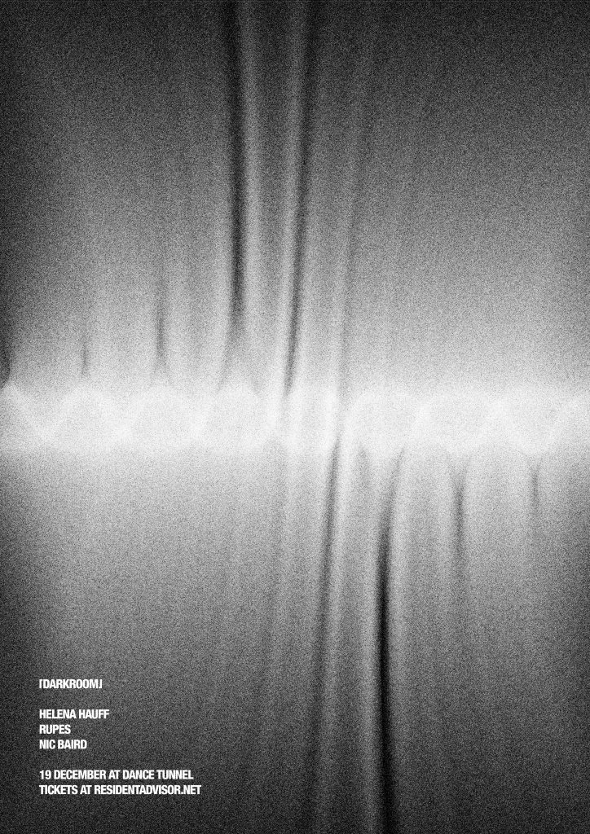