Win tickets to Regis and Surgeon 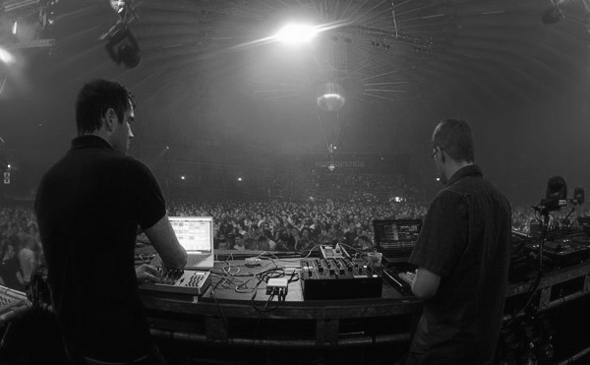 We have a double pass to see two of Britain’s most iconic techno figures DJ together for the first time in a long time as part of a run of London warm up parties planned by Bloc.

A recent acquisition of east London warehouse space Autumn Street by Bloc. Festival saw the rejuvenated event unveil an techno-heavy run of three parties in lead up to their main event in March 2015. Previous bookings at Hackney Wick’s Autumn Street, re-named Bloc for the series, included nights with Shed, Function & Inland (Ed Davenport) and Alex Coulton, to Actress and Truss & Tessela doing their live TR//ER show. What’s got us most excited at Juno Plus however is the chance to see a rare London performance by Surgeon and Regis.

The pair were last seen on stage in the English capital as part of a one-off British Murder Boys show for a 2011 BleeD night with Blackest Ever Black. For this event Regis and Surgeon will be DJing with support from BleeD man Volte-Face and Bloc. resident Rubin, and if history is any indicator, this is another special night in the making.

For your chance to win a double pass see Suregon and Regis DJ together on December 6 answer the below question – the competition will run until 2pm on Thursday, December 4 with the winning entrant notified by email shortly afterwards.

[jp_comp question=”What is the name of the most recent British Murder Boys release?”]