Records from Andy Stott, Madteo, Neana, Helena Hauff and more were among the best this week. 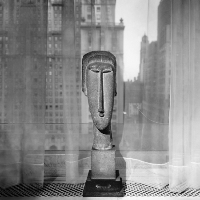 The evolution of Andy Stott as an artist has been quite remarkable to watch over the past several years. The move from dub techno to what became known as “knackered house” back in 2011 on We Stay Together and Passed Me By was surprising enough, as was the inclusion of vocals on Luxury Problems, but his transformation into fully-fledged songwriter on Faith In Strangers is the biggest curveball yet. His production is still as dense as ever, but the contributions of regular vocal collaborator Alison Skidmore takes his sound into an expansive new realm, providing it with a soul you never knew his music was missing. Stott has delivered some classics in his time, but this absolutely tops everything he’s made to date.
Listen/buy vinyl 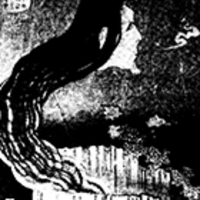 Back in 2012, as he was poised on the edge of widespread acclaim with his Noi No album, Madteo released the Mad Dip Revue cassette on The Trilogy Tapes. Containing 45 minutes of original material from the producer, blended into one murky whole, it still stands as one of the label’s highlights. Great news then, that Aaron Siegel has convinced both TTT and Madteo to let him re-release some of the tracks from the cassette in unmixed form on one 12” for FIT offshoot Est. 83. Filled with grubby basslines, blunt rhythms and screwed up melodies, it still stands out as one of the best moments in leftfield house music of the past few years.
Listen/buy vinyl 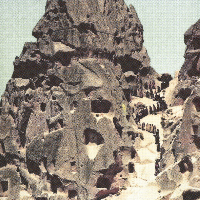 Since Gunnar Haslam first appeared on L.I.E.S. early last year with the Mimesiak album he’s lent his bleak yet strangely alluring brand of techno to labels including Delsin and Mister Saturday Night. Mirrors & Copulation sees him return to Ron Morelli’s label with a second album in as many years, and it shows just how wildly unpredictable the producer is. Throughout the album’s more delicate moments you get the impression the producer has been influenced by his recent collaborative work with Tin Man. It’s not all plaintive acid however, as the furious techno rhythms of “In Argo Teurano” demonstrate.
Listen/buy vinyl 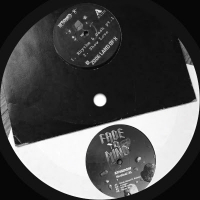 Night Slugs has been exceptionally quiet on the release front this year, with only Bok Bok’s My Charizmatic Self EP, a reissue of Dat Oven’s “Icy Lake” and an L-Vis 1990 white label thus far. Each and every one has been up to the label’s usual standard however, and this label debut for the hotly-tipped Neana doesn’t disappoint either. In true Night Slugs White Label style, the two tracks are no-nonsense bangers primed for the club – “Bow Kat” takes ballroom and Jersey Club influences and reinforces them with a steely frame, while his bootleg of Kingdom’s “Take Down Notice” is a killer piece of fractured club music sounding like a stripped-back take on Jam City’s grime revisions.
Listen/buy vinyl 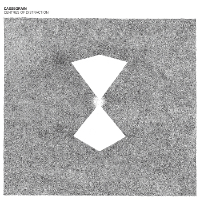 Cassegrain have come a long way since quietly debuting on Kevin Gorman’s Mikrowave label in 2010. Alex Tsiridis and Hüseyin Evirgen have since gone from pet project to centralised components of Prologue and the deep techno sound Tom Bonaty’s label proffers. The duo’s debut album Centres Of Distraction follows this year’s Blood Distributed As Pure Colour 12” (the title-track from it one of 2014’s heaviest) and the Tiamat mini-LP, a record later rebuffed by Mike Parker, Svreca, TM404 and Ed Davenport as Inland. Deserving of the praise they receive, the Berlin-based pair deliver a 10-track album staunchly designed with the dancefloor in mind, openly embracing abstract and atonal elements of four-to-the-floor techno while harbouring enough conceptual detail and sonic force to appease the strictest of audiophiles.
Listen/buy vinyl 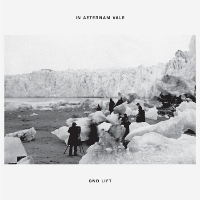 2014 really has been In Aeternam Vale’s year, building on the momentum of his archival releases on Minimal Wave to come through with an all-new live show and fresh material on Jealous God – not bad for someone whose career didn’t get the recognition it deserved 30 years too late. Gnd Lft sees the Frenchman return to Minimal Wave with another essential three-track 12”, with the title track a mind-bending 14-minute slice of brooding techno. Those looking for some wave-inspired material will be all over “J’ai Mange Des Nerfs” and “Animals Don’t Mind”, the primitive sounds of which sound like they’ve been encased in amber for 30 years.
Listen/buy vinyl 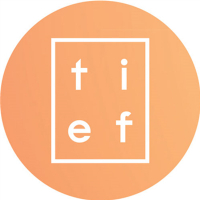 New material from Mr Beatnick is always a cause for celebration, especially given the fact it’s been over a year since his Synthetes Trilogy dropped on Don’t Be Afraid. This new four-track 12” for the label arm of London’s premier deep house night Tief doesn’t disappoint, collecting three new productions with all of the producer’s typical blend of rhythmic swagger and warm melodic intricacy – the rippling acid bassline of the title track is a particular delight. Man of the moment Francis Inferno Orchestra delivers a thumping revision of “Ice Cream Strut” that turns it into the sort of hidden delight you might hear in a Detroit flea market.
Listen/buy vinyl 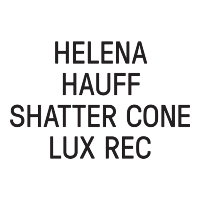 While we’re still waiting patiently for the second Black Sites 12” to drop on PAN, we can at least console ourselves with the solo return of Helena Hauff, this time on Swiss label Lux Rec. Hauff has released a fair amount of material since her Werkdiscs debut last year. but we can safely say that Shatter Cone is her best; “Accidie” and “Severe Slash” are punishing 303 workouts at their finest, while “Furthermost Nevermore” dials things down for the kind of slow acid you might expect to hear on an Andreas Tilliander record. The highlight? “Hiemal Quietus” where Hauff turning her hand impressively to wave without compromising on the forward momentum than makes her tracks so deadly.
Listen/buy vinyl

Fraxinus – All Ends (Her Records) 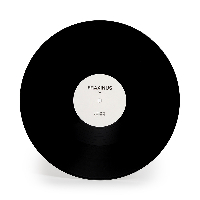 The Her Records label has delivered some of the year’s most inventive club music, giving even Night Slugs a run for its money in the deconstructed club music stakes. None of that music has come out on vinyl however, making this first wax endeavour for the label exciting news for those who still swear by turntables. First up on the imprint’s white label series is Fraxinus, who delivers two bootleg takes on Big Ria’s 1996 Baltimore standard “Knuckleheadz”; the more raucous “Off Ends” is our pick, a Jersey club-inspired banger guaranteed to inspire gunfingers.
Listen/buy vinyl 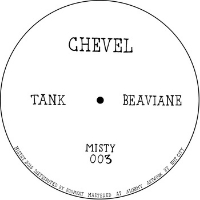 Beneath’s Mistry label has been one of the year’s most rewarding new labels, putting his wide appreciation of techno from the UK and beyond into practice across some interesting artist choices. The latest is Italian producer Chevel, whose releases for labels as diverse as Non Series, Stroboscopic Artefacts and Vae Victis have shown his take on the well-worn sound of hardware techno to be some of the most inventive in the game. His Mistry debut is some of his strangest material to date; the odd blips and churning bass of “Tank” are a lot more brittle than the name suggests, while the abstract clatter of “Beaviane” sounds like a chewed up take on Beneath’s swung rhythms.
Listen/buy vinyl