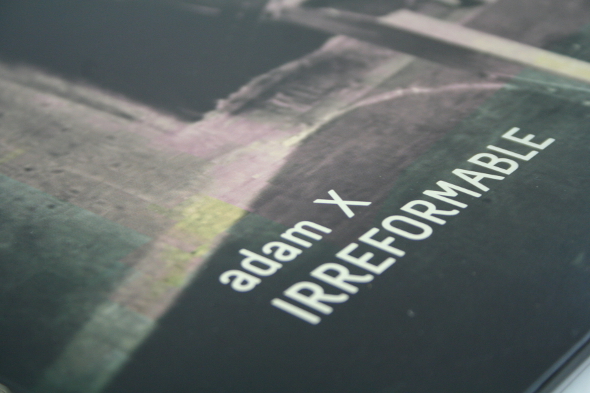 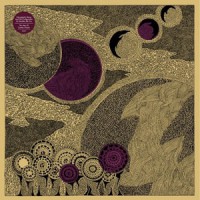 Those of you who don’t spend all day every day surrounded by new records will no doubt appreciate a release such as The Seer Of Cosmic Visions. Given the highly prolific nature of Jamal Moss under his assortment of aliases, it’s hard to keep tabs on everything the Mathematics boss puts his name to. Therefore this collection from Planet Mu offers a rather neat primer for the casual Hieroglyphic Being fan or those unfamiliar souls of an inquisitive mind. It does capture the contrasting styles of Moss quite well, with the scraped abstract sonics of “How Wet is Your Box” offset by the spiralling and spiritually enlightening journey through the Sun Ra cosmos that is “Space Is The Place (But We Are Stuck On Earth”.
Listen/buy vinyl 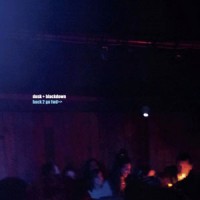 Glance at Keysound’s releases these past few years and there’s no doubt Dusk + Blackdown are fully committed to using the label as a platform for emergent talent to shine – E.M.M.A. Logos, Wen and Moleskin being just four examples. Therefore it’s hardly surprising it’s been two years since the last Dusk + Blackdown release of note (their third LP Dasaflex). Making the sight of this Back 2 go FWD>> double pack most welcome indeed. Paying titular homage to seminal London club FWD, the eight-track double pack feels like a good barometer of where the rolling 130BPM sound the label has been pushing these past few years is at. In addition to the five Dusk + Blackdown originals, Back 2 go FWD>> also includes remixes from Horsepower Productions and Facta, producers that respectively represent where Keysound have come from and where they are heading.
Listen/buy vinyl 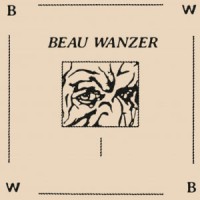 Arriving with the minimum of prior fanfare, this Untitled LP is the first substantial offering of solo material from Chicago’s Beau Wanzer and it really does deliver. Whilst we know Wanzer is capable of everything from loop driven power techno to brutish, serpent like EBM as one half of Civil Duty and Streetwalker, these 12 tracks represent something a lot more personal. Culled from six years of recordings made from 2002 onwards, this LP will appeal to anyone that was charmed by the bizarre cocktail of mangled vocals and odd wave that was Wanzer’s recent Power Outage 10” for Nation. It’s worth investigating for cuts like “Headspace” and “23132” alone and we hope there is more to come. Check here for a more comprehensive review of the album.
Listen/buy vinyl 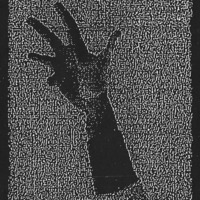 Originally planned for release back in July, this fifth transmission from Brixton label Going Good has been worth the wait. Reach offers a further introduction into the sonic world of Nummer, a London-based French duo formed of Silvère Letellier and Emmanuel Corre whose one prior release for Peur Bleu promised much. Corre and Letellier have apparently been working together as Nummer for four years, and it certainly shows here as there is a confidence to the manner in which the tracks mutate and reveal themselves that has you pulling the needle back to greedily soak up new detail. Across the four tracks Corre and Letellier venture through richly detailed house, techno, electro and ambient movements and do so in a manner that leaves you flush with a desire for more.
Listen/buy vinyl 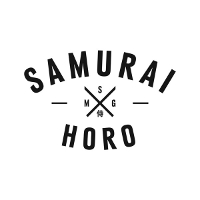 Something different is brewing over at Samurai Horo, the adventurous sub-label of drum and bass operation Samurai. Ena is a Japanese artist who is forcing the stronghold of drum and bass and dubstep loyalists to think outside of the box when it comes to defining their genre. This six-track Dirt EP succeeds Ena’s Horo debut, Bacterium, from earlier this year, while also preceding his forthcoming album, Binaural, due for release at the end of this month. No matter how you classify Yu Asaeda’s music, there’s no denying the alien atmospheres and warped drum designs of his work is anything short of experimental, and for a direct hit of his skewed creativity check out “Chiasma” and “Gab”.
Listen/buy vinyl 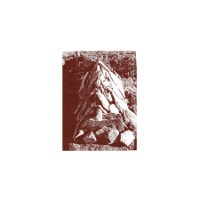 For a reminder of how good lo-fi techno can be in 2014 let Abdulla Rashim and Varg’s Ulwhednar collaboration provide a snapshot of the distorted yet soulful variety of the genre that refuses to bleed into an industrial mess of noise. 1520 is the duo’s second album in two years which follows their two cassette releases of 2013 and debut album from last year entitled LP which helped define the anchorite sounds of the then burgeoning Northern Electronics. It provides Rashim with his second full length of this year following his Unanimity LP made under his own name, and together with Varg the two create the perfect combination of brittle techno and freezing, windswept sound design.
Listen/buy vinyl 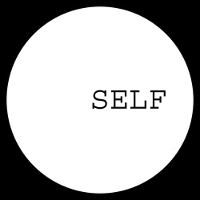 It’s snowing Scandinavian techno at Juno Plus this week with the inauguration of the label SELF, an acronym for: Swedish Electronic Liberation Front. A second release by Rivet has already been announced, but inaugurating the label is Martin Skogehall and Thomas Jaldemark’s maritime techno project Fishermen. The label suggests its part of a movement; “A movement against the one-sidedness of the producer-consumer relationship. A movement against the hurried Zeitgeist. A movement against the grain.” So with the all the talk on revolution in the air at the moment thanks to Russell Brand, why not funnel some anarchistic energy into the clubs too.
Listen/buy vinyl 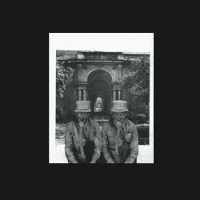 Since featuring in Richard Brophy’s Separate Mind column, A paean to the crumbling boulevards of totalitarian hubris, the name Dez Williams is one that’s slowly entered our workplace vernacular. He’s a producer Brophy will champion given the chance, but from our end the Elektronik Religion founder first hit the site for making his way on to Nick Höppner Panorama Bar 04 mix from 2012. More recently, however, he made news by supplying Bedouin Records with a third release, Strength In Numbers, which comes packed with a grating remix by Ekman, and Power Vacuum boss Bintus, that only compliments the UK producer’s deft skill on a 303.
Listen/buy vinyl 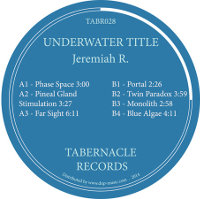 Earlier this year tireless DJ DVS1 wrote on his Facebook page after a long haul DJ session at Berghain and Panorama Bar: “And to some of those that saw the crazy ladies dancing in the booth. That was my Mom and my Aunt.” But additionally, he added a link to Jeremiah R.’s “Illuminated Process” to inform those who asked what his final track of the night was. That cut came from the producer’s debut on Chevel’s label Enklav., and now the electro enthusiast appears on Tabernacle – previously a home to Juno Plus favourites John Heckle, Mark Forshaw and Anom Vitruv – with a seven-track mini-album we can only assume is inspired by Drexciya. Underwater Title is as caustic and bubbly as Gerald Donald and James Stinson’s seminal electro-techno designs, while also offering two dollops of typical Tabernacle house via “Far Sight” and “Twin Paradox”.
Listen/buy vinyl 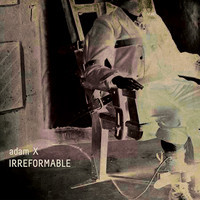 In recent times Adam Mitchell’s efforts have focused on his Traversable Wormhole and ADMX-71 side projects. Since 2010 he’s released three records under his usual Adam X moniker with releases on Prologue, his own trustworthy Sonic Groove, and SCR Dark Series, a label associated with Berlin club Suicide Circus. As we reported back in August, it’s rare for an album to be released on Sonic Groove, and the last full length for Adam X-solo was for the prolific, CD-loving Rustblade label, specialists in noisecore, power electronics and industrial music. Mitchell, as to be expected, packages those aforementioned genres into Irreformable his first LP on Sonic Groove since ’98, although there are lighter productions like the minimal “Catenary”, however there’s no denying the vocal stanza of this LP’s heaving title-track will rock the club and be a classic for years to come.
Listen/buy vinyl