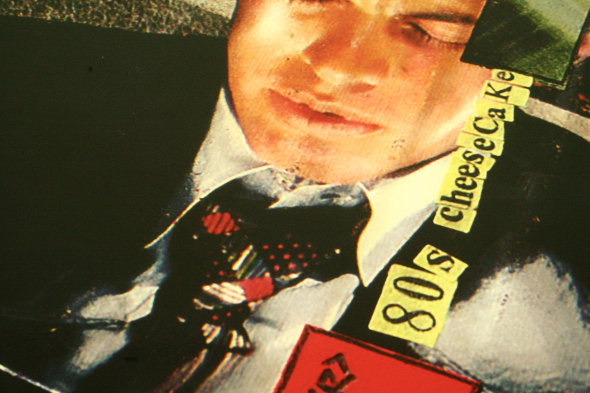 Tom Ellard would probably object to a long review of ‘80s Cheesecake, considering his biography consists of the following brevity: “I was born, and then I was here. To be continued.” But what the Australian-born producer may lack in gab, he more than makes up for with ingenuity – though Ellard wasn’t one of the founding members of the Severed Heads (who went by the even-less-amicable name “Mr. and Mrs. No Smoking Sign” at the time of their formation), he saw the band through their transformation from 80’s proto-industrial before moving into experimental electronic synthpop and post-punk, and was ultimately responsible for both some of their greatest commercial successes and some of their fuzziest, most inaccessible oddities.

Ellard’s creativity wasn’t limited to the group, and in 1982 he issued two cassettes comprised of solo material, largely informed by more loop-based material, the Roland TB-303 bass synthesizer and TR-808 drum machines. Though Ellard later reissued both the ’80s Cheesecake and Snappy Carrion tapes in CDr format in response to some hugely inflated prices for the originals on eBay, it’s taken some three decades and the efforts of Dark Entries to grant the material this wider vinyl release it truly deserves. 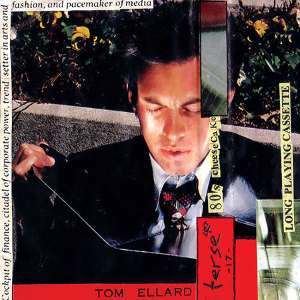 It feels a bit hard to believe ‘80s Cheesecake is actually over 30 years old now – especially since leading album track “Anthem 82” was used as the opening track to Joy Orbison’s BBC Radio 1 Essential Mix earlier this year. It’s understandable why; sizzling radio distortion eventually breaks apart, giving way to an oddly hopeful flute line, piano keys, and a wordless vocal harmonization line that all cement into something unmistakably optimistic. Despite the fact Ellard’s work has been characterized as having an “obsession with the ugly and horrific”, “Anthem 82” holds up alongside the more uplifting of the Severed Heads catalogue – one of the occasions where the discordant takes a backseat to the melodic.

It’s far from the standard form that the rest of the release abides by. One moment Ellard is channelling a poppier Cabaret Voltaire with “The Ritualistic”, and the next, you have “Our Work For Love At Home” which sound like a Vereker outtake minus a kickdrum. Though it’s unlikely anything else sounded like the squiggly techno car crash of “303B The East Is Red” at the time, its undoubtedly affected Tim Sweeney, James Murphy, and probably the majority of folks who’ve released on DFA Records in the last decade.

When Ellard does make his vocals a component of the track, he sounds as confident and blissed out as any of the Heads’ best material. “These Are The Words” finds him crooning meta-commentary about the very structure of the track he sings on while an intrusive sound effect that sounds like a crane being operated up and down by an amused toddler zooms around the periphery. These out-of-control sound intrusions are integral to the unpredictability of ‘80s Cheesecake. “Word” dances around mechanical buzzsaw sounds, and background TV noise, still managing to jam out a heated 808 drum machine pattern that somehow not only endures all the chaos around it, but is made all the more urgent and moving by that very noise.

Whether 20 Jazz Funk Greats was formational to the way you listen to music now and you’re looking to unearth more proto-industrial pioneers, or even if you’re just interested in exploring how the fringe edges of dance music were mapped out by some of its earliest cartographers, Ellard’s uncontainable creativity is on full display here, screeching at the top of its lungs, daring you to try and walk past without staring.