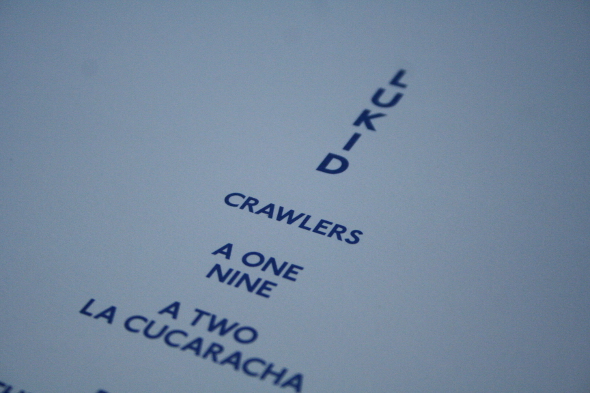 Two years is a long time in electronic music. In the 24 months since Luke Blair delivered his last record as Lukid – the Ninja Tune/Werkdiscs released Lonely at the Top LP – the musical landscape has changed considerably. In particular, Blair’s trademark sound – raw, distorted, unsettling and dreamy, with gritty textures and almost overbearing tape hiss – has become the norm, in techno and experimental electronic circles, at least. Where he could once have been considered a leader in this field, he is now merely one of many pushing a sound that contrasts melodious intent with redlined drums, dystopian textures and crusty production. 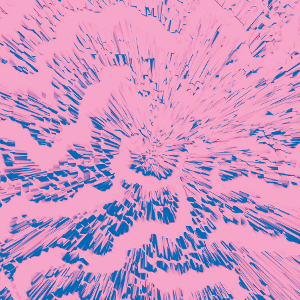 Then there’s his knack for delivering releases that lurk in the margins. His ability to blend elements of techno, post-dubstep, IDM and ambient into paranoid, melancholic new shapes is legendary. Again, he was once a leader in this field, standing on his own like some kind of post apocalyptic scarecrow. Now he finds himself surrounded by imitators, or at least a swathe of producers who, like Blair, find solace in realising the potential of distorted rhythms, intoxicated electronics and noisy textures.

All this makes Crawlers, Blair’s belated return to action for Liberation Technologies, an intriguing proposition. Will he stick to his guns, showing imitators few can do dystopian quite as well, or charge off in another direction? He has had two years to tweak his sound, after all. Interestingly, he seems to have chosen to push the boat out more, drenching his tracks in even more tape hiss, vinyl crackle and electronic feedback. Even by Lukid’s own standards, Crawlers is particularly raw. “Nine”, the most obviously floor-friendly production here, is noticeably tough. It’s the sort of thing you’d expect from Kowton and Peverelist, say, and is in sharp contrast to the drowsy chords, sketchy melodies and hissing, often downtempo rhythms associated with Lonely at the Top.

It is, though, breathtaking. Clearly designed for dark, dingy basements and powerful soundsystems, it fixes a fluttering, snaking synth line – tweaked and manipulated to within an inch of its life, of course – to a pulverising, angular rhythm and surging, post-dubstep bassline. The fizzing but sludgy cymbals, which provide a constant source of energy, are simply relentless. It’s not quite techno, dubstep, grime or Autechre-style machine abuse, but something else entirely; a kind of industrial strength onslaught designed to please and worry in equal measure. It’s Blair’s most obdurate release for some time, and a triumphant return to the dancefloor. It feels like he’s thrown down the gauntlet, offering a timely reminder he’s been a master at this type of throbbing dancefloor fuzz since the mid 2000s.

While the rest of Crawlers fails to reach these dizzy heights, there are still many reasons to be cheerful. With its reverb-laden dub techno chords and over-excitable offbeat rhythms, “Born In Bosnia” is also pleasingly robust. It features Lukid’s usual circular riffs, with sample-heavy pockets of texture and bittersweet melodies providing a weary counterpoint to the dense, thickset groove. It may not be as jaw dropping as “Nine”, but it’s certainly arresting.

“La Cucaracha” and “The Brick Burner”, the EP’s remaining salvos, are relatively fresh and breezy in comparison. Of course, they’re not particularly polished – the trademark hiss remains – but they’re noticeably less intense. “The Brick Burner” even features some glistening electronics and starburst melodies to offset the redlined kicks and gritty shakers that make up a large portion of the guttural rhythm. The equally wonky “La Cucaracha” – think rolling, bruk-goes-dubstep percussion, cut-up electronics and strangulated vocal samples – seems fairly cheery by his usual maudlin standards. Like “The Brick Burner” it offers a little relief – a brief pause to compose yourself after the throbbing, full-throttle assault of “Nine”.