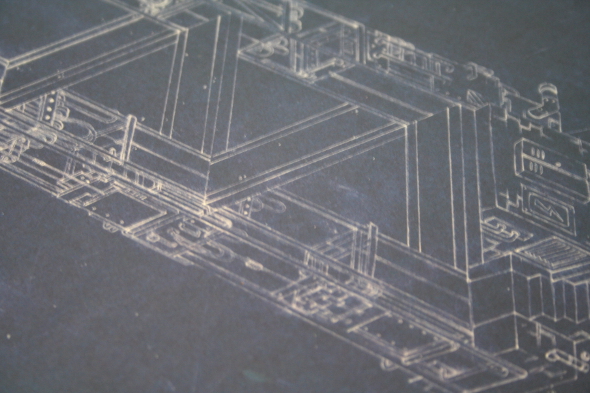 It’s been a good long while that Alec Storey has been rounding out his own brand of electro funk. Formerly operating under the Al Tourettes moniker, his emergence has been nothing if not slippery, flitting between moments of great recognition before nestling back under the radar with his not-easily-defined musical character. From soundtrack turns on Black Swan to a fruitful partnership with Appleblim, playing drums for Will Saul to a thorough championing from Mary Anne Hobbs, there have been plenty of bouts of recognition for the skills the producer possesses, but this emergence of the Second Storey alias and the linking to Houndstooth feels like the most decisive step forward for the London-via-Norfolk-and-Bristol artist. 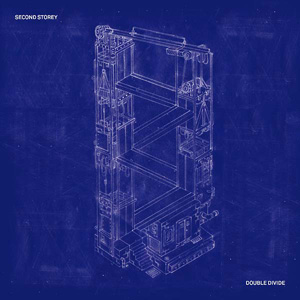 More than anything, that’s because Storey’s music is so completely out in front that it requires time on its own in the spotlight, and likewise this debut album feels like the appropriate amount of space at the appropriate time for him to really explore what he is capable of. Of course there are recognisable threads in the music, from the offbeat funk of electro to the low-end rumble of bass music, the irrepressible energy of techno and the head-spinning sound design of electronica, but the resulting distillation could sound like no-one else.

On Double Divide the style is resolutely Storey’s, and it follows a very logical path from his music that has come before it, but it also finds him opening up his sound beyond the club 12” framework. It may have never been standardised dancefloor fodder before, despite its eminent danceability, but there are so many layers of texture, sound design and emotion to be indulged without the ruthless limitations of the four-track selection process.

Take the climax of “Shaman Champagne”, where the rugged and largely percussion-focused track sheds all beats in favour of a fantastic synth configuration. The melodies twirl around with a beautiful esotericism, too far flung and magical to kowtow to the attention span of the average flippant dancefloor, even if the beat comes crushing back in full force some minutes later.

In a more overtly ‘home-listening’ move, “Devotion Notion” plunges headlong into reflective electronica led by heart-rending synth lines that dart playfully around each other, only to be usurped by an entirely new construct once the beat kicks in. It’s the tracks such as these that seem to crystalise the appeal of Storey’s music, where every painstaking minutiae of sonic detail, every flurry of audio futurism, and every audacious change of tact delights the mind. Indeed there are too many moments to list in “Devotion Notion” alone where a particular element or subtlety pirouettes in and makes you chuckle internally, like the earnest impulse to laugh with the clarity one attains in the first stages of a trip.

As well as all the heavy-loaded full-tilt tracks, the album also gives Storey the chance to explore some more incidental sounds as well, as wonderfully exhibited on “Protozoan Milkshake”. In this instance he has channeled his penchant for highly amorphous production into one particular synth study, and the simplicity of the arrangement allows the glorious madness of the sound itself to shine uninterrupted, which is a chance not many of his finely crafted sounds will get in the midst of tumultuous track progression.

Most importantly though, Double Divide makes sense as an entire listen, with the segues between tracks particularly solidifying the narrative and making for a thrilling ride, not least with the rush that the kicks on the opening of “The Overview Effects” engender. It’s a marvelous achievement for a producer that has long defied contextualisation between the dubstep, techno and electro worlds. Now, as generic boundaries seem more futile than ever, this is surely Second Storey’s time to shine.