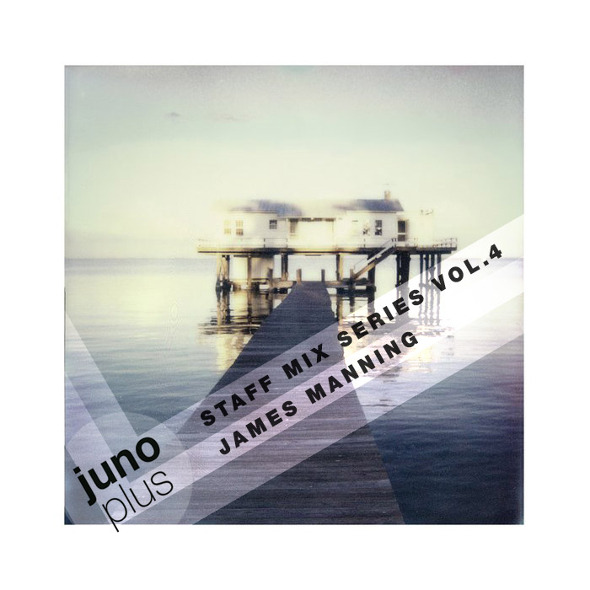 A fourth edition of the Staff Mix Series sees the focus swing back to James Manning who pulls together tracks from various spaces and places with the intention of creating a single body of sound.

This mix is a small ode to a parting summer that also welcomes in the colder winter months and grey skies they bring with it. Some of the records used were bought especially for this edition of our staff series, like Stefen Vitello & Taylor Dupree’s ornamental Captiva LP (pictured above), a record for me that plays with themes and motifs of vacations and blurred memories of beach house holidays, while the unexplainable sounds of “Liktjuvarnas Natt” from Finnish producer Rasmud Hedlund is the coldest, most isolated form of barren experimental techno I could find since my last mix.

Between the anchorite sounds of the Ljudverket label and an epic 20-minute Basic Channel classic (also purchased for your listening pleasure) is a range of ambient music I’ve enjoyed listening to during down time at home, with the addition of weirder and soulful beatless records I could find in my collection to fit. There’s some older bits by DeepChord on Modern Love, some more unknown Felix K-ish music, artistic academia from Holly Herndon (and yes I play some Moondog), to DSCRD’s debut on Parisian label Dement3d, as well as some other hard to find B2s; my favourite piece of real estate on a record.

The mix was recorded in the one take on a Saturday afternoon with the intention of creating a single body of sound rather than a DJ mix of ambient records, which lasted the duration of a cheap incense stick and a expensive brew of spiced tea.